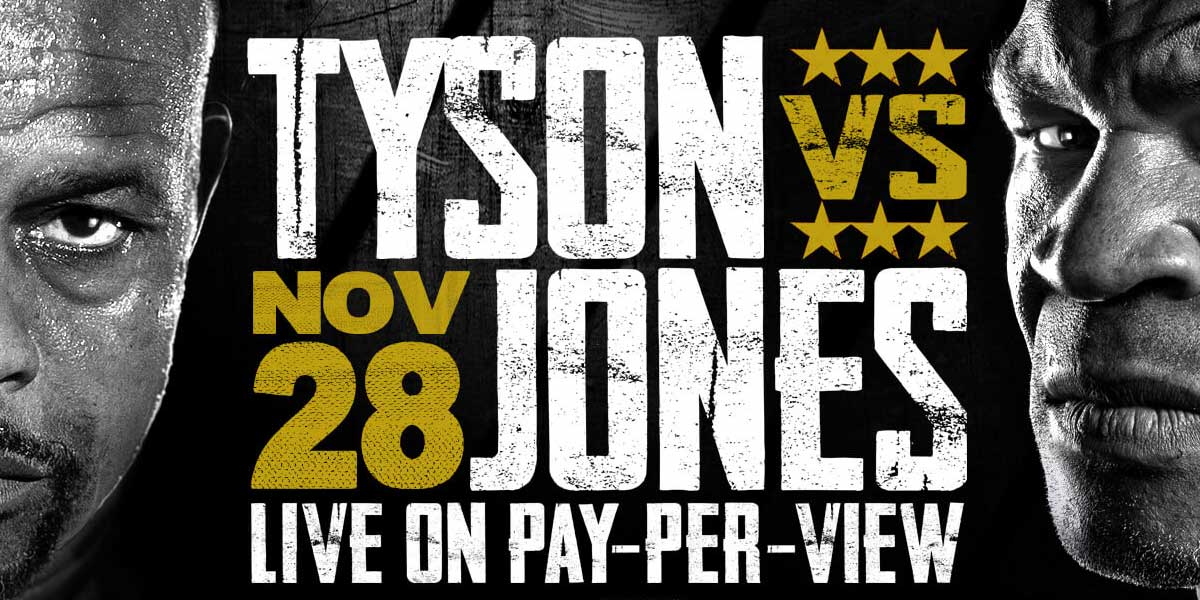 CARSON, Calif. – When Mike Tyson and Roy Jones Jr. meet for their eight-round exhibition bout on November 28, many will be wondering if they have just somehow fallen into a time machine.

Strangely enough, the year is still 2020, and the 54-year-old Mike Tyson will be fighting the 51-year-old Roy Jones Jr. in a real live boxing match.

The event was initially scheduled for September but was moved back due to the coronavirus. Now, bettors are gearing up for what will certainly be the biggest boxing spectacle of the year.

While it might feel awkward betting on two men in their 50’s beating up on each other, the important thing to remember is that both Tyson and Jones Jr. were the creators of this saga.

With that in mind, tons of betting lines are now available via the major online sportsbooks, with the majority favoriting Tyson to emerge as the winner.

When the odds were first released on the online sportsbooks, Jones Jr. opened as the -135 favorite to Tyson’s -105. The line quickly shifted in the other direction, however, with Tyson becoming the favorite after a series of media came out showing the fighter in possibly the best shape of his life since exiting the ring.

In addition to his physique, Tyson released a series of training videos showcasing his nimble head movement and punching form. This media hype led to Tyson becoming the consummate favorite on most outlets.

One of the best parts of betting on boxing is the fight props. In this case, the props for the method of victory have immense value for both sides.

A bet for Iron Mike to win via knockout, technical knockout, or disqualification currently has a payout of +125. The same for Jones Jr. is +250.

While they are only fighting eight rounds, it seems unlikely that two 50-year-old will do battle without one of them at least putting the other on the mat. Going the distance in this fight would be a surprise, which is why the odds are listed at +350 for Tyson by decision and +250 for Jones Jr.

Nevertheless, it will be an iconic battle between two of the biggest names in the sport’s history.

The fight can be seen on PPV via Triller on November 28, beginning at 9 p.m. EST.