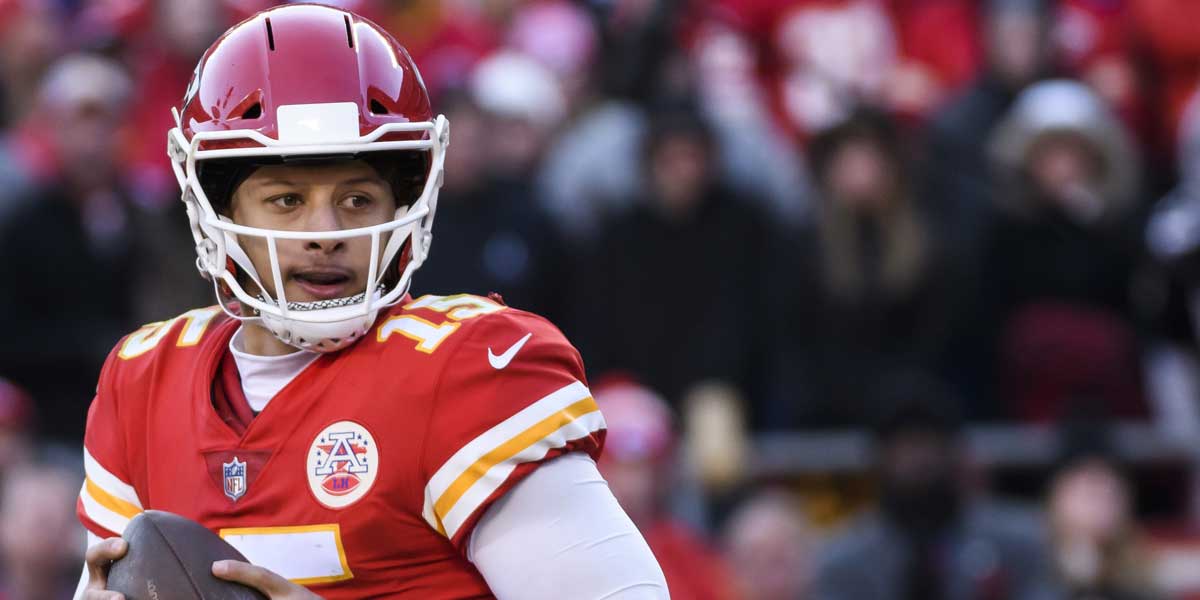 MIAMI – The 2019 NFL season is officially over with as the Kansas City Chiefs beat the San Francisco 49ers 31-20 in Super Bowl 54 on Sunday.

Chiefs quarterback Patrick Mahomes was named the MVP of Super Bowl LIV as he and the Chiefs scored 21 unanswered points in the fourth quarter to etch their names as champions in NFL history forever. But, are sports betting sites looking to early with their 2020 NFL MVP odds?

Although a case can be made that the Super Bowl MVP trophy should’ve been awarded to Kansas City running back Damien Williams who compiled 133 total yards while adding in both a receiving and rushing touchdown in the game, Mahomes received the MVP after having a postseason in which he threw 10 touchdowns and only two interceptions through three games.

In each postseason game at one point, the Chiefs were trailing by at least 10 points. Mahomes getting the Super Bowl MVP trophy felt more like a postseason MVP award and not just for his performance in the Super Bowl LIV.

That same weekend Baltimore Ravens quarterback Lamar Jackson was unanimously voted the NFL’s MVP for the 2019 season becoming the first player to do so since Tom Brady in 2010. Jackson had a stellar year as he recorded the most rushing yards by a quarterback in a single season (1,206) and led the NFL in passing touchdowns with 36.

Jackson deserved this season's MVP awards as no defense could stop the second-year quarterback as he led the Ravens to a 14-2 record.

While the confetti was still being picked up from the turf of Hard Rock Stadium sportsbooks released odds on who will win the 2020 NFL MVP with a familiar face having the shortest odds to add another NFL MVP trophy to his resume.

Fresh off the Super Bowl 54 victory, Patrick Mahomes is also listed at +400 odds to win his second NFL MVP award in three years. The newly crowned MVP Lamar Jackson has slightly longer odds at +600 while Seattle Seahawks quarterback Russell Wilson is listed at +1000 odds to round out the top three.

Mahomes, Wilson, & Jackson are talented enough to run away with the MVP trophy any given week. A wager on any of these three players would provide a better return than betting on the same players to win the award during the season.

Longshots to consider betting on for the NFL MVP award are Dallas Cowboys signal-caller Dak Prescott and Philadelphia Eagles quarterback Carson Wentz are both listed at +1600 odds.

The best value bet on the early NFL MVP odds might be the +1200 odds on Houston Texans quarterback Deshaun Watson who is coming off one of his best seasons ever. If the Texans can add more talent to their offensive line this offseason, he will be a legitimate dark horse candidate for the NFL MVP award.

With the draft and free agency looming pay attention to the players that get added around the potential MVP candidates as one good signing or draft pick can change the entire award outlook for a player.