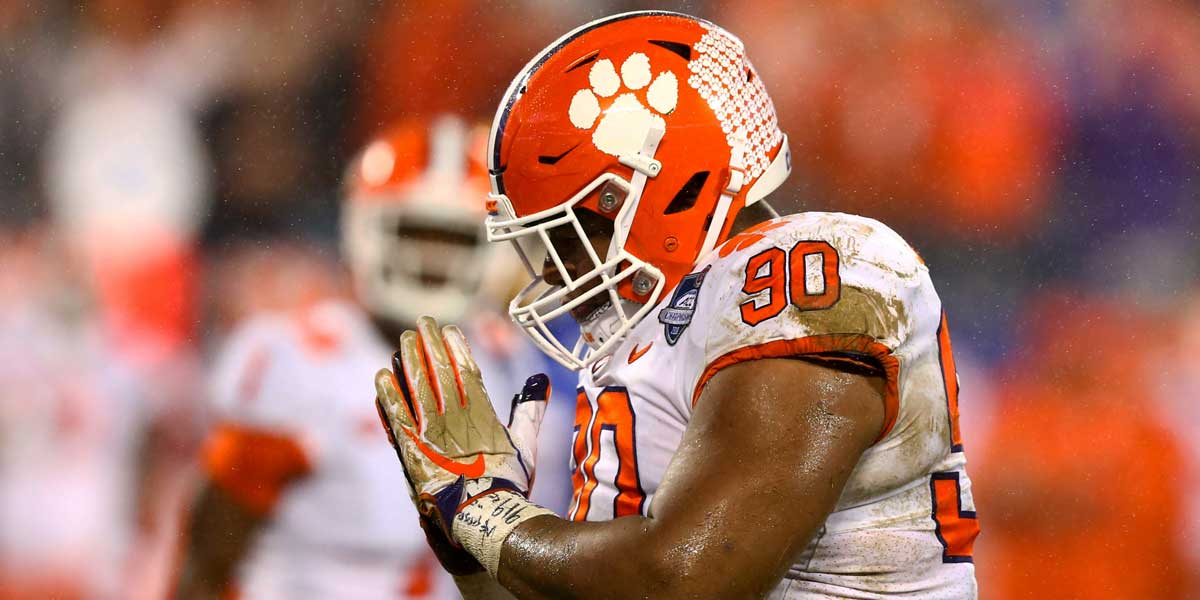 MIAMI – The LSU Tigers won the 2020 College Football Playoff championship capping off what many are saying is the single greatest college football season ever. With a new champion crowned, sportsbooks have already released odds on teams that will be competing at Hard Rock Stadium in Miami for the 2021 NCAA Championship.

The early odds feature some familiar faces as three of the four teams with the shortest odds made the College Football Playoff in the previous season.

Furthermore, betting on the odds this early gives bettors an edge because the odds for some of these teams will fluctuate through the season and the early odds usually provide the best returns.

The defending national champions will have to rebuild quickly. They’ll have to replace Heisman Trophy winner Joe Burrow, wide receiver Justin Jefferson, and safety Grant Delpit as those players head into the 2020 NFL Draft.

This team will look different next year, and head coach Ed Orgeron will have to rely on a strong recruiting class if LSU wants to remain at the top of the SEC. With teams like Alabama in the SEC West and Georgia in the SEC East, the Tigers can’t afford a championship hangover going into next year.

Of all the teams LSU on this list the Tigers have the most rebuilding to do after a national championship and their +700 odds reflect that. Expect these odds to become longer as the Tigers defend their national title.

The Clemson Tigers 29-game winning streak was snapped as they lost the 2020 National Championship to the already mentioned LSU Tigers. Falling short in this year’s title game won’t be the end of Clemson’s dynasty because head coach Dabo Swinney is arguably one of the best recruiters in college football and the Tigers will bring back early Heisman favorite Trevor Lawrence (+400) for one more season before he declares for the 2021 NFL Draft.

The Tigers' +250 odds are the shortest odds of any team to win the 2021 national title and it’s hard not to see why when they’ll have an even more experienced version of Trevor Lawrence under center.

The Alabama Crimson Tide had a bit of a down year as they failed to make the College Football Playoff for the first time ever. The injury to Tua Tagovailoa was the biggest factor in the Tide not making the playoffs this season.

Head Coach Nick Saban will be on a revenge tour reminding everyone that it’s his team that’s dominated college football for the past decade. Alabama will bring in another elite recruiting class and their assumed starting quarterback Mac Jones is an above-average starter.

The sophomore threw for 1,503 yards, 14 touchdowns, and only three interceptions in relief for the injured Tagovailoa. USA Sportsbooks  have the Crimson Tide listed at +500 odds which could be a great value bet right now. The Crimson Tide are likely to bounce back in the upcoming year and their odds are expected to become shorter as the season goes on.

The Ohio State Buckeyes were one of the early betting favorites to win the 2020 national title and with quarterback Justin Fields returning under center, the Buckeyes are expected to remain in the national title conversation.

The Buckeyes had one of the most dominant teams in all of college football a season ago, but they did fall short in the playoff after blowing an early lead to the Clemson Tigers. Ohio State’s +400 odds are the second shortest of any team and playing in the Big Ten Conference will only help the Buckeyes title chances.

As we go through the 2021 season, expect the Buckeyes odds to become shorter as Justin Fields will be a Heisman candidate and his play is what may land Ohio State in the 2021 College Football Playoff Championship game. 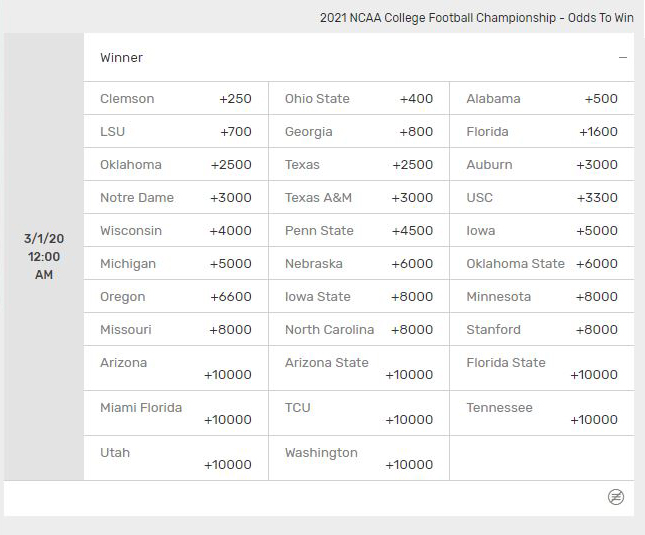