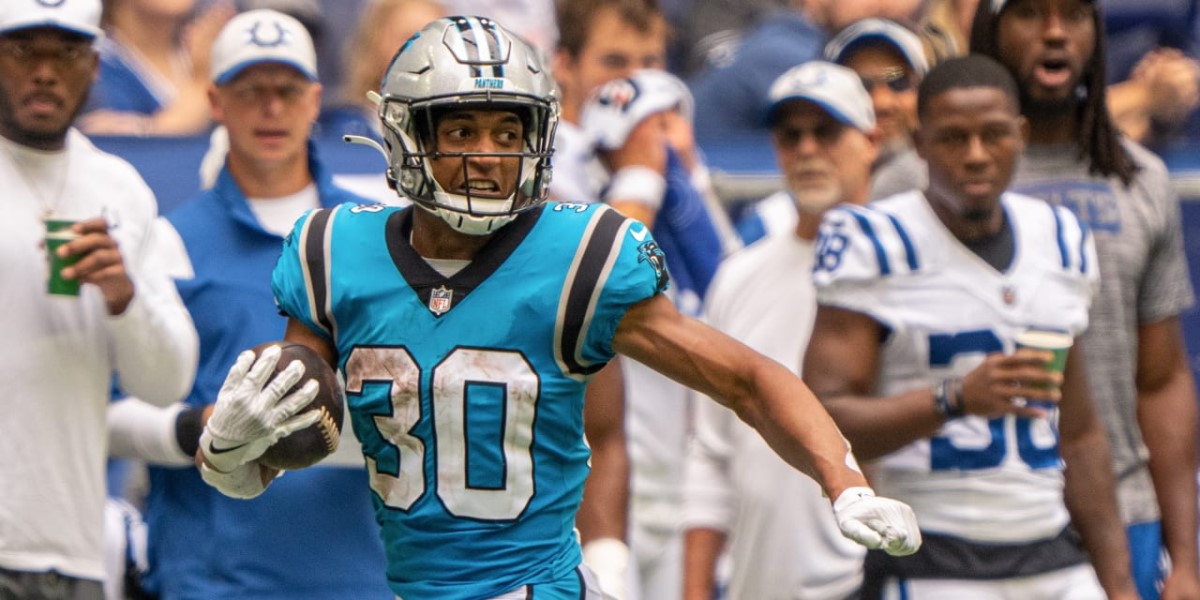 LAS VEGAS – Heading into Week 4 of the NFL season, fantasy football owners are looking for diamond in the rough free agents to add to their teams and there are plenty of options at both the running back and wide receiver position.

Using player prop odds on online sportsbooks, it can gauge how strongly to push after certain free agents. Certain players to target in free agency for Week 4 are Chuba Hubbard, Emmanuel Sanders, and Hunter Renfrow.

Hubbard saw his fantasy value soar in the Carolina Panthers Week 3 win over the Houston Texans. His value came after Christian McCaffrey suffered a hamstring injury in the second quarter of the game leaving Hubbard to finish the game as the lead back.

He finished the week going for 52 rushing yards on 11 attempts and had five receptions for 27 yards. All in all his performance was good for 10.9 fantasy points.

Currently, Hubbard is owned in 25% of fantasy football leagues and should be the main target on everyone’s radar as he will now be the lead back for multiple weeks as there is no timetable set for McCaffrey’s return.

Being that the Panthers relied heavily on McCaffrey’s usage in the first two games, Hubbard should get a huge workload and hold his value nicely.

Many were quick to count out Sanders before the start of the season being that he was listed as the Buffalo Bills WR3 on the depth chart behind Gabriel Davis. Fast track to Week 4, Sanders is the Bills WR2 following the quiet start to Davis’s season and his fantasy value is worth keeping an eye on.

Sanders is third on the Bills in targets with 22 so far and is tied for second in red zone targets with three. He has seen 6+ targets in every game this season and has gone for 48+ yards as well. NFL odds had his player total set at 42.5 yards in Week 3 and he had zero problems hitting the Over with 94 yards.

With Davis seeming like he is not going to live up to expectations, the 13-year veteran should be able to hold decent fantasy value and is only owned in 26% of leagues.

Hunter Renfrow has been Derrick Carr’s favorite receiver target outside of Darren Waller and it is time to take his fantasy value seriously. He is only owned in 11% of fantasy leagues and has the potential to be an every-week flex option and a league winner.

He leads all Raiders wide receivers in season and red zone targets and has gone for double-digit fantasy points in each of his first three games.

Backing up his value, even more, is that he hit the Over in every one of his player props in Week 3 which were set at 4.5 receptions, 46.5 receiving yards, and 0.5 touchdowns before he went for five receptions, 77 yards, and one touchdown.