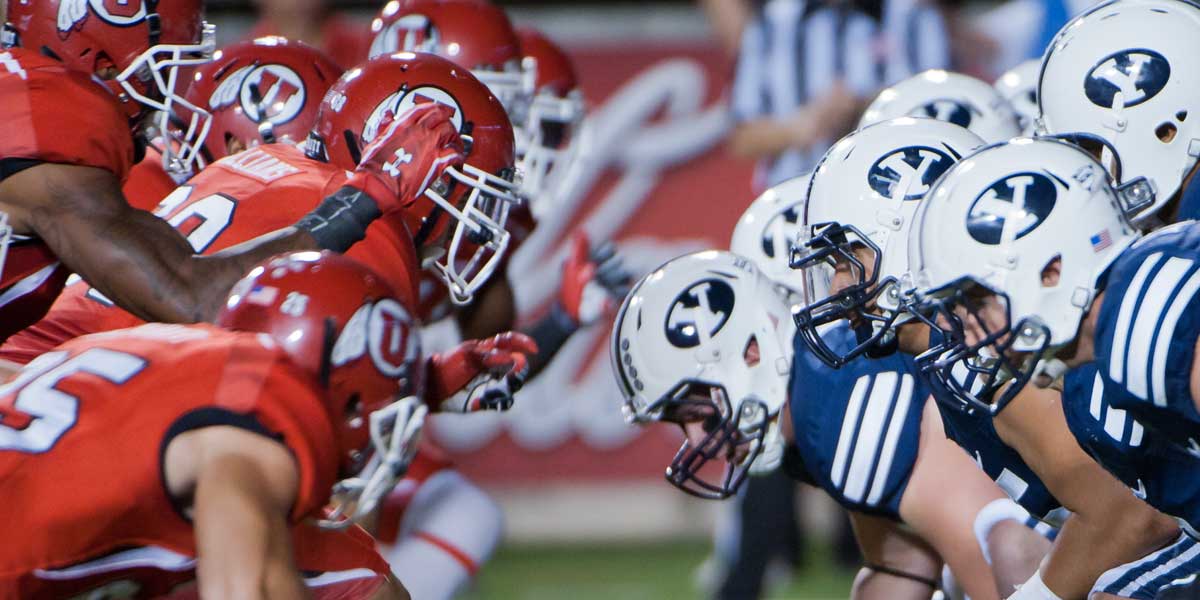 With this comes a whole new set of betting lines on college football. There are dozens of games to choose from and bettors will assemble parlays, put down futures action, and do anything else in their power to strike it rich this season.

This weekend is the start of it all and three games have presented betting opportunities that we just couldn’t resist.

BYU and #14 Utah are meeting for the 100th time in their college football openers. Utah has dominated this series 61-34-4 and has won the last eight over their nearby rival.

This game is sure to be heated, as the largest comeback in the series history occurred last year – a bettor’s dream (or nightmare). Down 20 points with 40 seconds left in the third, Utah scored four unanswered touchdowns and came back to take the lead with just over 3 minutes remaining in the game.

BYU (+6.5) comes in as the underdog just like last year but has homecourt advantage this time around. Either way, it is still hard to go against Utah (-225), who was picked in the media poll to finish first not only in the Pac-12 South but the Pac-12 Championship.

The Utes won the South last year – the second time in four years – and come into yet another season with Kyle Whittingham at the helm. In his 15th year, Whittingham has accumulated 120 wins and will look to make it 121 on Thursday.

The Holy War will be broadcasted at 8:15 pm EST on ESPN.

On Friday, the Minutemen will travel to New Jersey to face a Rutgers’ program that is getting a lot of love from oddsmakers. The Scarlet Knights (-15.5) come in as over two-touchdown favorites against a football team that averaged 32.8 points per game last year.

Granted, that offensive firepower was a result of Mark Whipple, who left the program to take an offensive-coordinator job at Pitt. Now the job is left up to Walt Bell – the 35-year-old first-time head coach.

Massachusetts (+545) may not come out victorious but using these odds to live bet later could pay out favorably for the bettor.

Rutgers only scored 5 passing touchdowns last year, so any hole they themselves into may not be an easy escape. Under head coach Chris Ash, the team has delivered downward spirals in the past, losing 11 straight, after winning last year’s season opener.

The kickoff for this matchup is at 7:15 pm EST on BTN.

Georgia will put their championship goals to the test in the first in-division SEC game. Georgia received 233 first-place votes to win the SEC-East in the media poll, leaving only 27 votes amongst five other programs.

Kirby Smart has led his Bulldogs to back-to-back SEC-East Championships but could see some regression if his newly promoted offensive and defensive coordinators don’t live up to the expectations.

Regardless, the bettors will be focused on the running game of D’Andre Swift behind the o-line power of players like Andrew Thomas, who both landed themselves a position on the First Team preseason All-SEC team.

Georgia is playing on the road but faces a Vanderbilt team who was projected to finish last in the division. Maybe Vandy can use that as energy and come out and score first (+175) but we wouldn’t past it past the Bulldogs to be ready for them.

USAOnlineSportsbooks.com thinks Georgia (-22) may not find it difficult to cover, but if their plan is to start the championship, taking this, or Georgia at half (-11.5) seem like a safe bet.

One might even look into the Bulldogs hitting the over on their point total (38.5). This Saturday matchup kicks off at 7:30 pm EST on SECN.