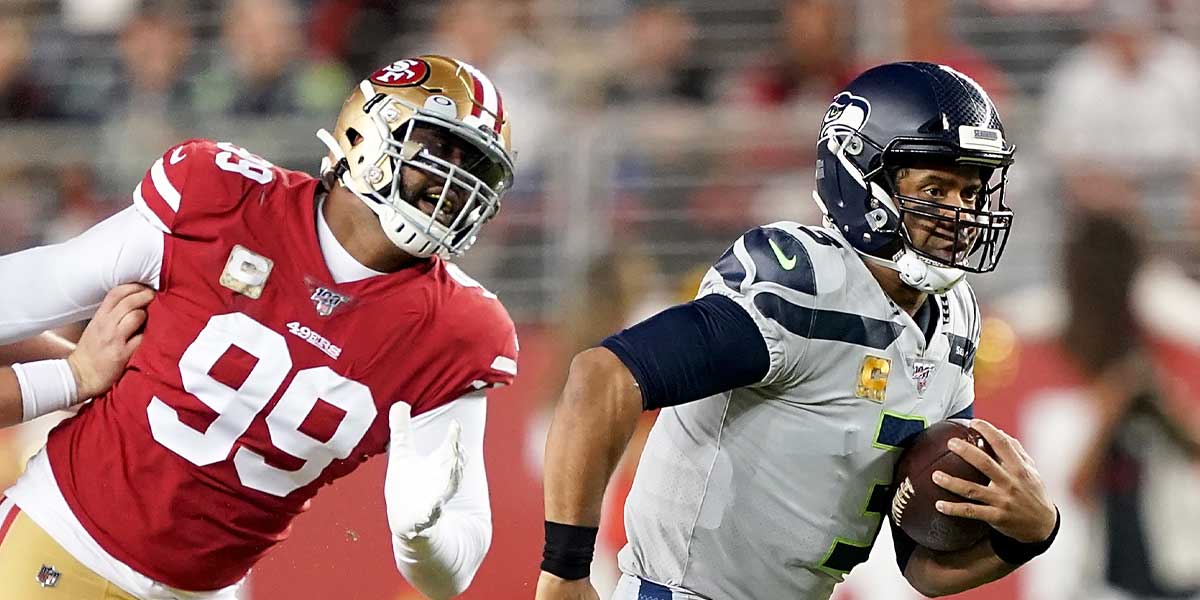 SEATTLE - The Seattle Seahawks face off against the San Francisco 49ers in a renewal of one of the premier rivalry matchups in the league.

The Seahawks are a dominant team this year, but they have some notable defensive flaws. The 49ers, meanwhile, have been running into injury problems, and have suffered some questionable losses, including a beatdown at the hands of the Miami Dolphins.

This matchup could be one of the major matchups in the league this year, or both teams’ flaws could shine through.

Let’s take a look at the odds, the teams and then their NFL betting trends in the head to head.

The online sportsbooks have the Seattle Seahawks favored over the San Francisco 49ers, with some shading towards the Niners.

The spread might end up reaching Seahawks -2.5 if the shading continues to go in that direction.

The Seattle Seahawks are fresh off of a loss to the Arizona Cardinals, and they’re looking for a pick-me-up win.

The Seahawks are currently fielding one of the worst defenses in modern NFL history, and it certainly caused them problems against the Cardinals.

The Seahawks are fielding a defense that gives up 368.7 pass yards a game. The Hawks give up more than 50 more yards a game than the second-worst Atlanta Falcons, widely regarded as one of the worst secondaries in recent memory.

They’ve been saved repeatedly by the heroics of Russell Wilson, but something has to give at some point - it’s a borderline miracle that they have a 5-1 record while giving up that level of pass yardage.

The prevailing storyline for the San Francisco 49ers this year has been shakiness and injury woes.

WR Deebo Samuel and RB Raheem Mostert are big losses that will be absent from this matchup against the Seahawks.

Their absence leaves the passing offense potentially in the hands of rookie WR Brandon Aiyuk, while the rushing duties will fall to Jerick McKinnon, JaMycal Hasty and Tevin Coleman.

The defense is without Nick Bosa, a rising star in the league, and one of the anchors of their Super Bowl effort.

This NFL rivalry matchup has not disappointed in recent years, though the Seahawks have been the better team in many of them.

When examining these trends, it is important to keep in mind that they’re historical - the Seahawks now are a very different team from the Legion of Boom, as are the 49ers.

That said, in the last 17 games these teams have played, the 49ers have only covered the spread four times.

Now, those are long term numbers, but what about something short term? Well, in the last four times the teams have met, the over has hit in three of them.

This is certainly a matchup to keep an eye on.