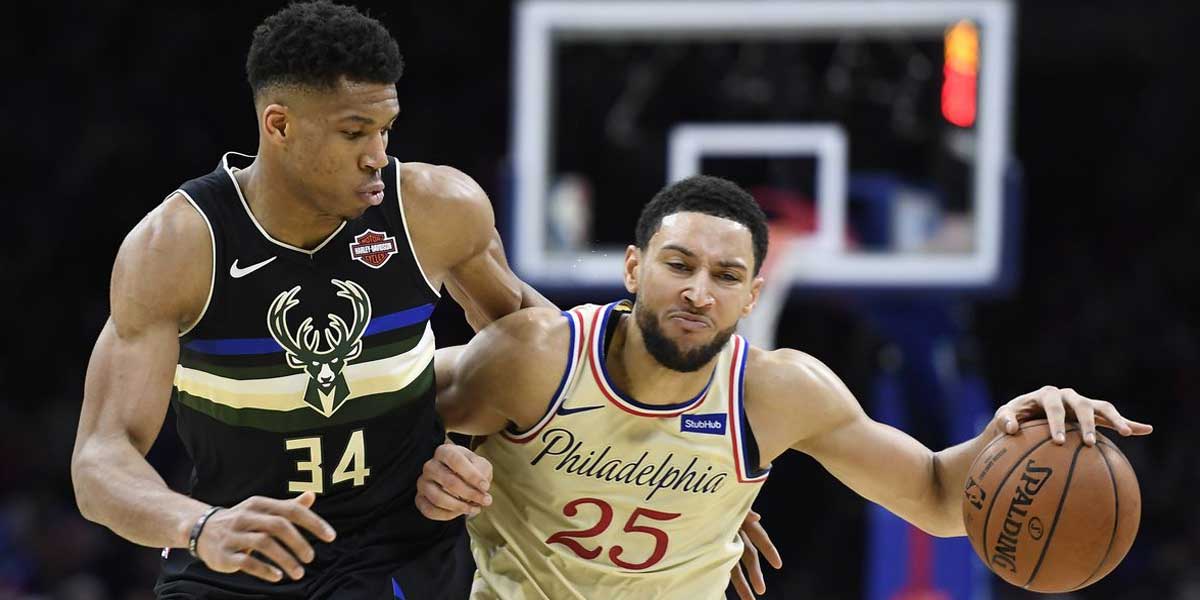 MILWAUKEE – The Milwaukee Bucks (35-22) welcome the Philadelphia 76ers (39-19) to town on Thursday night in a marquee Eastern Conference matchup. Following this game, both teams will be staying in the area as the two will meet again on Saturday.

Those betting on the NBA might be wondering why the odds are slanted so heavily in the Milwaukee Bucks favor. One indication is because the Philadelphia 76ers are playing their third game in four days while Bucks are on two days rest.

This will be the sixth time the Sixers have played three games in four days this season as well as being on the tail-end of a back-to-back. In the previous five situations, Philly has only won two of the games. The Bucks have had nine games this year coming off of two days rest and are 6-3 in such games.

Bucks Offense on Fire This Month, 76ers Not So Much

Since the beginning of April, the Bucks are averaging a league-best 121.3 points per game. The 76ers have only averaged 109.5 points per game this month, good for 21st in the league. Online sportsbooks have set their Over/Under odds for this game lower than their combined averages, signaling they’re expecting some added defensive intensity. However, the total is set around 5 points less than their combined averages, giving bettors a little bit of leeway.

While the Bucks may be outscoring teams, the 76ers are suffocating opponents with their defense. This month, Philly is the best defensive unit in basketball, allowing just 104.6 points per game. The Bucks have been allowing 115.9 points per game in April, eighth-most in the NBA.

These numbers are likely due to the contrasting pace of play. Milwaukee has 91.8 FGA per game this month, second-most in the league, while Philly has 86.6 FGA per game, fifth-fewest in the league. From a betting standpoint, this game could come down to who forces the other to play at their pace.

The 76ers have two players on their team who are in the top five of Defensive Player of the Year odds. Ben Simmons and Joel Embiid both have the ability to contain Giannis Antetokounmpo, while Matisse Thybulle is also one of the best perimeter defenders in the league. However, Simmons has been ruled for the game due to illness.

That being said, the Greek Freak has faced many great defenders recently has had no problem putting up very productive numbers. With one less defender to worry about, he could be in for a productive night.

Player prop bets for the Bucks star are worth a look before bettors put any money down.

Coaches always say the key to winning is by being the better rebounding team. If that is the case, betting on the 76ers may provide some value. Philadelphia has the second-best defensive rebound percentage this month as well as the second-fewest opposing second-chance points allowed per game.

The Bucks rebound fairly well with a 75.6 defensive rebounding percentage, seventh-best in the league in April, but tend to allow their opponents to do well with extra opportunities. Milwaukee has allowed the ninth-most second-chance points per game this month.