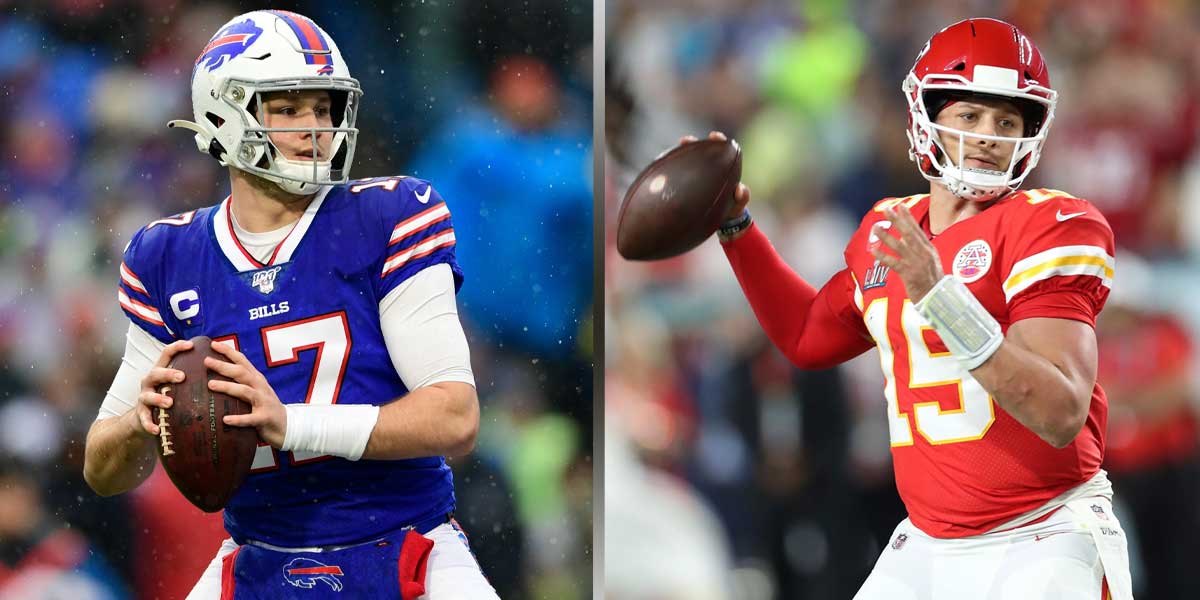 LAS VEGAS - Bettors wagering on the Kansas City Chiefs vs. Buffalo Bills AFC Championship were treated to a shocking first half.

The Bills rocketed out to a 9-0 early lead before Patrick Mahomes got the chance to see the field for more than three plays.

After that, it was mostly all KC, as the Chiefs enter halftime ahead on the scoreboard at 21-12 and the second half betting line is a pick' em.

We’ll check in with some NFL live prop bets, and advise bettors who had those wagers on the sportsbooks as to what the play should be going forward.

Mahomes entered the game with a passing yard O/U line of 310.5, and the first half was not particularly kind to him in that regard.

Mahomes put up 173 passing yards in the first half, and the live line for his passing yard total looks like this:

Perhaps there was some trepidation about his health given his turf toe diagnosis, but Mahomes has not suffered any noticeable effects.

Mahomes passed for 225 yards in the Chiefs’ Week 6 matchup against the Bills, only throwing the ball 26 times.

He’ll likely have more of the game in his hands this time, and he’s been absolutely electric so far.

Josh Allen hasn’t been asked to do too much in the first half, with the Bills content to work the short field with passes to tight ends, running backs in the flat, and Cole Beasley.

Allen’s problems in Week 6 related to an inability to take the easy play when it was available, and he’s done a decent job doing that in this game.

He’s been plagued by drops, however, and the big question is whether the Bills will be forced to allow him to cook.

The Chiefs have been prepared for Allen’s propensity to throw the ball deep to Stefon Diggs, leaving two safeties deep against the Bills a lot in this game.

Allen’s pregame yards line was set at 309.5, with -115 odds on either side of the bet, and after putting up only 104 yards in the first half, Allen looks unlikely to hit it.

Bettors can attempt to hedge by looking at the live lines, which are currently set at:

The thing is, it’s unclear what the Bills will have Allen do in the second half. If they have him unleash the dragon, taking the Over is a good play.

If they are content to take what the defense gives them, betting on the Chiefs or Bills' second half from the live lines can be used at online sportsbooks.

Each of them can provide some slightly different odds on each of these wagers, so make sure to shop the NFL lines.