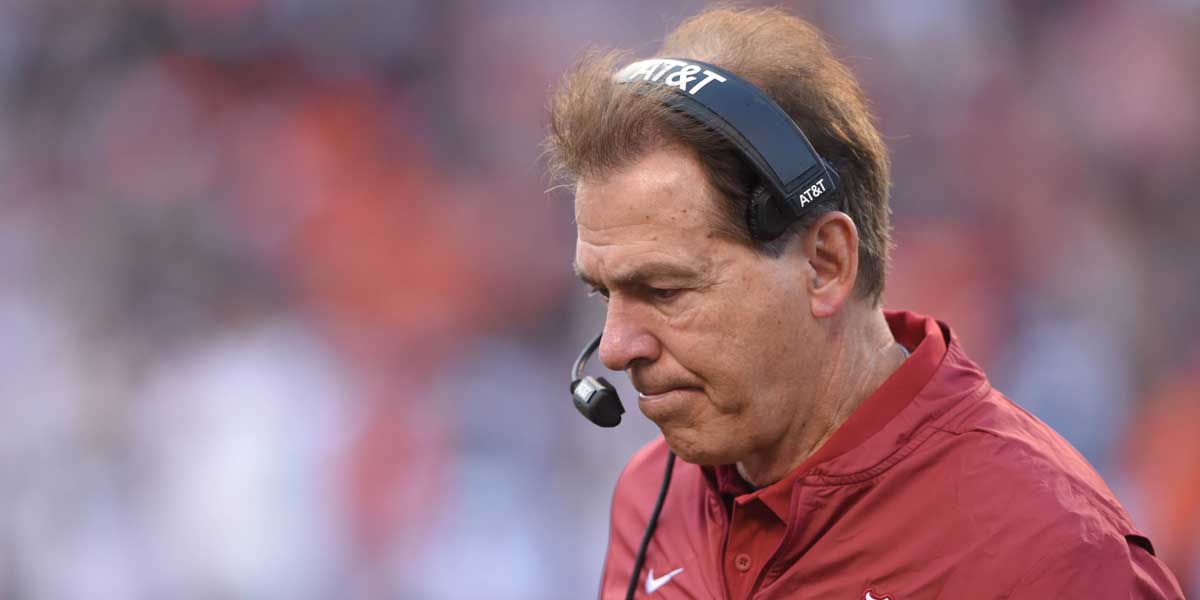 The Crimson Tide’s 48-45 Iron Bowl loss against the No. 15 Auburn Tigers ended any playoff hopes they had. This will be the first College Football Playoff that won’t have Alabama in it. The Crimson Tide were also preseason favorites to win the national title this year with +250 opening odds.

Alabama’s loss is significant because the No. 4 Georgia Bulldogs and No. 2 LSU Tigers will meet in the SEC Championship game which may free up the final spot in the final four. The Golden Gophers' loss keeps the Baylor Bears playoff hopes alive as well.

This will give a team like the No. 6 Utah Utes a shot at making the playoff although U.S. sportsbooks see them as longshots with +2000 odds. However, if the No. 7 Oklahoma Sooners win the Big 12 championship and beat the No. 9 Baylor Bears for the second time this season. It’ll be hard to see the Utes getting the nod over the Sooners for the last spot.

Oklahoma’s +4000 odds right now are a good buy-low option right now because they have the strongest resume out of any playoff contenders outside of the top four.

At online sportsbooks, the betting favorite to win the national title is the No. 1 Ohio State Buckeyes with +150 odds. The Buckeyes handled their Big Ten rival the Michigan Wolverines 56-27 as they added another victory over a top 25 ranked opponent to their playoff resume.

The Clemson Tigers and LSU Tigers are not far behind the Buckeyes with +250 odds to win the national championship. Both teams are talented enough to keep up with Ohio State and should not be overlooked going into the final stretch of the season.

The three-team race between the Clemson Tigers (+250), LSU Tigers (+250), and Ohio State Buckeyes (+150) are where the best College Football futures bets are. Even if LSU were to lose to Georgia in the SEC Championship game they’d still have a good chance to get in the playoffs because they have the most wins against ranked opponents.

With bowl season approaching, conference championship week is the last chance for teams on the playoff bubble to impress the selection committee. Now that Alabama has been eliminated a new team will take over the No. 5 spot and await the outcome of the SEC championship game. An LSU victory would assure a team like the Oklahoma Sooners or Utah Utes the final spot in the playoffs.