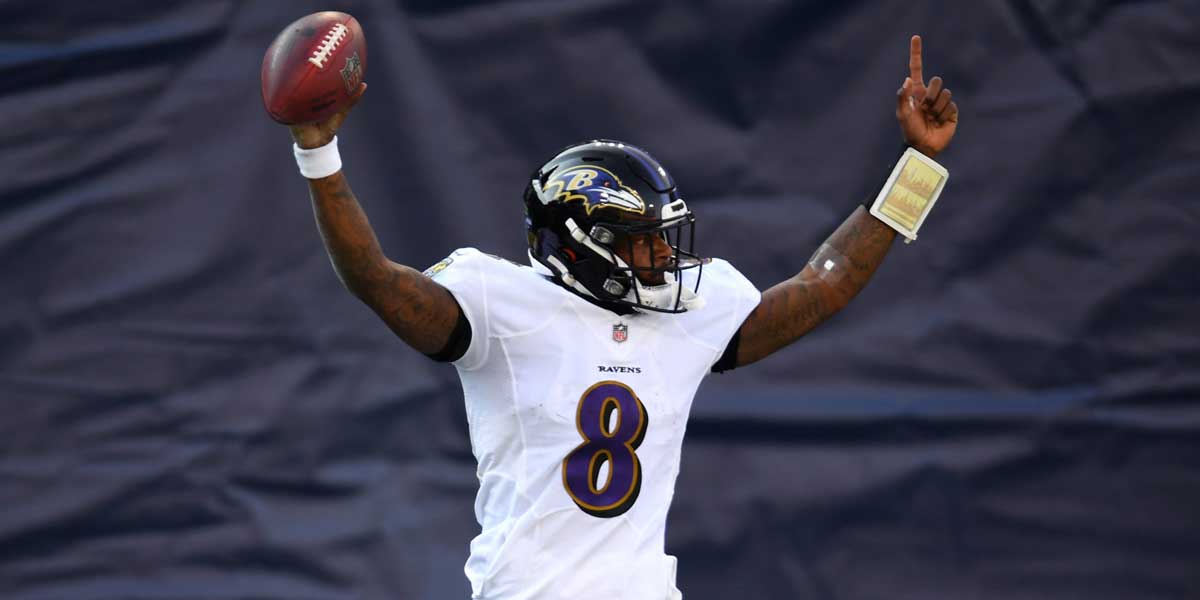 LAS VEGAS - On Saturday, the Baltimore Ravens will face off against the Buffalo Bills in the Divisional Round of the NFL Playoffs. The Ravens are coming off of Lamar Jackson’s first career playoff win, avenging their loss last year to the Tennessee Titans.

They have a tough opponent in the second-seeded Buffalo Bills, but they could be up to the challenge.

This matchup will likely key on Lamar Jackson, who online sportsbooks list prop bets on his performance.

Most Passing Yards Divisional Round Odds

Lamar Jackson is widely regarded as the worst passing QB left in the playoffs and has the longest odds to lead the divisional round in passing yards. This is more or less an accurate assessment on the part of the  online sportsbooks - Jackson has only exceeded 200 yards passing one time in his last seven games.

This is especially worth noting because the same numbers hold true for 196 as for 200 - he has only exceeded 196 yards once in his last seven games.

Buffalo’s pass defense is 14th in the league, and they give up 237 yards per game in the air on average. However, Buffalo’s run defense is genuinely fairly questionable. They give up 122 rush yards per game, and that might actually be better than it appears, due to the fact that it’s hard to run the football when you are behind - which most teams are against Buffalo.

And of course, Jackson does serious damage on the ground.

Most Rushing Yards Divisional Round Odds

Jackson will likely be the key to this matchup. The entire Ravens offense keys off of him, and on his ability to execute evolutions on simple concepts to keep the defense on their toes.

The Ravens RB’s are mostly interchangeable, as their ability to manufacture production also keys off of Jackson, and the eyes he draws defensively.

Jackson’s production will be key to the matchup, and if he doesn’t hit his Overs of 196 passing yards and 88 rushing yards, the Ravens seem unlikely to win. NFL betting fans could parlay the Overs for Lamar Jackson to win in order to look for a big payout, or simply play the NFL game odds.