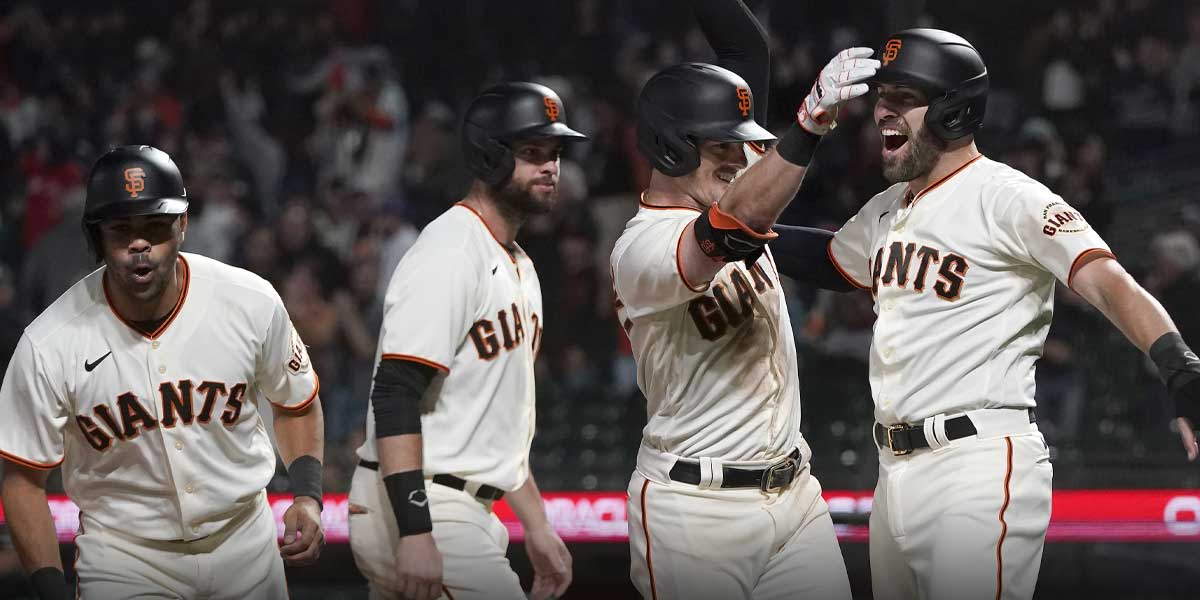 LAS VEGAS – The 2021 MLB season is well on its way, with many unexpected teams competing for division championships across the league.

While teams like the Chicago White Sox are living up to their pre-season expectations, many of the divisions across baseball currently feature unanticipated teams atop their standings.

This means that there is plenty of futures betting opportunity across the league. Bettors can find all of the divisional futures odds and more MLB odds at any of the major online sportsbook.

The division that jumps off the page the most is the NL West. The defending champions Los Angeles Dodgers are listed with -230 odds despite being four games back of the San Francisco Giants for the division lead.

The Giants have the best record in baseball, but are still being grossly undervalued by the online MLB sportsbooks.

Bookies don’t believe this run from the Giants is sustainable, despite their amazing 48-26 record. Those who do believe in the Giants in their ability to stay the course while holding off a shaky Dodgers team AND an explosive San Diego Padres team can get them for +500 betting odds.

The other division with plenty of betting opportunity is the AL East, where the Boston Red Sox cling to a 0.5 game lead over the Tampa Bay Rays.

The Rays were looking like one of the more capable teams in the AL and a possible contender for a repeat trip to the World Series before their recent stretch saw them go 3-7 over their last 10 games.

That allowed the Red Sox to take back the lead, but bettors can still wager on either team for plus money. The Red Sox have the greater value here, as they are available for +180 while currently sitting in the lead.

The New York Yankees are also an option at 4.5 games back, but have looked extremely inconsistent through the majority of the season.

Another close division race is developing in the NL Central between the Milwaukee Brewers and the Chicago Cubs.

The Cubs had a tremendous month of May that saw them shoot out in the lead behind the bat of rookie Patrick Wisdom. However, since then, the Cubbies have cooled down significantly including going 4-6 in their last 10 games.

That allowed the Brewers to take back the lead in the division, putting them at -115 odds.

The Cubs still have good value at +250 will being only 0.5 games back, but the real value in this division has to the Cincinnati Reds for +550.

The Reds have one of the best offenses in baseball behind Nick Castellanos and Jesse Winker and are only 4.5 games back of the lead with over 90 games left to play.

If they are able to keep up the firepower, they could be the ones in the playoffs come Fall.

The NL East is regularly one of the more contested divisions in baseball, and this year was looking to be the same before the New York Mets jumped out to a 4 game lead.

The Atlanta Braves are three-time defending division champions, but have been one of the bigger disappointments so far this season.

While this can be attributed to the loss of Marcell Ozuna and injuries to Travis D’Arnaud, Mike Soroka, Max Fried, and more, the fact is that the Mets have been the better team so far.

There is tons of value for bettors in this division though, as the Mets have not exactly shown they are stable enough to hold onto a division lead.

The Braves, Philadelphia Phillies, and Washington Nationals are all within one game of each other, and any of those three teams could go on a run in the second half of the year to claim the division.

The division with the most predictability thus far is the AL Central, where the pre-season favorite Chicago White Sox are living up to the hype.

The White Sox currently are 44-30, and are the one of the best teams in baseball, leaving little room for any betting action in this division.

The same is likely true for the AL West, where the Houston Astros have won 11 straight games to pass the Oakland Athletics for the division lead.

The A’s are one of the best teams in baseball, but are now two games back of the Astros for the lead.

With the A’s sitting at +155, there isn’t much betting value in this two-horse race.