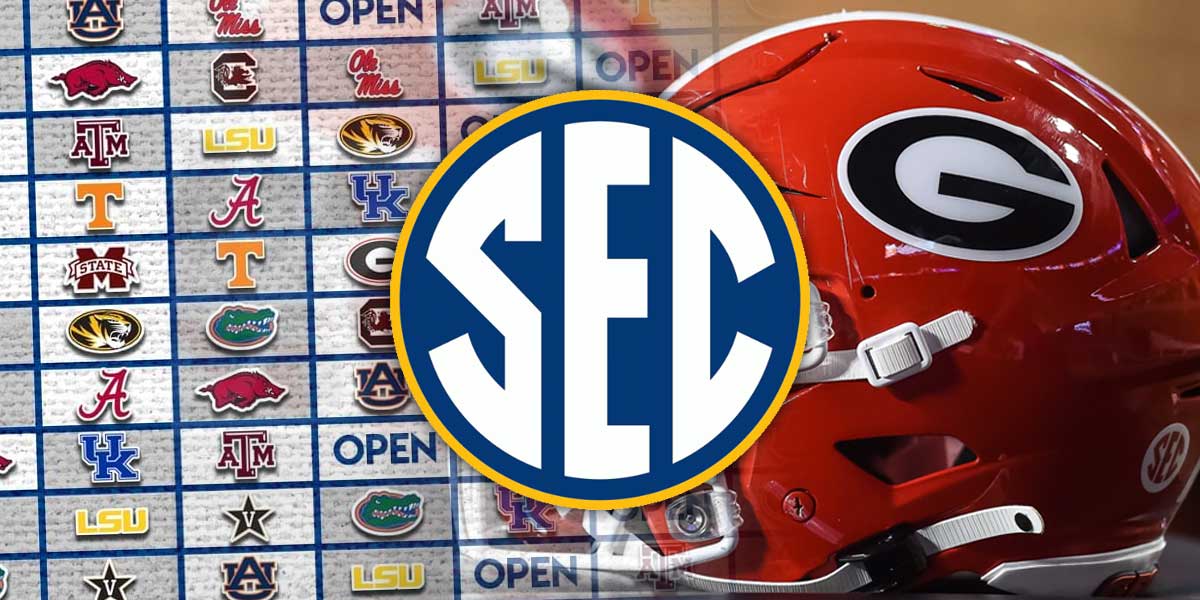 ATLANTA – The beautiful game of college football was able to return to play earlier this month, much to the celebration of fans around the country.

However, it doesn’t really feel like college football without the premier conference in the league, the SEC.

Luckily for fans of southern football, the SEC is ready to resume play this Saturday with all 14 teams in action against fellow conference opponents. With the return of play comes the return of betting odds for how many wins each team will finish the 2020 season with.

Each team in the SEC will play a modified 10-game conference only schedule this year to accommodate the current national situation.

After covering the win totals for the SEC West teams, the focus now turns to the teams in the East.

With only 10 games against all SEC opponents, there will be no easy wins on the schedule this year for any team.

With that in mind, bettors can find some valuable lines on each SEC East team’s win total line. Odds are now available for each team via the international online sportsbooks.

The Gators come into 2020 with the most offseason hype of any SEC team. Ranked in the top five preseason polls, Dan Mullen’s Gators have extremely high hopes for this season after the promise shown by Kyle Trask and company in 2019.

Trask led the SEC in passing last year without even playing a full season, taking over for the polarizing Felipe Franks after he went down to injury.

Throughout basically the entire last decade, the M.O. of Florida has been a strong defense that is consistently let down by a sputtering offense that can’t seem to get out of its own way. With Trask at the helm, the offense finally looked dangerous last year, leading to a big win over Auburn and keeping things close against LSU.

Unfortunately, the biggest hurdle in the SEC for Florida still remains the Georgia Bulldogs. Georgia has beaten Florida three years in a row and has held a stranglehold on the East over that time. The good news is that Florida avoids both Alabama and Auburn on their schedule in 2020.

This is the year for Dan Mullen to prove he is in the top tier of college coaches, or possibly be labeled as an underachiever. The Gators will have to focus up quickly, as an opening week trip to Oxford against Lane Kiffin has danger written all over it.

Proposed starter Jamie Newman opted out of the season, leaving a competition between USC transfer J.T. Daniels and D’Wan Mathis. Mathis is returning to the team after undergoing emergency surgery to remove a brain cyst in 2019.

The starting QB is still unnamed for the Dawgs just two days out from their opening game against Arkansas. Whoever it is will have a ton of pressure on his shoulders to match the play of Jake Fromm, who, despite his issues, led Georgia to an SEC Championship and Rose Bowl win during his time in Athens.

The offense still has talent, with receiver George Pickens and guard Ben Cleveland a couple of the notable names, but it will be the defense that wins games for Georgia in 2020.

The Dawgs welcome back one of the best secondaries in the league, with Eric Stokes, Tyson Campbell, and Richard LeCounte all likely playing on Sunday in their near future.

Nevertheless, there is no time to waste for Kirby Smart’s team this year. After the Hogs to open the season, Georgia must face Auburn, Tennessee, and Alabama in three straight weeks.

Despite the talent on defense, if the offense is unable to click fast enough it isn’t hard to imagine the Dawgs losing two out of those three games.

Things are seriously looking up for the college football program at Kentucky in recent years as the Wildcats have made four straight bowl games and come into 2020 ranked in the preseason polls.

Coach Mark Stoops has the Wildcats far out of the cellar in the SEC where the team lived for so many years.

The Cats return eight starters on offense and seven on defense but will be largely tasked with replacing dynamic quarterback Lynn Bowden. Luckily, Big Blue welcomes back Terry Bowden to take over, who was 12-3 as a starter before going down to injury last year.

The biggest question will certainly be the defense who will be tested early in matchups against Auburn and Ole Miss. If the Cats can stay hungry, it isn’t out of the question that they could knock off one of the bigger names on their schedule and easily eclipse five wins.

After repeated seasons of disappointment under long time coach Gary Pinkel, the Missouri Tigers got a shot of hope this offseason with the hiring of Eliah Drinkwitz from Appalachian State.

The Tigers suffered some major losses this offseason in terms of players graduating or leaving early for the NFL, but still welcome back some weapons on offense like running back Larry Roundtree III and receiver Jalen Knox.

The Tigers outlook will be largely unknown until they take the field due to the implementation of an entirely new system under Drinkwitz. While at Appalachian State, Drinkwitz’s teams were known for their high scoring offenses and active athletes on defense.

Unfortunately for the Tigers, they begin 2020 with a visit from the Alabama Crimson Tide, which is basically the equivalent of a 100-question pop quiz on your first day of school.

The South Carolina Gamecocks enter 2020 suffering significant losses from the team that went 4-8 last year, resulting in their first absence from a bowl game since 2015.

Will Muschamp’s seat is starting to heat up in Columbia (if it wasn’t warm already), with his team likely needing some marquee wins this year to earn job security.

The Gamecocks named a starting quarterback this week, with sophomore Ryan Hillinksi taking the backseat for veteran Collin Hill.

Will Muschamp this week on how Ryan Hilinski handled the news at he'd be the backup to Collin Hill Saturday night against Tennessee. @abc_columbia pic.twitter.com/VbTjKF2POt

Hillinksi was thrown into the fire last year as a true freshman after Jake Bentley went down, and showed flashes of brilliance amid neophyte mistakes. Meanwhile, Hill enters as a transfer from Colorado State, following coach Mike Bobo who takes over as the new offensive coordinator for the Cocks.

South Carolina starts off the season with two tough matchups against Tennessee and Florida, but could still get to four wins if they are able to take care of the bottom tier teams on their schedule and score an upset.

Tennessee comes into 2020 with a preseason ranking and tons of optimism that this could be the year the Vols become a serious contender in the SEC.

Heard this one before?

Tennessee has been perennial underachievers for too many years now, and while Jeremy Pruitt is easily one of the best coaches the Volunteers have had over that period, there is no reason to expect anything different of Tennessee until they prove it on the field.

The Vols showed heart at the end of last season, winning six straight games after opening the year with losses to Georgia State and BYU.

Starting quarterback Jarrett Guarantano will begin what seems like his ninth season in Knoxville with limited weapons after the departure of safety blanket Jauan Jennings. It will be up to Guarantano to avoid the interceptions that have killed so many games for the Vols over the years.

With the win line at online sportsbooks sitting at five games, Tennessee could get there by beating the bottom teams in the SEC and getting an upset win. Of course, it is entirely possible that the Vols finish well under that mark if they aren’t able to handle teams like South Carolina and Missouri.

Vanderbilt enters this season in a state of flux, with many coaches and players carousel-ling their way in and out of the program.

Four quarterbacks have left the program, with four more joining the roster so far. Coach Derek Mason was able to barely keep his job after a huge shift up of coordinators.

Mason is certainly on the hot seat, and playing an all-SEC schedule does no favors for the Commodores.

Vandy’s offense ranked 125 out of 130 FBS teams in 2019. Even with significant losses on that side of the ball, it almost literally can’t get any worse.

The ‘Dores do retain 10 starters on defense, which will be their only hope of keeping themselves in games this season.

As sad as it may be, the best college football bet involving Vanderbilt is taking the under on one win.