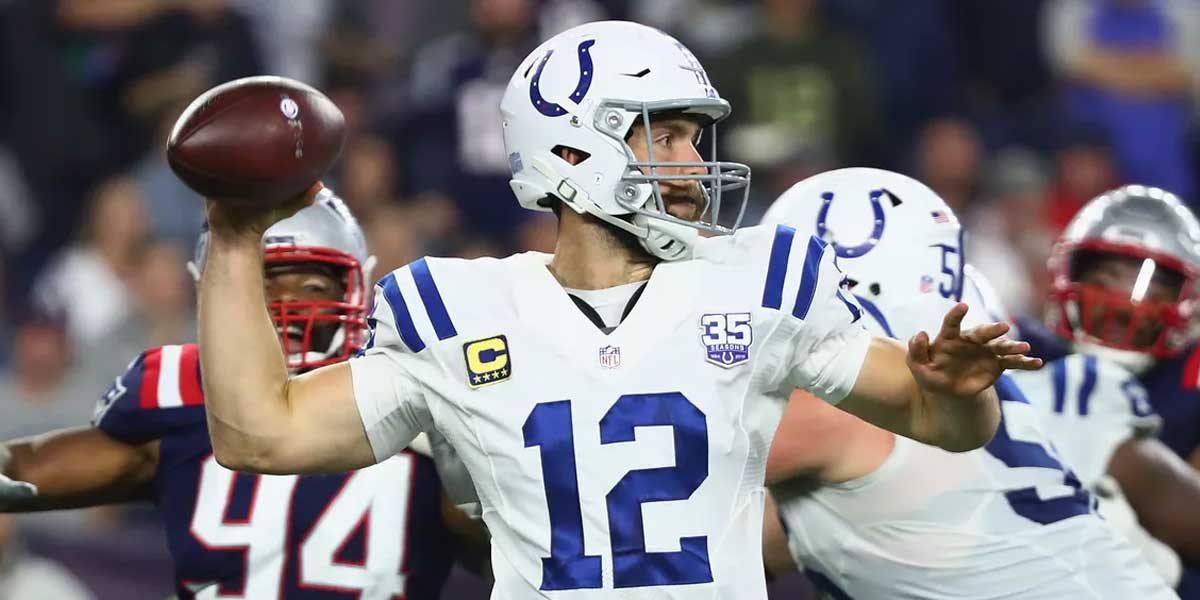 Luck’s retirement sent a jolt through the entire sports world as nobody saw this coming. Sportsbooks nationwide began pulling the Indianapolis Colts odds off the boards, as the ripple effects of Luck’s retirement began setting in.

Andrew Luck was one of the betting favorites to win NFL MVP at +1200 only trailing behind Patrick Mahomes, Aaron Rodgers, Baker Mayfield, and Carson Wentz. It’s not hard to see why Luck was poised to be in the MVP race.

Last season, Luck won Comeback Player of the Year as he threw for 4,593 yards, 39 touchdowns, and had a career-high 67.3 completion percentage in just his first year back from a shoulder injury. Now that Luck is retired many people that were hoping to place their bets on him this season, must look elsewhere.

Luck’s retirement didn’t just affect his MVP odds, his retirement has negatively affected Indianapolis Colts betting odds across the board.

Sportsbooks everywhere had the Colts in the upper echelon of teams competing for the Super Bowl before Luck’s retirement and now sportsbooks have the Colts as longshots to hoist the Lombardi trophy at the end of this season. The Colts’ odds were 16-1 (+1600) to win the Super Bowl and now BetOnline has moved those odds to 50-1 (+5000).

The Colts were heavy betting favorites to win an AFC South division title prior to Luck’s retirement and they now have the worst odds of winning their division at +500 on MyBookie.ag with the Houston Texans now being the favorite (+110) to carry the AFC South crown.

With the retirement of Andrew Luck, the Colts will be led by quarterback Jacoby Brissett. Brissett last led the Colts to a 4-12 record in 2017. However, this Colts team is much better than the 2017 Colts. The offensive line is vastly different, and the defense is improved boasting linebacker Darius Leonard who led the NFL in tackles just a season ago.

Despite these improvements, the sportsbooks see the Colts winning fewer games with Brissett. Before Luck’s retirement, the season win total for the Colts was set at 9. However, MyBookie now has the win total listed at 7.5.

In Week 1, the Colts take on Phillip Rivers and the Los Angeles Chargers in the first regular-season game since Luck’s retirement. The Colts have slipped further into the underdog role without Luck coming into the game as seven-point underdogs.

Andrew Luck was one of the talented quarterbacks we had ever seen, It shouldn’t be a surprise to anyone that the Colts betting odds have drastically changed with his retirement.