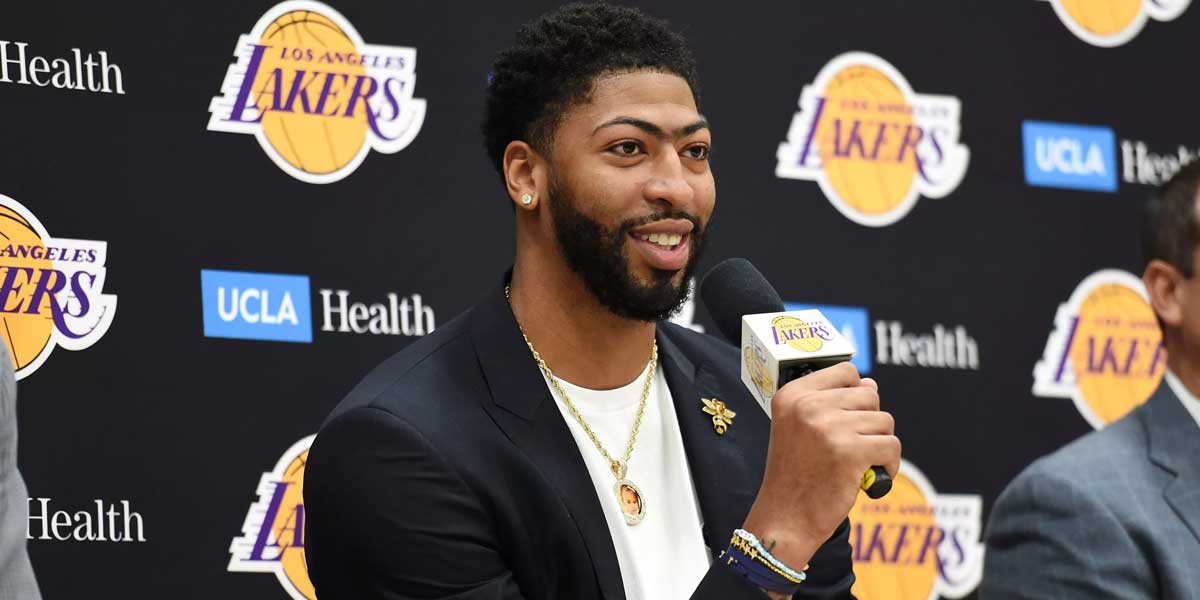 LOS ANGELES – Anthony Davis has been a Los Angeles Laker for about a month now; however, that hasn’t stopped him from looking at his path for the year after.

On contract with the Lakers for this year for $27.1 million, Davis has a player option for next season which would come with no shock should he decide to opt-out.

If he accepts (to return to the Lakers in his final contract year), he would make $28.7 million. While this is an increase in pay, it pales in comparison to the five players who will be making over $40 million during the 2020-2021 season.

Additionally, players at the same position including Blake Griffin, Kevin Love, and Kristaps Porzingis are slated to make more money than Davis in that same season. That may be all Davis needs to focus on in attempts to find a better payday, whether in Los Angeles… or perhaps Chicago.

When asked about the potential if Davis would ever wear a Chicago Bulls jersey, Davis did not shoot down the idea.

“If the opportunity ever presents itself and when that time comes, I’d definitely consider it,” said Davis.

The quote shouldn’t be taken out of context though, as he presented this opinion while at a basketball camp with hundreds of kids fixated on the All-Star talent.

However, following next season, the opportunity will present itself. If Davis opts out of his contract, he could join the likes of other All-Stars such as DeMar DeRozan or Kyle Lowry or even NBA Champion Serge Ibaka.

None of these options stand out as a calling card for Davis to leave LA and LeBron James behind but with the power of NBA superstars (ex. Kawhi Leonard organizing a trade for Paul George), Davis could arrange a deal to find an alternative player to compliment him in his hometown of Chicago.

Only time will tell what Davis will do moving forward but his focus should certainly be on this season. The Lakers are the favorite to win the NBA Championship (+300) with only the hometown rival, Los Angeles Clippers (+333), within striking distance.

As far as individual talent, the duo of LBJ and AD are the only talents on the same team within the top seven odds to win the NBA MVP. LeBron (+650) is the fifth favorite, while Davis is the sixth favorite (+800).