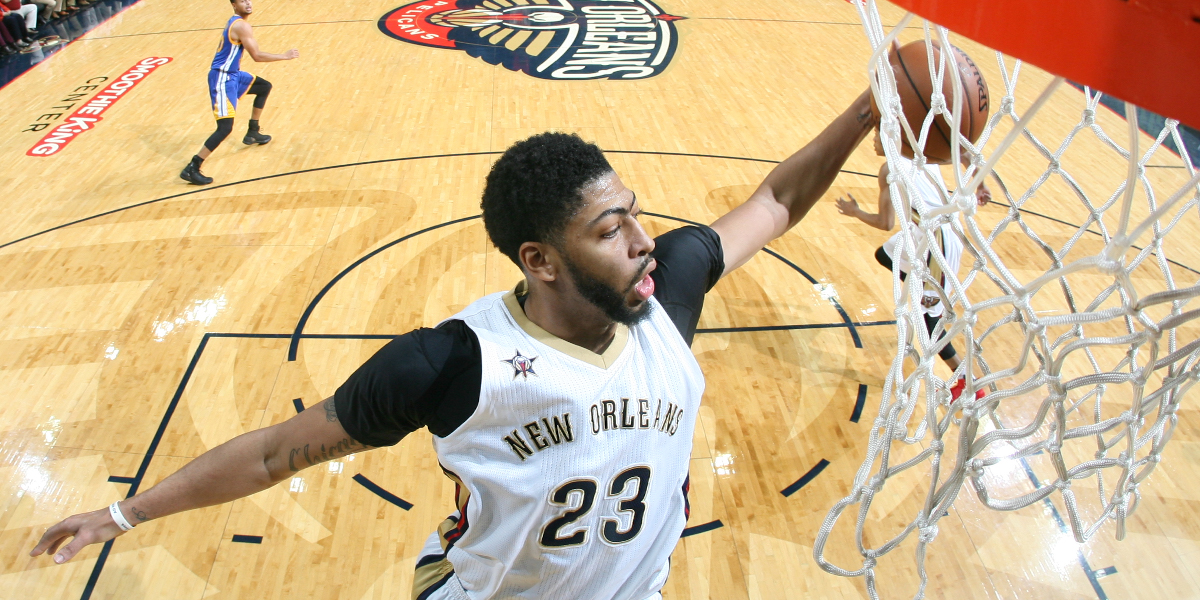 SECAUCUS, N.J. – Before Tuesday’s NBA Draft Lottery, many were convinced the New York Knicks, Phoenix Suns, or Cleveland Cavaliers would land the number 1 overall pick. The obvious decision would be to draft Zion Williamson leaving Anthony Davis to continue his request for a trade out of New Orleans.

However, things didn’t go quite as planned. The aforementioned teams, who all held the same 14.3% chance to receive the top pick, ended up getting the third, sixth, and fifth spots, respectively.

With only a 6.7% chance, the New Orleans Pelicans secured the top spot and hope was restored that Zion Williamson would be enough to keep Anthony Davis in New Orleans.

The Pelicans’ front office rejoiced upon the news and it appeared the NBA team with the lowest evaluation would soon be on the rise.

But Anthony Davis had other plans. Even with the ability to draft an NBA talent not possibly ever seen before, Davis still wants out of New Orleans.

The outlook for his potential landing destination has become clearer, now that the NBA Draft order has been finalized.

Online sportsbooks have even posted odds of where Davis will play his first game this upcoming season:

Having the Celtics as the leader is certainly an interesting situation. Earlier this year, Davis’s father called out ownership of the Celtics after trading Isaiah Thomas for Kyrie Irving in 2017. Davis, Sr. even went as far as saying “I would never want my son to play for Boston” due to there being “no loyalty.”

The Celtics will also have to decide what to do with Irving this time around, as NBA contract rules will prohibit the Celtics from trading for Davis. The only way a trade could be worked is if Irving opts out of his contract (which is expected), removing the “designated” status of his contract.

The Lakers struck out before the All-Star break earlier this year. Offering nearly the entire team plus a plethora of picks to pair Davis with Lebron James - the Pelicans decided it was in their best interest to keep Davis on the roster.

As the second-favorite to land the perennial All-Star, the Lakers’ chances now lie in the hands of the Lakers front office, as they have yet to name a President of Basketball Operations after Magic Johnson stepped down in April. Kurt Rambis recently was in charge of hiring new head coach Frank Vogel so perhaps the Anthony Davis trade experiment will also fall on him.

The Pelicans, though third in line, may have the best real chances of seeing Davis play Game 1. Athletes always request trades; however, their requests are not always granted. Davis sat out most of last year attempting to prove his point but the only thing it hurt was his legacy.

Assuming trades cannot be worked through and Davis finds comradery with Williamson, the Pelicans may be able to convince him to stay. In possibly the toughest NBA division, a core of Davis, Williamson, Holiday, and Randle could cause trouble for many teams.

The 76ers may be on the list but odds are it won’t happen. With barely any cap space available and a variety of stars with major personalities, Davis would find himself in the middle of a constant battle. Playing alongside Simmons and Embiid would possibly work out yet the pieces they would need to trade would severely impact the success of this past year’s team.

As of the Knicks, they may as well be on this list for fun. There are no real assets that the Knicks could offer to even come close to Davis’ value. If the Lakers couldn’t make it happen last year, it is unlikely a combination of players from a 17-win team along with the number-3 draft pick would be enough to convince the Pels.

However, USAOnlineSportsbooks.com knows that's the beauty of betting, as nobody knows what can happen. Ask anyone before the lottery on Tuesday and nobody would have told you to put your money on the Pelicans to get the top spot (+1600). With a draft and free agency to go, only time will tell where Anthony Davis will play for the 2019 – 2020 NBA season.