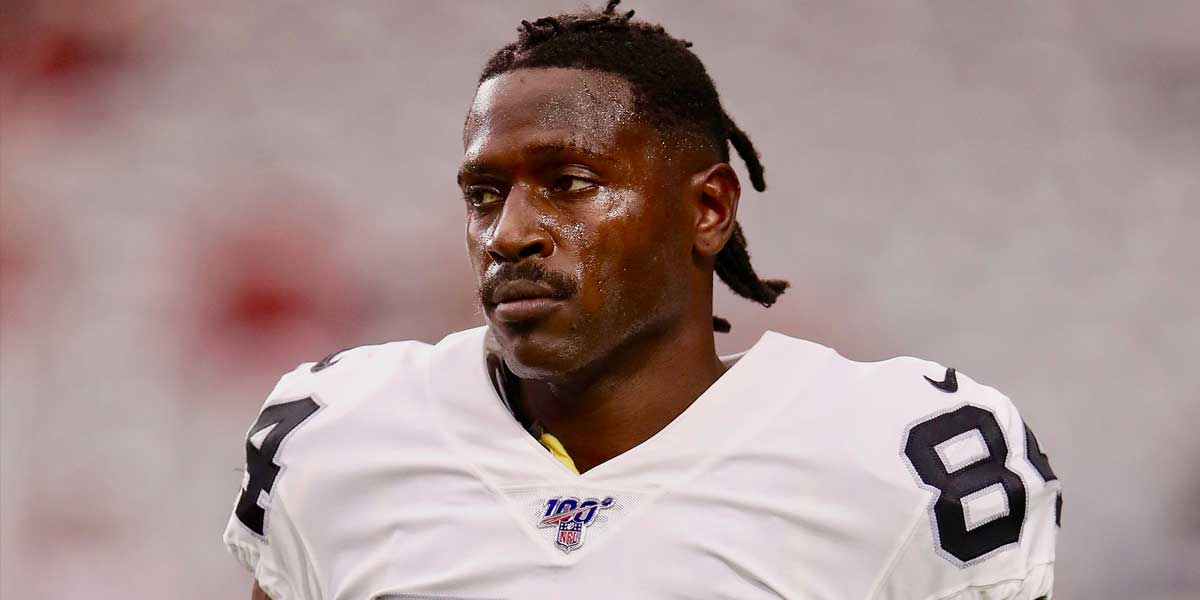 TALLAHASSEE, Fla. – Antonio Brown could finally be ready to ball. The Oakland Raiders star wide receiver has endured a tumultuous preseason and training camp that has included controversy over unauthorized helmets, arbitration hearings and fines for unexcused absences from Raiders team activities.

Just when the controversy seemed to be subsiding, it ramped back up more than ever on Thursday.

Brown reportedly got into a verbal altercation with Raiders’ general manager Mike Mayock on Wednesday. According to NFL insider Ian Rapoport, Brown threatened to punch Mayock in the face after the verbal altercation and then punted a ball taunting “fine me for that”.

More on #Raiders WR Antonio Brown and Mike Mayock yesterday: It did not get physical, sources say. But after a screaming match, Brown told Mayock that he would hit him in the face and then punted the ball… and said, Fine me for that. 💸💸💸

There are those around the league who now believe the Raiders could suspend Antonio Brown with the idea of trying to void the $30.125 million of guaranteed money in his contract.

Which obviously would end his time in Oakland.

Brown was expected to be suspended by the Raiders for an unspecified amount of time, a suspension that would have cost him over $29M in guaranteed contract money. Before Friday’s practice, however, head coach Jon Gruden announced that Brown should be on the field during their season-opener versus the Denver Broncos come Monday.

For all of the distractions that Brown brings off the field, he’s consistently hyper-focused on it. He led the league with 15 touchdown receptions last year and led the league in receiving yards twice in the last five years. His 136 receptions in 2015 (tied with Julio Jones) are the second most receptions made in a single year, following only Marvin Harrison’s 143 receptions in 2002.

Many people are expecting Brown’s production to take a slight hit this year due to operating in a new system and playing with a mostly unproven quarterback in Derek Carr.

Currently, Brown is tied with the Green Bay Packers’ Davante Adams at +1800 as the sixth most-favored receiver to lead the league in receiving yards this season. He is also in a three-way tie with Michael Thomas and Julio Jones at +1800 to catch the most touchdown passes this season.

Whether or not Brown outperforms the odds this year remains to be seen, but once he takes the field, he’ll certainly be the Raiders’ most potent offensive weapon. His team’s expectations are considerably lower than what they’ve been in years past now that his Pittsburgh Steelers days are behind him.

The Steelers are among the top half of the NFL when it comes to Super Bowl 54 odds, with Pittsburgh expected to capture the Lombardi trophy at +1800; the Raiders, however, are closer to the bottom of the league at +6600.

Although neither team made the playoffs last year, at online US sportsbooks the Steelers are favored at +185 to win the AFC North (right behind the Cleveland Browns’ +120 odds) while the Raiders are longshots to win the AFC West at +1100.

Regardless of what the odds are, what helmet he chooses to wear, or how much he’s been fined, Brown must be on the field in order to produce anything that will help the Raiders improve their playoff or Super Bowl odds. All eyes are now on Antonio Brown to see if business will still boom in the silver and black.