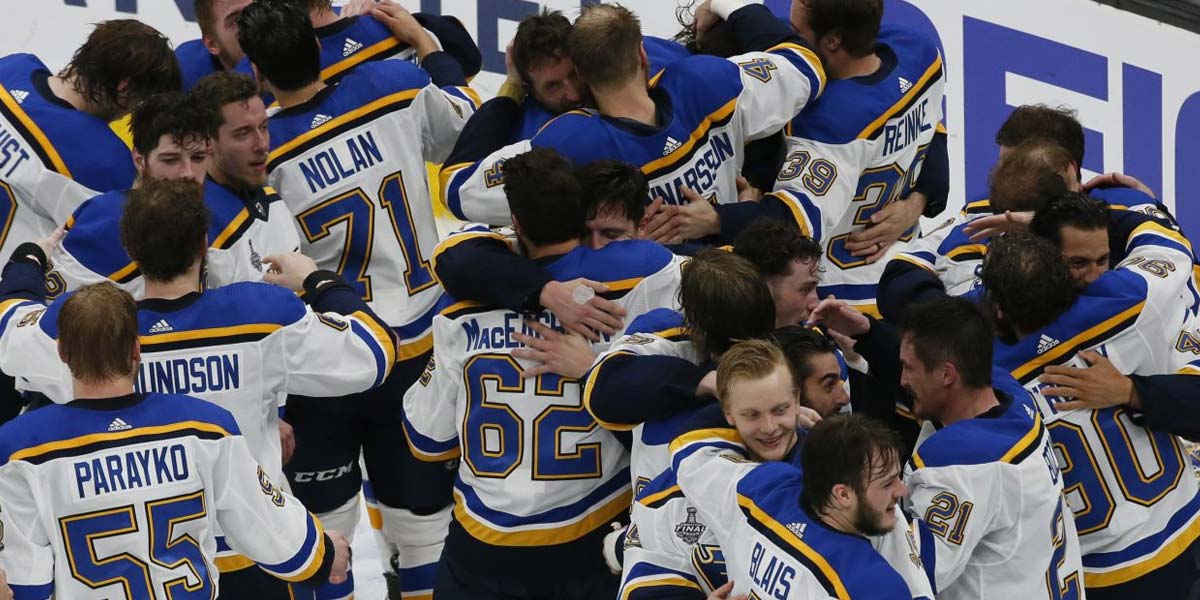 LAS VEGAS – With the newfound national popularity of sports betting pervading the mainstream media, there are bound to be some curious assertions. Sports writers, by and large, don’t fully understand sports betting, and they’re passing that ignorance on to you.

Last week, the Blues beat the Boston Bruins to win the 2019 Stanley Cup Finals. In so doing, they caused bookmakers nationwide to take a bath (which, somehow, means the exact opposite of “cleaning up”).

A third of the way into the NHL season, the Blues were the worst team in the league. Their odds to win the championship had astronomical payouts.

Because NHL betting isn’t particularly popular in the US (yet), sportsbooks aren’t badly in the red over the Blues upset. Caesars lost “six figures” on this year’s Stanley Cup outcome.

ESPN, the worst offender with this kind of narrative, led with “Oddsmakers won’t alter ways despite Blues’ win.”

This is far from the first time that a mainstream sports news outlet has misled the public on how sportsbooks actually work.

“The fight contract included a rematch clause for Joshua... If he does formally exercise the clause, it’s safe to say Ruiz will not be a 12/1 underdog.”

Why is that? Because, according to SBNation, sportsbooks will obviously learn from their mistakes and not carry so much liability on Ruiz next time around. He just proved he can win, after all.

Only that’s not how sportsbooks work.

For proof that books aren’t “changing their ways,” just look at the odds on the aforementioned rematch: Ruiz isn’t a 12-1 underdog, he’s a 30-1 underdog!

Odds Are Not Probabilities

USAOnlineSportsbooks.com knows one of the biggest mistakes a bettor can make is conflating odds with probabilities. In most math applications, odds imply probabilities, or empirical trends that indicate the historical likelihood of a given outcome.

If a baseball player has a .333 batting average, he has odds of one in three (1/3) that he’ll get a hit in any specific at-bat. But statistical odds aren’t the same as betting odds.

While sportsbooks will factor in past performances when they initially publish an opening line, that’s not what drives the numbers. Betting action – and betting action alone – dictates where a book’s line goes.

A sportsbook’s goal is to limit their liability while encouraging maximum bettor participation. Most critically, sportsbooks seek to balance their wagers by getting an equal amount of money on both sides of a bet.

When too much money is on one side of a wager, the books adjust their numbers to get more money on the other side. Even a single large bet can cause a line to move.

On a spread or prop bet, a sportsbook can bake in a house take (aka vig or juice). On a straight moneyline bet, however, books must adjust the line enough to ensure that the money on the losing side is enough to cover the winning payouts and contribute a bit more to the book’s coffers. It’s part science and part art.

In this way, betting odds are closer to public consensus than anything historically empirical, outside of a sportsbook’s metrics used to balance the action coming in.

And the books learned that a long time ago.