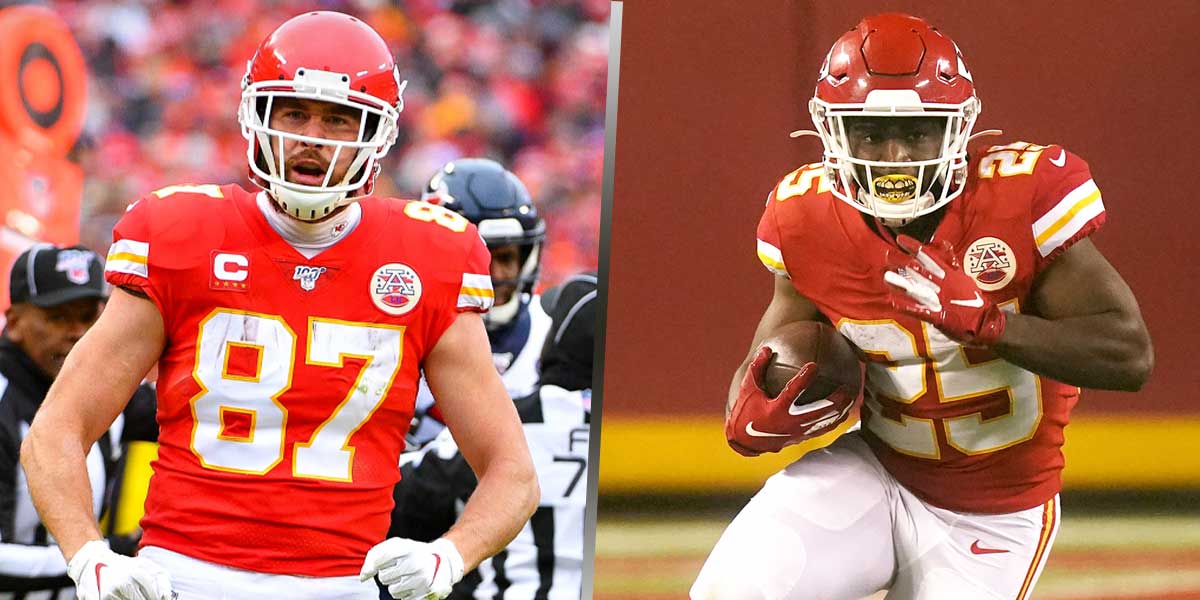 KANSAS CITY – In an unplanned Monday Night Football game, the daily fantasy world will be given another opportunity to cash in large or demand cash from the bank.

Either way, there are two highlighted games for DFS players on Monday and the single-game slate between the Patriots and Chiefs is sure to be interesting.

With no Cam Newton on the field, it leaves the MVP spot open for Patrick Mahomes, Brian Hoyer, or a third potential candidate.

Mahomes is worth every penny on that MVP spot – he has averaged 29.31 DFS points per game, over 10 points higher than anyone not named Cam Newton.

Instead, look for hope in Travis Kelce ($12,500). While playing a tight end at the MVP spot isn’t for everyone, it reduces the cost for Mahomes but more importantly gives the few who play this method the extra needed points.

Kelce has scored a touchdown in 10 of his last 22 games and has hit 80 yards receiving n back to back games. He is the clear target for Mahomes and if Kelce hooks up with Mahomes more than once, it could be much more beneficial for Kelce in relation to points.

Another MVP spot to consider is Clyde Edwards-Helaire ($13,000). While a rookie running back is generally one not to push for, Edwards-Helaire has broken the 20-carry mark twice in his first three NFL games.

Hitting 100 rushing yards in one of those games, it is also imperative to note the Chiefs’ run game. In fact, over the last 10 games the Chiefs have played, a rushing touchdown has been scored first in six of them.

These trends could set up Edwards-Helaire to have another breakout game, despite a strong Patriots defense.

Harry is worth the stretch, as he has recorded over four targets in all three of his games this season. Heating up to 12 targets in Week 2, Harry is always a touchdown away from recording double-digit points.

Right above Harry is Tyreek Hill, back up at $13,500. Hill has scored in every game this season, ranging from 13-19 points per game.

With another $13,500 left, Julian Edelman, or any of the New England running backs are available. However, USAOnlineSportsbooks recommends a Harrison Butker to hold down the fort.

At $9,000, Butker is an easy lock for double-digit points – something he has done twice already this year. With a Patriots defense that makes opposing teams work for their points, don’t be surprised to see Andy Reid send Butker out a handful of times for field goals.

While this lineup is just a suggestion, it allows for plenty of wiggle room. The finalized DFS roster leaves $4,500 on the board to play with.

Instead of Tyreek, add in Mahomes… or improve N’Keal Harry to Edelman – there are many combinations to take.

Whatever roster is decided upon, be sure to lock it in before the first Monday Night Football game, which starts at 7:05 p.m. ET on CBS.