Skip to content
USA Online Sportsbooks | Sports Betting | Are The Milwaukee Bucks Really A Sure Bet To Win The East? 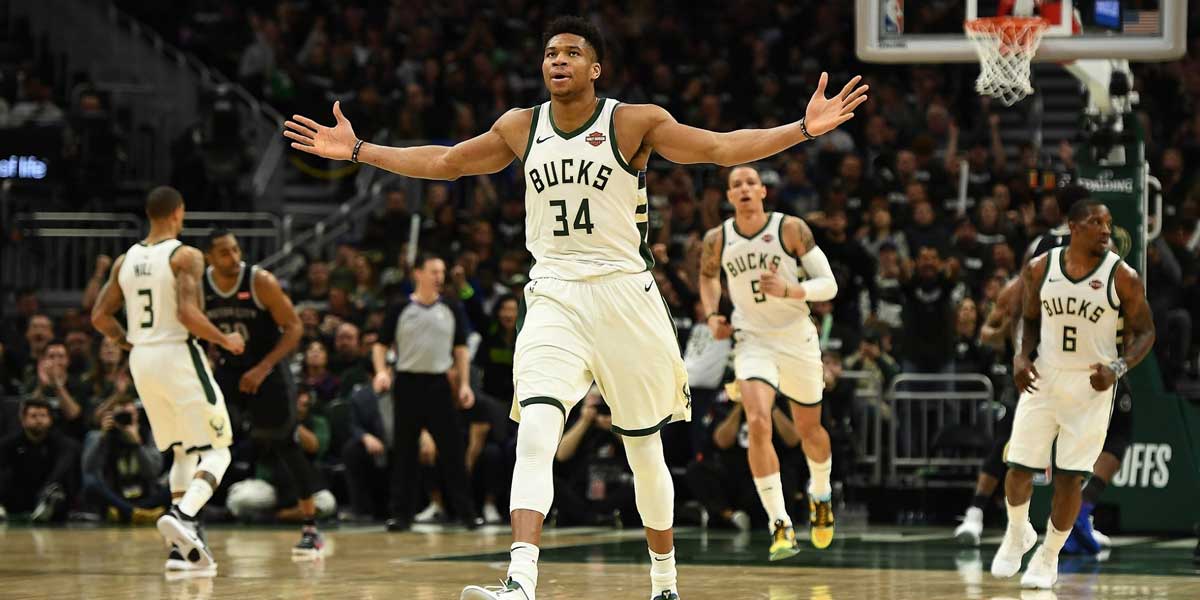 MILWAUKEE - The Milwaukee Bucks have consistently been the best team in the Eastern Conference this season behind the play of reigning MVP Giannis Antetokounmpo.

Online sportsbooks show that sports bettors are taking heavy action on the Bucks to win the east and make it to the NBA Finals once the season restarts. The question then is, are the Bucks overrated?

There is no such thing as a sure bet, but looking at how they have performed all season, we can see why sports bettors are betting on Milwaukee.

The Bucks Run The East

NBA sports bettors have been consistently betting on the Bucks all season, with Milwaukee having short odds consistently throughout.

It is no surprise that a team that was on pace to win 70 games before the season went on hiatus has the shortest odds to win the Eastern Conference Finals.

Odds to Win The Eastern Conference

It is not only the fact that Milwaukee has been at a consistent rate but also the historic margin of victory the team has managed to win by.

The Bucks were outscoring teams by a margin of 12.22 points on average. This margin of victory is the fifth-highest in NBA history.

The other four teams above Milwaukee, the 71-72 LA Lakers, the 70-71 Milwaukee Bucks, the 95-96 Chicago Bulls, and the 16-17 Golden State Warriors all won the NBA Championship in their respective seasons.

The Bucks are have been in rare historical company all season.

So why would anyone bet on another team to win the East? Well if we look at the Bucks last season, they were similarly dominant.

Although The Bucks were not putting up these specific historical numbers, the Greek Freak was having an MVP season and lead Milwaukee to an NBA best 60-22 record.

In the Eastern Conference finals, however, the Bucks were completely shut down in four straight games against the would-be champions Toronto Raptors.

Although the key element to the Raptors' success, Kawhi Leonard, is no longer on the team, the Raptors still had the second-best record behind Milwaukee before the hiatus.

Before the season paused, Milwaukee lost their last three games, while the Raptors were on a four-game winning streak.

The Boston Celtics are also a team that sports bettors are taking action on as well, having the second shortest odds to win the East.

Although Milwaukee crushed the Celtics last season in 5 games, the Celtics are a completely different team this season win Kemba Walker replacing Kyrie Irving and the emergence of young star wing Jason Tatum.

There are many believable possibilities for Milwaukee to lose to one of these teams in the East, despite them being the clear favorite.

Either way, whether you are betting on the underdog and hoping for an upset or are taking action on the favored Bucks, online sportsbooks will have all the best odds you can find.