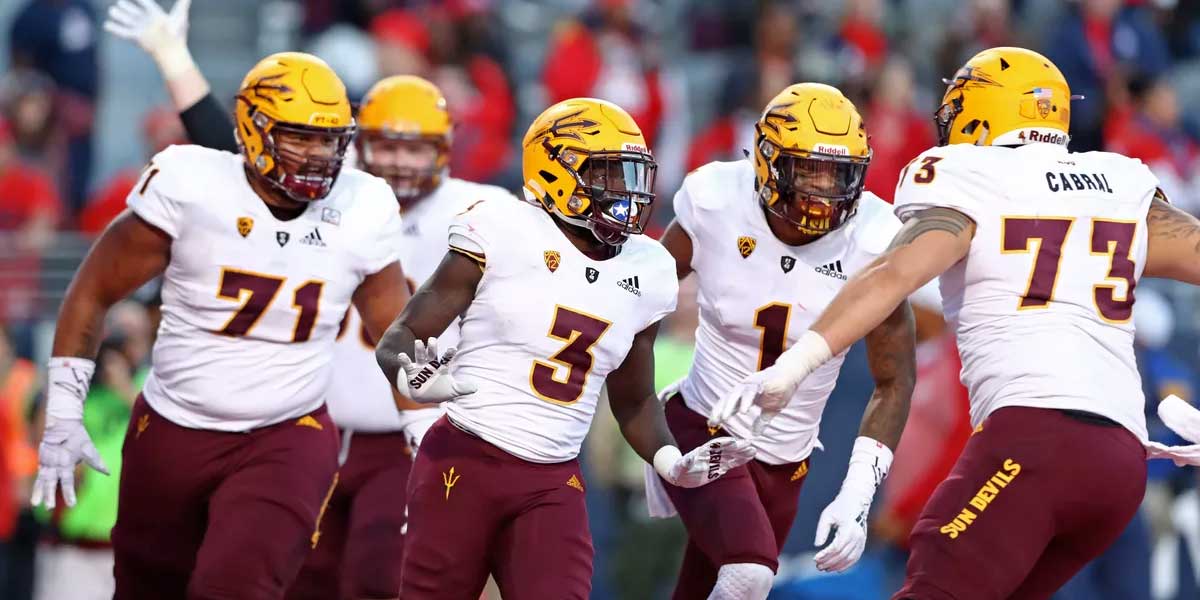 BERKELEY, Calif. – This Friday, No.15 the California Bears look to keep their undefeated streak alive against the 3-1 Arizona St Sun Devils. Last week, the Bears narrowly edged the Ole Miss Rebels 28-20 in a game that could have gone either way. The Bears, although 4-0, have won three of those games by less than a touchdown. But winning close games doesn’t last very long in the NCAA. Arizona St plans to challenge that, bringing to California one of the stingier defenses in college football.

Truthfully, both teams could use the win. Arizona State may actually be better than their 3-1 suggests and they will finally have an opportunity to knock a conference rival off at home. The Sun Devils are led by a true freshman quarterback, Jayden Daniels and senior receiver, Brandon Aiyuk. Daniels has shown poise in his first year, throwing for 1,073 passing yards and five touchdowns through four starts. Aiyuk has been Daniels biggest benefactor, totaling 424 receiving yards and two touchdowns through that same time frame.

On defense, the Sun Devils are one of the best in the nation. Through the first three weeks, Arizona St. did not allow more than a touchdown scored each game. Safety, Cam Phillips and linebacker, Khaylon Kearse-Thomas lead the way on the Sun Devils defense who are potent against the run. The Bears feature one of the country’s better rushing offense so the matchup there should be enough to pique your interest.

For Cal, they contain all the leverage at this point in time. They’ll be playing at home and against a team that’s making waves in the college football world. The one thing about the Bears team, currently ranked No.15 in the nation, is that they have been winning close games in games where the score shouldn’t have been close at all. Outside of a 1-point nail-biting win against Washington, 20-19, the Bears have played Ole Miss, UC Davis, and North Texas. All three of them being close calls at that.

The defense for the Bears, though, has been the teams’ bread and butter to their 4-0 start to the season. In all four contest, the Bears have kept opponents 20 or fewer points in each game. California predicates their team around a defensive mentality which explains the 42 point total, considering the two defensive-minded teams playing each other. The Bears are led by their current phenom at linebacker, Evan Weaver. Weaver tallied 11 total tackles Week 1 against UC Davis, 18 total tackles against Washington, 11 total tackles against North Texas, and last week posted a ridiculous 22 total tackles in a win against Ole Miss. Wherever the Sun Devil’s offense lines up, someone needs to be aware of where this man is.

Based on the fact that there are two defensive-minded teams playing, play it safe and go with the Over on the 42-point total. The game will definitely be low scoring, but the offenses of both teams realize each offensive possession is critical to the win. Currently, however, Cal is favored with -175 odds over the Sun Devils to be the first team to score 10 points at sportsbooks for US players. And looking at how this game might be played, the first team to 10 points will likely win the game.