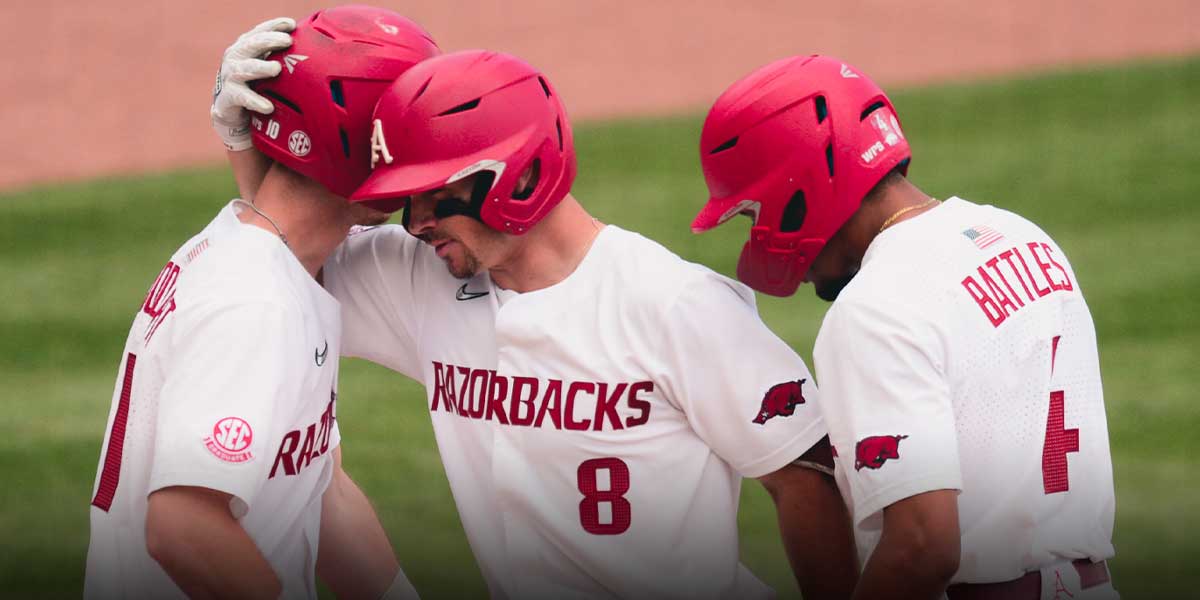 OMAHA, Neb. – The battle to be named College World Series champion is down to 16 teams as the super regionals are set to start on Saturday.

The CWS betting odds suggest that Arkansas is the overwhelming favorite to win the title with other SEC teams floating in the mix.

This week starts the Super Regionals, which is just a straight-up best-of-three against their opponent. The eight winners will move on to the College World Series which is broken into two double-elimination brackets. The survivors of each bracket will clean the board and matchup in a best-of-three series to be named champion.

Arkansas As The Betting Favorite

The Razorbacks entered the regionals on a high note after beating Tennessee in the SEC Championship and haven’t slowed down too much since. They beat NJIT and #19 Nebraska to reach the Super Regionals.

They will play #16 NC State in the Super Regionals in a best-of-three series to advance to the next stage. Online sportsbooks have Arkansas listed as the favorite in both the matchup against NC State as well as the entire tournament.

Vanderbilt has a pair of bail-out pitchers in Jack Leiter and Kumar Rocker, both of which are top five prospects in the upcoming MLB draft. Those two elite pitchers are a large part of why the team has the best WHIP of any team in the country.

Many believe pitching wins champions and those can take advantage of the +400 odds listed on sports betting sites.