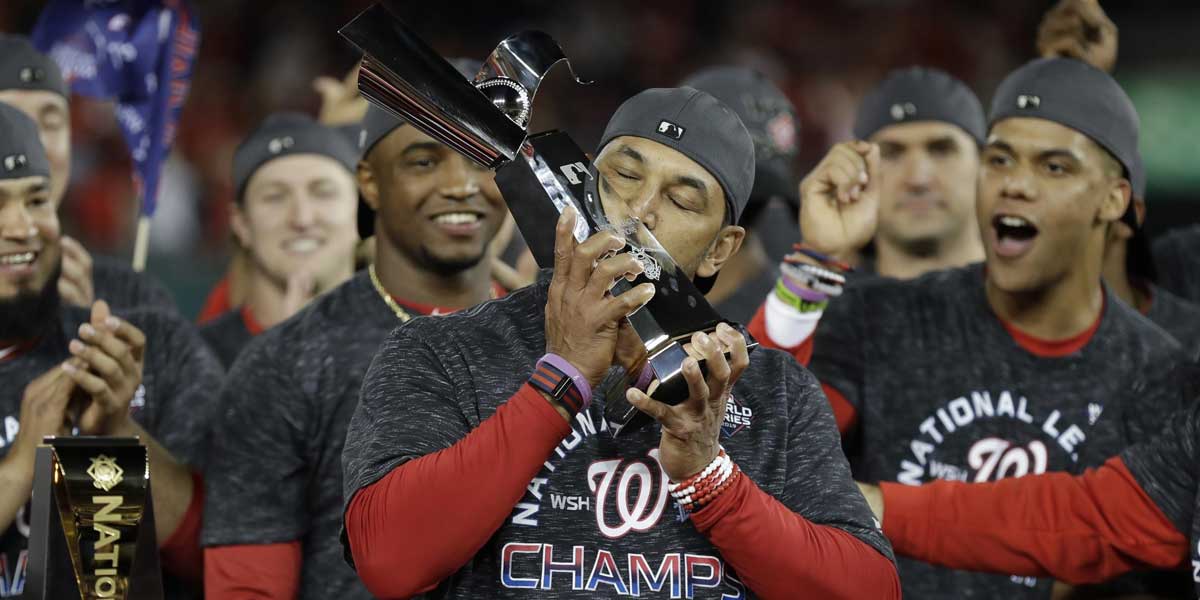 HOUSTON – The World Series is officially here in a long-awaited battle between the Houston Astros and the… Washington Nationals?

The Astros were expected to be on baseball’s biggest stage, opening the year as the second-favorite to win the World Series (+600). However, the Nationals seemed to be in a transitional period after Bryce Harper signed one of the biggest contracts in MLB history with the Philadelphia Phillies.

The Nationals opened the year with odds of +1800 to win the World Series which rounded out the top 10 teams. Still, the Nats were able to keep their composure all season, finishing with the franchise’s fifth-best record since 1994.

Now, these two teams are the only ones remaining as the Astros look to repeat their title run that occurred just two years ago. As for the Nationals, this is their first appearance in the World Series, leaving the Seattle Mariners now as the only team in the MLB to have never made it to the World Series.

Betting On The World Series

Since they were favored from the beginning of the year, the Astros (-220) are also the favorite to win the World Series now. The Nationals (+190) are given rather high odds but this number will increase even higher assuming the Astros take care of business during Game 1.

For the World Series opener, Gerrit Cole will take the mound for the Astros. To close the innings, Max Scherzer will be the pitcher for the Nationals, as both aces look to record their first World Series win.

Because of the terrific play of late from these two pitchers, the over/under for Game 1 of the World Series is set at only 6.5 points. Bettors seem to be favoring the over here, and with the batters of the Astros, it makes total sense.

There are a variety of other prop bets and situational future wagers that bettors can also take at US sportsbooks.

Between guessing how many games the series will go, who will hit the first home run, or even in what city the series will end, bettors are provided endless other betting opportunities. Some of these propositions will be taken off of the board when Game 1 starts, however, there will also be a handful that sees their odds updated and left on the board as the series progresses.

The World Series is played in a best of seven format, where the team with the best regular-season record (Astros) plays the majority of the games at their home ballpark. Games 1, 2, 6 and 7 at Minute Maid Park. Games 3, 4, and 5 are played at Nationals Park. Every one of the MLB World Series games will be broadcasted on FOX.