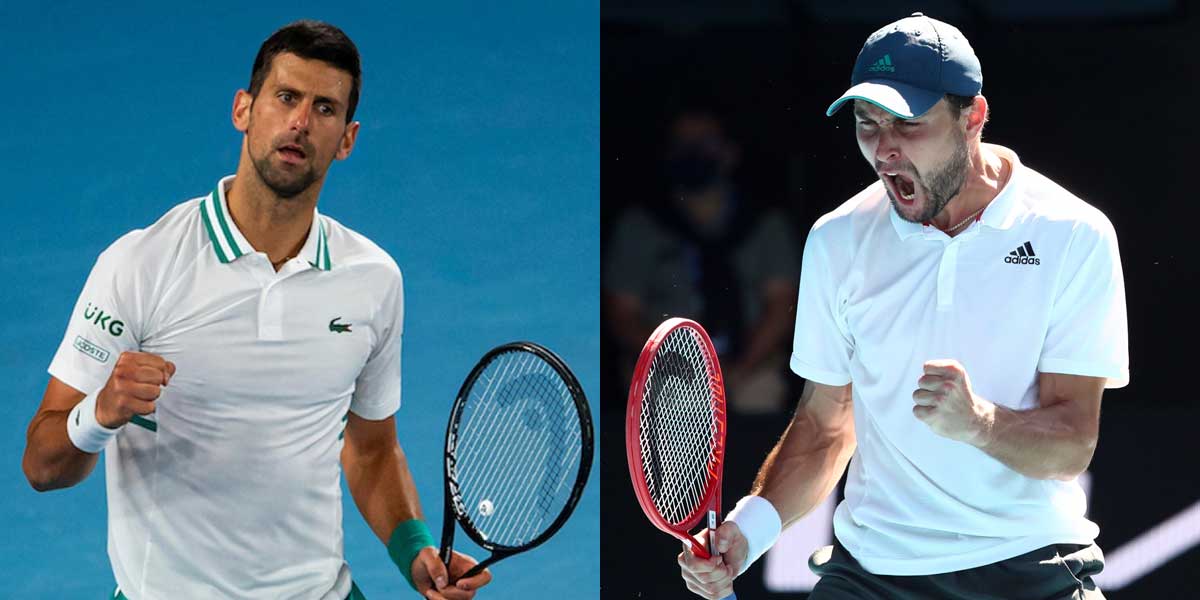 MELBOURNE, Australia – The Australian Open continues to entertain, with some of the best tennis players in the world putting on a show down under over the past few weeks.

Now, just eight players remain in total between the men and women, with the semifinals fully set. This week will see four semifinal matches, leading into the championship match for both sides of the tournament.

Full betting odds and lines are available for the Australian Open via the major online sportsbooks.

The semifinal action on the men’s side begins early Thursday morning in US time, with the perennial champion and Australian Open king Novak Djokovic taking on a surprisingly tough contender in Aslan Karatsev of Russia.

Karatsev reached the semis by taking down strong competitors like Felix Auger-Aliassime and No. 8 ranked Diego Schwartzman in straight sets.

Unfortunately, he now faces the buzzsaw that is Novak Djokovic, who is going for his eighth Aussie Open title, and third in a row. While Karatsev has been a great surprise story thus far, anyone betting on the Australian Open should know how dominant Djokovic has been at this event.

The pair have never played in a tournament competition, but this element of surprise likely won’t be enough to take down the pillar that is Djokovic in Australia.

Following a thrilling comeback over Rafael Nadal, Stefanos Tsitsipas finds himself in the Australian Open semifinals. This is the second time at the AO semis for Tsitsipas, with the first coming in 2019 where he lost to Nadal.

Now, the 22-year-old Grecian will face a clinical opponent in Russian Daniil Medvedev. This is Medvedev’s first trip to the Aussie Open semifinals.

In head-to-head competition, Medvedev leads the all-time series 5-1 over Tsitsipas, however, they have not met in ATP competition since 2019.

The biggest match of the tournament thus far in terms of star power will take place on Wednesday night, with young sensation Naomi Osaka taking on the one and only Serena Williams.

Osaka is the tournament winner here in 2019 and has blown past her competition thus far in the 2021 tournament. Serena is a seven-time winner in Melbourne, but hasn’t won the tournament since 2017, which was her last grand slam win overall.

Williams has looked terrific thus far in the tournament, moving well and striking the ball at peak velocity. However, the 39-year-old Williams is still a slight underdog to the 23-year-old Osaka, who owns the all-time series 2-1.

Williams is still searching for her 24th Grand Slam, which would tie her with Margaret Court for the all-time record amongst women.

The final match of the semifinals will see American Jennifer Brady taking on Karolina Muchova, who scored a huge upset win over No. 1 Ashleigh Barty in the previous round.

Brady has done well to dispatch her opponents with skill leading up to this match, but will have her hands full with Muchova, who has shown she possesses elite resilience.

In the previous round, Muchova was able to overcome a medical issue and came back to defeat Barty. She now heads into this matchup with a bit of confidence, owning the all-time series against Brady 1-0, with the only win coming back in 2019.