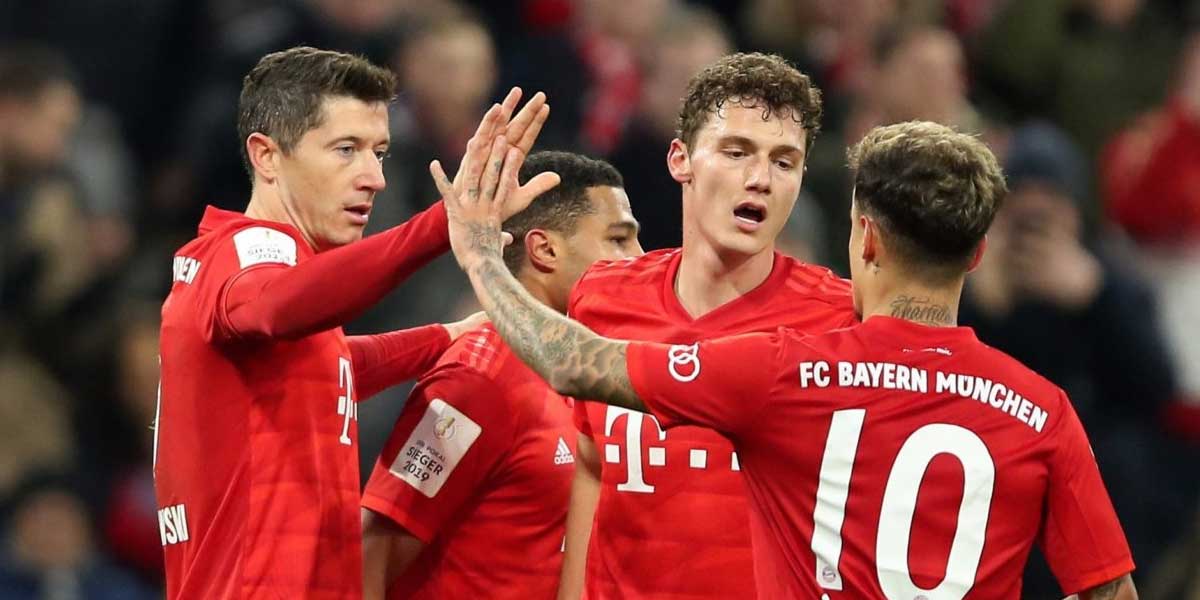 MUNICH, Germany - The return of the Bundesliga has been much heralded as a potential return to normalcy for European soccer.

The gem, of course, is the game between Bayern Munich and Eintracht Frankfurt.

Bayern are the boogiemen of the Bundesliga, the perennial champions, perhaps the team that truly puts the league on the map internationally, and one of the best clubs in professional football.

Frankfurt are a fine team, an average to below-average Bundesliga side, and they are looking for a chance to shock the world by defeating the monster that is Bayern.

Perhaps this might not be a competitive match. Bayern are, after all, at the top of the league.

However, when it comes to this match, there is more to bet on than simply the match results.

One aspect of betting on this match that is worth highlighting is the large amounts of prop bets available for sports bettors on the major online sportsbooks.

This type of bet can reflect how the game is going - in that the team with possession tends to be attacking more - and how the players themselves are playing.

These two are both players on Bayern Munich, the team that is favored in the match overall, and, perhaps due to this, seems favored to take a lot of shots during the match.

The star striker, Robert Lewandowski, is averaging 3.79 shots per game in Bundesliga play this year, which is below what his line appears to be for this game.

Perhaps this reflects the poor quality of Frankfurt’s team relative to the average Bundesliga side - they are 13th of 18 teams in the league.

Gnabry’s Bundesliga average shots per game is 3.3, although it is worth noting that he has played four matches in the league as a substitute, which naturally lowers the amount of shots he can take.

These are only a few of the available bets - each player has a total that a bettor can bet on, and the options are nearly limitless if that bettor is able to find one of the sportsbooks that offers customizable odds and lines.

Fundamentally, if a bettor wants betting action on Bundesliga, it is remarkably likely that they will find that at one or more of the major online sportsbooks.