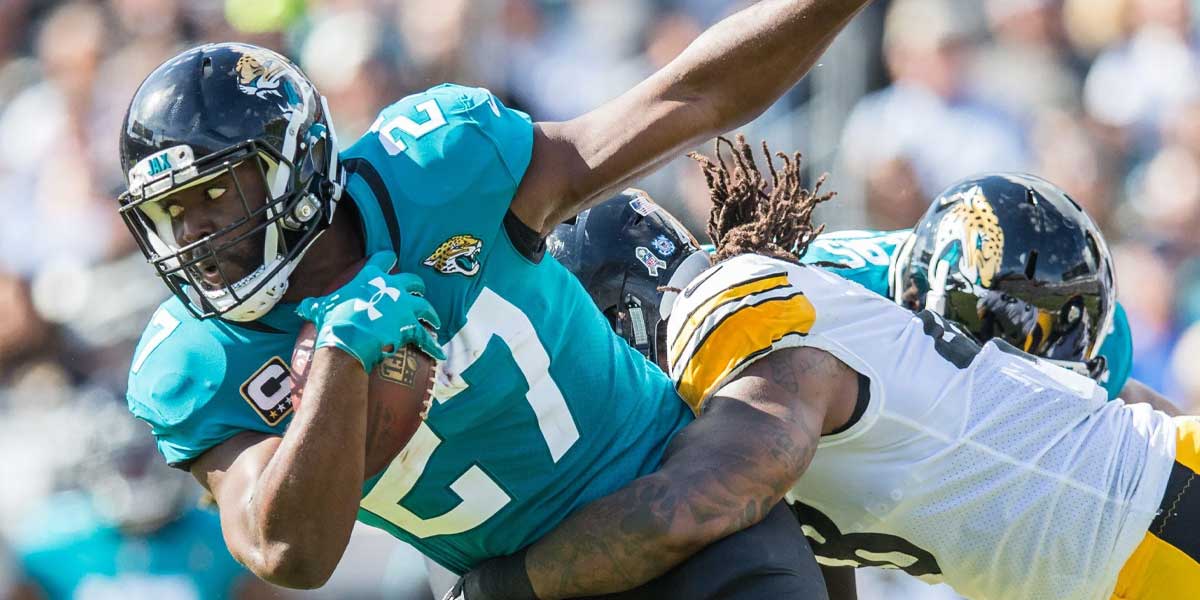 JACKSONVILLE, Fla. – After the Jacksonville Jaguars have turned the NFL world upside down with the releasing of Leonard Fournette, the race is on for teams to plead their cases at signing him.

Online sportsbooks have both the Chicago Bears and New England Patriots sharing the shortest odds at signing Fournette.

Starting with the Chicago Bears, their NFL odds are favored as their current starting running back, David Montgomery, is dealing with injuries that could potentially keep him out to start the season.

If Fournette does land with the Bears, there is no doubt that whether Montgomery is injured or healthy that Fournette would stick with the starting role and provide an immediate spark to an offense that has looked lost for some time.

The Patriots are in need of a guy to come into their running game and be their go-to guy. Neither Sony Michel nor James White has been able to step up and be that guy for them.

Fournette, on the other hand, has all of the right qualities of not only being that star running back that they need but he would also fit in well in a Bill Belichick offense that has taken a turn since signing Cam Newton.

This would be a great addition to a New England team that is trying to gain back its momentum after a tough offseason.

On paper, the Buccaneers offense looks like it is going to be smooth sailing for them with the exception of the run game. Right now, the Bucs are relying on Ronald Jones at the helm of the running game that has struggled over the years.

Fournette would be the ideal back in a Tom Brady offense as Brady is likely to stick with the short, high percentage passes rather than fire off a bomb down the field.

Fournette would no doubt be put in a position to win but also step right into the starting spot as well.

In today’s day, bettors should not count out the Kansas City Chiefs no matter where on the odds board they are.

Coming off of a Super Bowl win, who would not want to join the newest dynasty of the NFL.

Also, their starting running back, Damien Williams, opted out of the 2020 season due to the coronavirus concerns which leaves the team to rely on their rookie back, Clyde Edwards-Helaire.

Fournette would certainly take a lot of the pressure off of the rookie running back and prove his worth almost immediately.