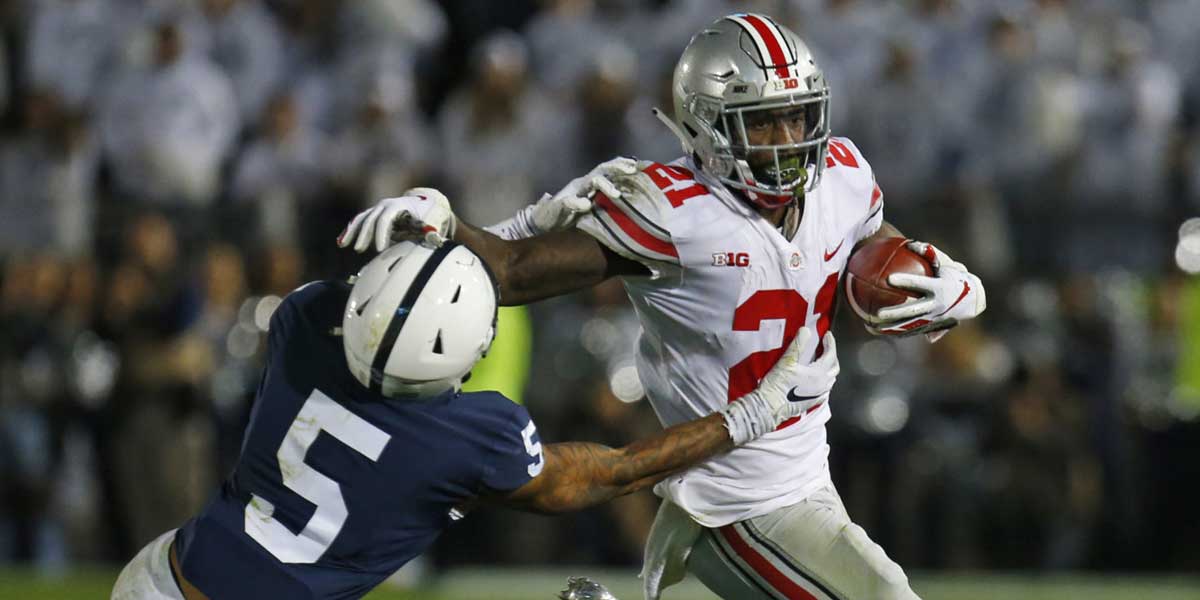 TALLAHASSEE, Fla. – With the college football season almost over, many teams are still needing wins to become bowl eligible. Every game is crucial for every team even if they aren’t inside the top four teams that qualify for the College Football Playoff (CFP). Not only will these games be exciting to watch, but they also provide bettors with plenty of opportunities to win big on bets.

There are three matchups in the weekend’s slate of games that could provide winning bets. We’ve got the odds and breakdown of each matchup.

The Buckeyes are 18-point favorites to extend their winning streak against the Nittany Lions to three games. Ohio State will welcome back defensive end Chase Young who is returning from a two game suspension from the NCAA. Prior to his, suspension Young was leading the nation in sacks and Heisman Trophy candidate. Expect for him to terrorize Penn State’s offense throughout the game.

The best bet for this game is taking Penn State to cover a 9-point spread in the first half, the odds for the spread are +120. Ohio State’s offense led by quarterback Justin Fields and running back J.K. Dobbins will continue their sensational seasons and should not have any issues putting points on the board in this game. With Chase Young back this Ohio State defense will elevate its play and stifle the Nittany Lions offense. This will give the Buckeyes offense plenty of opportunities to put this game away early.

The No. 25 SMU Mustangs (+150) head north to take on the Navy Midshipmen (-170). The Midshipmen are 3.5-point favorites to beat the Broncos at home. Each team has performed well ATS this season as the Mustangs have a (6-3-1) record ATS and the Midshipmen have posted a 6-3 record ATS.

Both teams have potent offenses and that explains the slightly high total set at 67 points at US sports betting sites. Take the over in this matchup as the Mustangs offense will be one of the better units Navy has faced all season. With SMU’s offense averaging 522.2 total yards per game, they will be able to move the ball with ease. The Broncos rush defense has performed well against the run this season and that’ll give them an edge in the game because Navy has a run-heavy offense that poses no threat passing the ball.

The best bet in this matchup is taking the Mustangs SU (+150). They’ve won nine out of their last ten games and will continue to roll.

Week 12 brings a Big 12 Conference rivalry as the Texas Longhorns are on the road facing the 14th ranked Baylor Bears. The Baylor Bears are 5-point favorites in this game and they’re trying to salvage their shallow playoff hopes after blowing a 25-point lead to the Oklahoma Sooners last week. Baylor will have to rebound in this game if they want to have a rematch against the Sooners in the Big 12 championship game.

The Texas Longhorns have had an up and down season so far, they’ve lost some close games to great teams like the No. 1 LSU Tigers and the No. 9 Oklahoma Sooners. This means the Longhorns can’t be written off in a classic Big 12 matchup against the No. 14 Baylor Bears. This will be a close game and Texas despite not being ranked in the Top 25 has already proven that they can compete with any team in the country.

Texas (+185) is currently on a four-game winning streak against Baylor (-225) which makes taking a moneyline bet on the Longhorns the best bet in this game. This being a road game for the Longhorns won’t grant Baylor much of an advantage because Texas is 8-2 SU when playing the Bears on the road. This game will come down to if Texas will be able to limit the Bears' big plays and if the Longhorns offense can not turn the ball over.