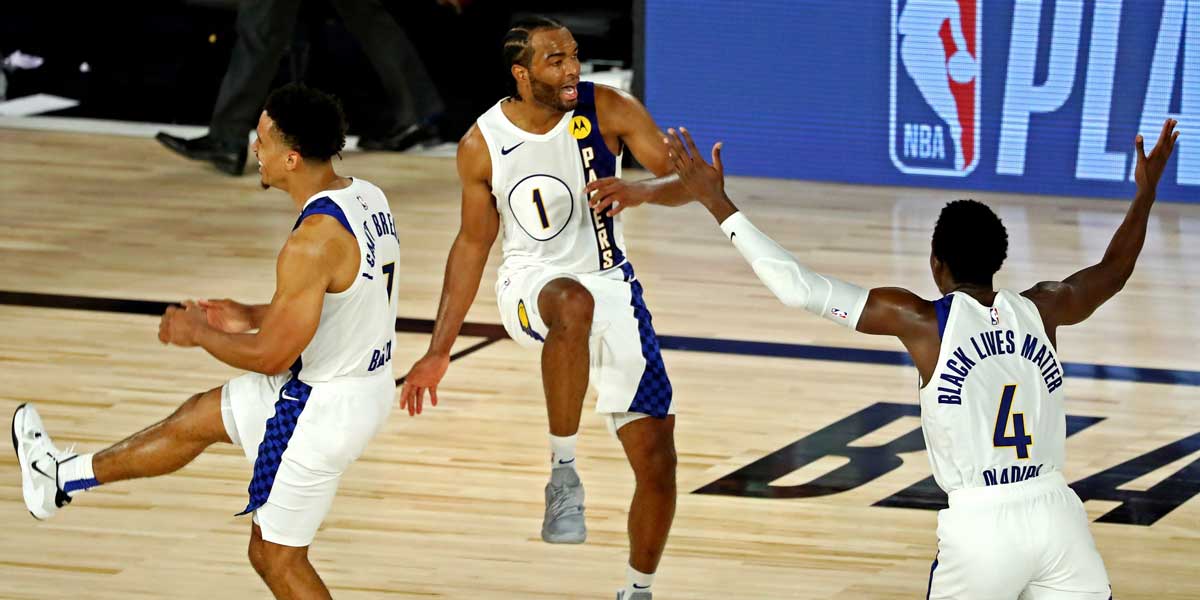 ORLANDO, Fla. – The NBA restart during the coronavirus pandemic has been a success so far, as the seeding games wrap up and postseason play is set to begin shortly.

There are 5 NBA games on tap today each of them give bettors a chance to add cash to their bankrolls.

Throughout the entire day NBA bettors will have intriguing matchups to bet on. Each game should be exciting and betting on the matchups are a great way to add an extra layer of fun.

The Oklahoma City Thunder (43-26) have been one of the most surprising teams in the Western Conference this season as they currently hold the fifth seed in the playoff hunt.

The Phoenix Suns have hit their stride in the bubble as they try to stay close enough to the No. 8 seeded Memphis Grizzlies to have a shot at the play-in tournament. The Suns are 5-point favorites to beat the Thunder tonight meaning this should be a close game.

Betting ATS here isn’t the best option as the moneyline is where the biggest return will come from. The Suns SU odds are at -217 while the Thunder are underdogs at +187 on USA online sportsbooks. Take Oklahoma City’s moneyline odds as they've won eight straight games over the Suns.

The total for this game is set at 224 take the Over as the Suns aren’t a good defensive team so this game could end up in shootout territory.

The Dallas Mavericks (42-30) take on the Utah Jazz (43-27) in a game that could allow the Mavs to overtake the Jazz in the standings. Despite some phenomenal games in the bubble by Luka Doncic the Mavs find themselves as 7.5-point underdogs against Utah.

The Jazz have struggled since the restart and bettors should avoid taking any bets on them today. The moneyline is where the best bet for this game lies as the Mavericks +250 moneyline odds should be taken with confidence.

Utah’s SU odds at -300 aren’t worth the risk as they’re recent struggles in the bubble have caused this team to slide down the standings and that should continue against a hot Mavericks team who just beat the Milwaukee Bucks.

The defending champion Toronto Raptors (50-19) take on the Milwaukee Bucks (55-15) in what could be an early preview of the Eastern Conference Finals.

This will likely be one of the most exciting games of the day and the Bucks are favored to win by six points. Betting ATS in this matchup might be the best option. The Bucks have been a bit inconsistent in the bubble and that could allow the Raptors to come out with a victory tonight.

The moneyline odds for the Raptors (+200) are worth considering as well but bettors should avoid the -240 odds on the Bucks tonight unless putting them in a parlay. No matter the win or loss for the Raptors, take them to cover the spread tonight as they have a 4-2 record ATS in their last six games against the Bucks.

The total for this game is 227.5 and bettors should feel comfortable taking the Under as both of these teams are among the best defenses in the NBA.

The Indiana Pacers (43-27) take on the Miami Heat (43-27) in what could be a potential first round playoff series as these are the 4th and 5th seeds in the conference currently.

The Miami Heat are favored to win by 3.5-points and will have Jimmy Butler making his return after a foot injury. Getting Butler back is huge for the Heat but it may not be enough to stop NBA Bubble MVP TJ Warren from enacting his revenge on the Heat from earlier this season.

Nonetheless, bettors should take the Pacers in this game as they’ve been one of the best teams since the NBA restart and their +145 SU odds should be taken as they’ve won 4 of their last six matchups against Miami. The Heat’s moneyline odds sit at -165 and bettors shouldn’t shy away from them but they're still working out their rotation for the playoffs, which could result in a loss tonight.

The Denver Nuggets (46-24) take on the LA Lakers (51-18) in the last game of the night. The Lakers have already clinched the No. 1 seed in the West and are five-point favorites to beat the Nuggets.

However, since the Lakers have nothing to play for the rest of the regular season bettors should take the Nuggets moneyline odds at +175. The Lakers haven’t been playing inspired basketball since earning the top seed in the West and they could rest their players which could result in an easy win for the Nuggets. Which is exactly why the Nuggets SU odds are the best bet to take in this matchup.

With Anthony Davis or LeBron James likely to play reduced minutes and the O/U total set at 221, take the Under for this game as well.