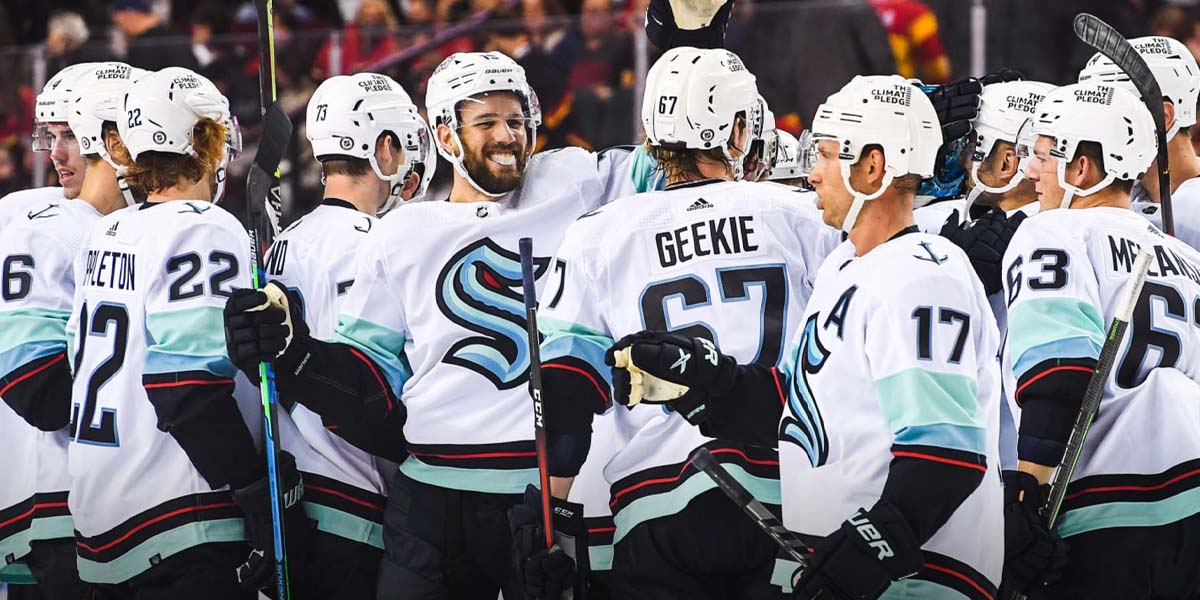 LAS VEGAS – The opening night of the NHL season has some enticing matchups. Not only are the two-time defending champions in action but the Seattle Kraken will make their official NHL debut against the most recent expansion team before them.

The Seattle Kraken will make their NHL debut as the league’s newest team on Tuesday. However, the schedule makers are throwing the team straight into the fire as they’re set to play the Vegas Golden Knights in their first game. Online sportsbooks are not expecting the new franchise to be too competitive right out of the locker room.

Not only did the Golden Knights have the most wins of any team and have the highest goal differential in the league last season but they were exceptional at home. Vegas compiled a 21-5-2 record in their home arena a season ago which should make for a tough game for an expansion team’s first tilt.

The Kraken will need their goalie, Philipp Grubauer to carry them in order to win. He went 30-9-1 with a .922 SV% last season and had seven shutouts with the Colorado Avalanche last year. Those betting on the NHL can find Grubauer tied for second in Vezina odds which shows just how much he will be the anchor for this team.

It’s tough to bet against the two-time reigning Stanley Cup winners in the Tampa Bay Lightning regardless of the matchup. Historically, defending champs are successful in their first game with a 59-25-16 record but in recent memory, they’re just 3-4-3 in their season openers. More specifically, the Lightning has won seven straight season-opening games and now are favored to extend that streak to eight.

Not only are the historical trends on Tampa Bay’s side, but the Penguins are dealing with a couple of key injuries to Sidney Crosby, Jake Guenztel as well as Evgeni Malkin. Taking the ice against this good of a team without three of your best players doesn’t spell success for Pittsburgh in this matchup.

Puck-drop is set for 7:30 p.m. EST with coverage available on ESPN.