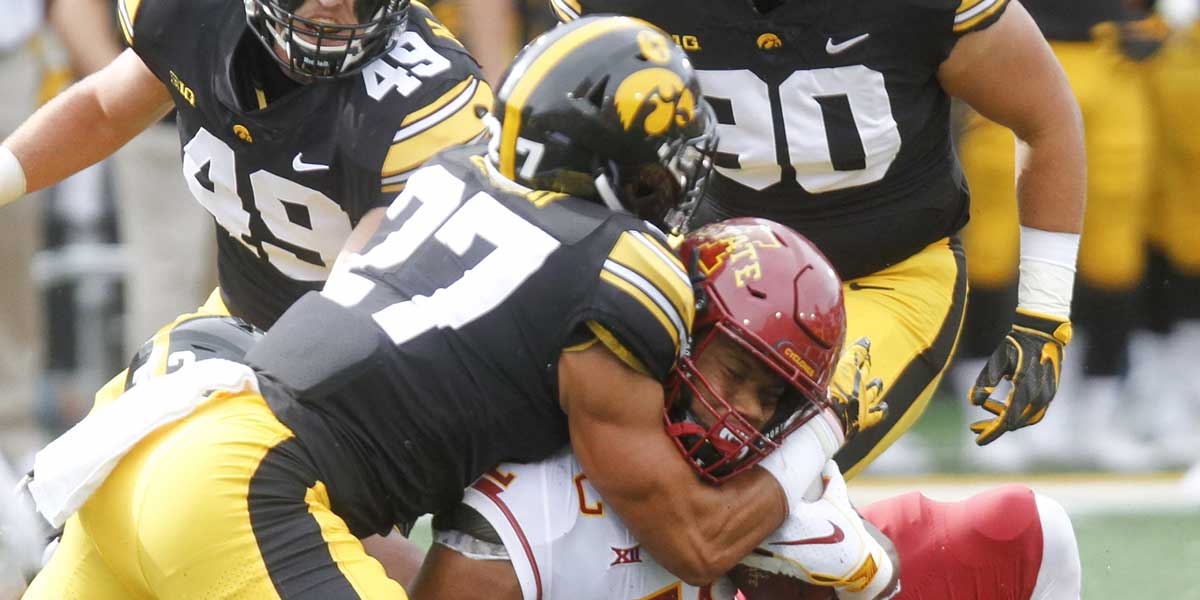 TALLAHASSEE, Fla. – Week 3 of the college football season is upon us. Although we don’t get any top 25 teams pitted against each other, we do have some intriguing spreads. Check out some of the best Week 3 bets heading into Saturday's slate of games:

The Stanford Cardinal (1-1) travel across the country to Bright House Network Stadium to take on the No. 17 ranked University of Central Florida Knights (2-0). UCF comes into the matchup as -9 favorites to win, with an O/U total of 59.5. The Knights are 11-4 ATS under head coach Josh Heupel. The best bet is the over, as the Knights have one of the most potent offenses in the country. In their last two games, the Knights average 55 points.

An in-state rivalry is renewed as the No. 19 ranked Iowa Hawkeyes (2-0) take on the Iowa State Cyclones (1-0) for the rights to the Cy-Hawk trophy for the year. The Hawkeyes are -1.5 favorites to win on the road, with the O/U total set at 42.5. Iowa is 4-0 SU and 3-1 ATS in its past four games against Iowa State. The Hawkeyes have won their last five games and that win streak should extend to six after this game. The best bet here is to take Hawkeyes ATS, as Iowa should beat the Cyclones by more than two points.

If you like high scoring offenses, then this is the game for you as both teams rank in the Top 10 in total offense on the season. With the Arizona Wildcats (1-1) boasting the sixth-ranked offense and the Texas Tech Red Raiders have the ninth-ranked offense in the nation this game should be a high scoring affair. The Texas Tech Raiders are the -2.5 favorites on the road and the O/U total for this game is 76 at US sports betting sites. There will be a lot of offense in this game but, the best bet in this matchup is to take the under as the total has gone under in five of Texas Tech's last six games on the road.