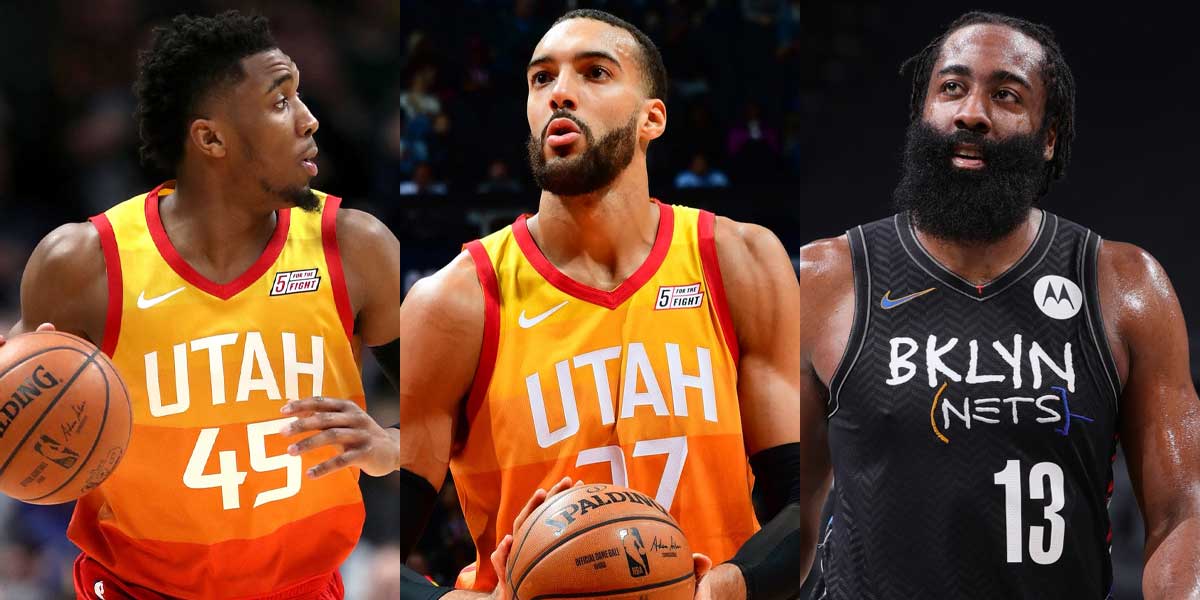 SALT LAKE CITY, Utah - With the NBA regular season nearing the mid-way points, there are two great games on Wednesday Night for NBA bettors to take a look at. Those games are the Utah Jazz taking on the Philadelphia 76ers and the Brooklyn Nets taking on the Houston Rockets.

More specifically though, bettors can and should take advantage of some of the player prop bets that online sportsbooks have on players such as Donavan Mitchell, Rudy Gobert and James Harden.

NBA bettors should be all over this Donavan Mitchell prop bet as he is their leading scorer and Utah is arguably the hottest team in the NBA right now as they sit with the best record. On a nightly basis, Mitchell alone averages 24.4 points per game.

In all the games that the Utah Jazz have played this season already, Mitchell has cashed this prop out 13 times. Something else to take note of is the total for points in the game which is set at 227.5. That means that many are expecting this to be a high-scoring affair which Mitchell would certainly lead the way for the Jazz.

Something else to take note of is that the Utah Jazz as a team is ranked three in ppg, one in three-pointers attempted and made, and three in three-point percentage as well. Being that Mitchell is the bulk of their offense, all signs are pointing to him cashing out his NBA odds.

When looking at Rudy Gobert's prop bets to make, this one should be at the top of bettors lists as Gobert either comes close or hits this prop on a nightly basis. Gobert already averages 14.2 rebounds per game so all he would need to do is either record three more rebounds or get three assists.

Some might be thinking that in this matchup with the Philadelphia 76ers that Gobert will have a tougher time in the paint and they are right, but that is where the assists portion of the prop comes into play. Being that the Sixers interior defense is one of the toughest in the league, Gobert could find some difficulties on offense but that could force him to pass the ball more which could lead to assists.

On the rebounding side of things, Gobert has put up 15 or more rebounds on twelve different occasions. Also, in this matchup where he’ll be going up against Joel Embiid, it will be a 50/50 ball all night in terms of who comes down with the rebound on both ends of the floor.

This matchup between the Brooklyn Nets and the Houston Rockets marks the first time that James Harden will return to Houston to face his former team. With that being said, many can fully expect Harden to show out against his former team and especially from the three-point line.

Harden is averaging 7.8 three-pointers attempted per game and makes 3.3 of them. However, the stars are aligning in this one as the Rockets have arguably the league's worst perimeter defense. Mixing together the Rockets perimeter defense and Harden’s shooting ability should be an NBA bettors dream.

Something else to take note of here is that Harden has made five or more three-pointers eight times this season and now with his running mate, Kevin Durant, out until the second half of the season, it leaves Harden for more three-point opportunities.

One more thing to look at is that Harden has attempted five or more three-pointers in ten straight games.