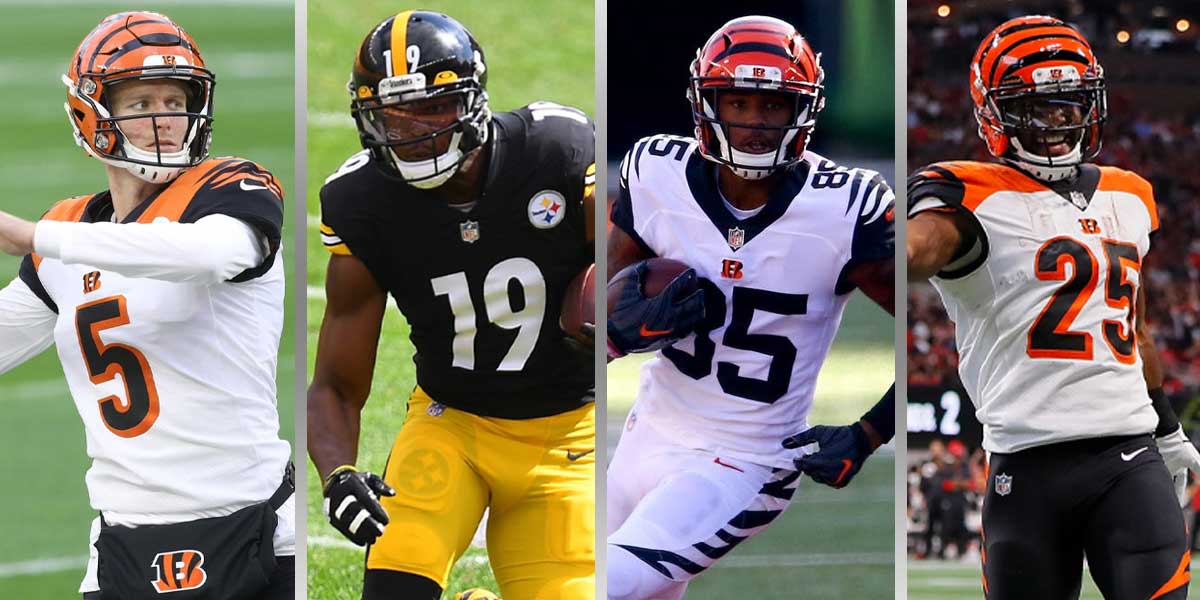 CINCINNATI – The NFL season continues with a special Monday Night matchup on this holiday week.

The division-leading Pittsburgh Steelers head to face their divisional opponent the Cincinnati Bengals in a heavily lopsided matchup. The Steelers are one of the best teams in the league while the Bengals are clearly one of the worst after losing their rookie starting quarterback Joe Burrow.

With the Steelers at 11-2, a win would put them one step closer to locking in a favorable seed in the playoffs just behind the Kansas City Chiefs.

Bettors looking to wager on tonight’s game should avoid the huge spread and moneyline odds and instead look at some valuable player prop bets that are currently available via online sportsbooks.

Ryan Finley Under 183.5 Passing Yards (EVEN)

Following the injury to the Bengals’ prized new possession in Joe Burrow, they are down to their third-string quarterback. Enter Ryan Finley, who replaces Brandon Allen who suffered a bone bruise against the Dallas Cowboys.

Finley was actually the No. 2 man before Allen bumped him down the depth chart. In four games of relief this season, Finley completed 10 of 19 passes for 75 yards, no TDs, and two interceptions. The Steelers have one of the best defenses in the NFL and should be able to suffocate the young QB.

This is one NFL bettors are encouraged not to think too hard about.

While the Steelers offense hasn’t run through Smith-Schuster as much as it has in previous years, JuJu has still seen an uptick in his performance as of late. JuJu has caught six or more passes in 9 of 13 games this year, including over 6 in three straight games.

In the Steelers Week 10 matchup against the Bengals, JuJu had 9 catches on 13 targets. The best NFL prop bets are the ones that just make sense. Look for JuJu to put up a similar statline on Monday Night.

Even without Burrow under center, Tee Higgins has been extremely efficient for Cincinnati this season. The rookie from Clemson has been able to catch five passes on eight targets in back-to-back games for the Bengals with the team playing from a considerable deficit.

With the Steelers defense flying around, they could likely prevent Finley from getting anything going in the passing game. But if he is able to get the ball down the field there is a great chance it will be to Higgins.

Gio Bernard has had a long NFL career of rushing the ball and catching passes out of the backfield. Bernard has two or more catches in 11 of 13 games this year, including at least two in eight straight games in a row.

The Steelers have allowed a running back to catch at least two passes in 11 of 13 games this year. Bernard will likely be a great check down option for Ryan Finley if he gets into trouble, which he will.