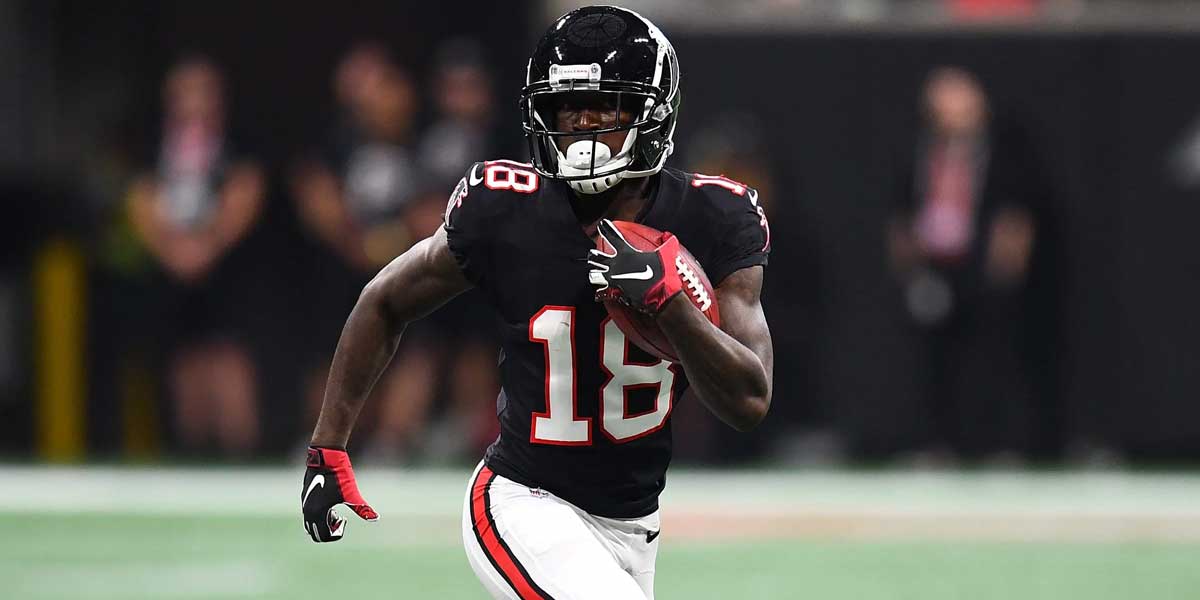 CHARLOTTE – Week 8 of the NFL season officially kicks off Thursday night as the Atlanta Falcons take on the Carolina Panthers.

The 1-6 Falcons are likely playing for a draft pick this year after a disastrous start that resulted in the firings of head coach Dan Quinn and general manager Thomas Dimitroff.

They take on the 3-4 Carolina Panthers who are looking capable under new head coach Matt Rhule. Many expected the Panthers to roll over and die after the big injury to Christian McCaffrey, but Carolina has been able to pick up wins behind the play of Teddy Bridgewater and backup running back Mike Davis.

With McCaffrey's return not likely this week, the Panthers are currently just a two-point favorite to win this game. This will be the second meeting between these NFC South rivals already this season, with the Panthers winning the first battle 23-16 on October 11.

Instead of trying to determine which of these two teams will be able to muster up the victory, bettors are turning to some valuable player props to get their action Thursday night.

Browsing the prop offerings for this game at the major online sportsbooks leads to a few key lines that jump off the page.

In just his third year in the league, Calvin Ridley has quickly established himself as a dynamic weapon and the perfect complement to Julio Jones.

Through his six games played this year (inactive vs. Green Bay), Ridley has 615 receiving yards and six touchdowns, for an average of just over 100 yards per game. The last time he played the Panthers just a few weeks ago, Ridley went for 136 yards on eight catches.

Ridley has the unique ability to get open underneath the defense out of the slot, while also being able to line up wide and burn safeties over the top. Add in the fact that Julio Jones is still not at 100%, and Ridley could be the best option outside the run game for the Falcons.

While the Falcons ineptitude falls on everyone in the organization, it is hard to put the blame on veteran quarterback Matt Ryan.

While Ryan is far from his MVP form of 2017, it is hard to say he hasn’t done the best he could with what is in front of him this season. While Ryan does have one of the more talented receiving duos in the league, both Julio Jones and Calvin Ridley have been slowed down by injuries this season.

With that said, Ryan goes up against a stingy Panthers secondary that has only allowed nine passing touchdowns on the season. Ryan obviously can light up the score sheet any night, but he has been held to just one or fewer passing TDs four times this year already.

The Falcons pass defense has allowed more passing yards than any other team in the league in 2020. Atlanta has also allowed the most passing touchdowns of any team in the NFL at 19.

If NFL bettors need any more convincing that Bridgewater will put up points Thursday night, just know that he has thrown for two or more touchdowns in three of his last four games, including two against the Falcons on October 11.

While Todd Gurley hasn’t been the most efficient back for the Falcons, none can argue that he hasn’t been effective with how often he finds the endzone.

In fact, Gurley even finds the endzone when he is actively trying to avoid it, as he did against the Detroit Lions last Sunday.

Todd Gurley tried to stop from scoring to run the clock out, but couldn't hold up.

The Lions scored the game-winning TD with 0 seconds on the clock.

That gaff allowed Matt Stafford and Co. to drive down and score the game-winning touchdown. Gurley would love to put that behind him and work on helping his team in Thursday’s game by scoring a touchdown when he is supposed to do so.

Gurley has been getting solid touches, getting over 15 carries per game in each contest this season, including 20+ in his last two games. Going up against a Panthers D that has allowed the fifth most rushing yards in the league this season, Gurley should be able to punch one in.