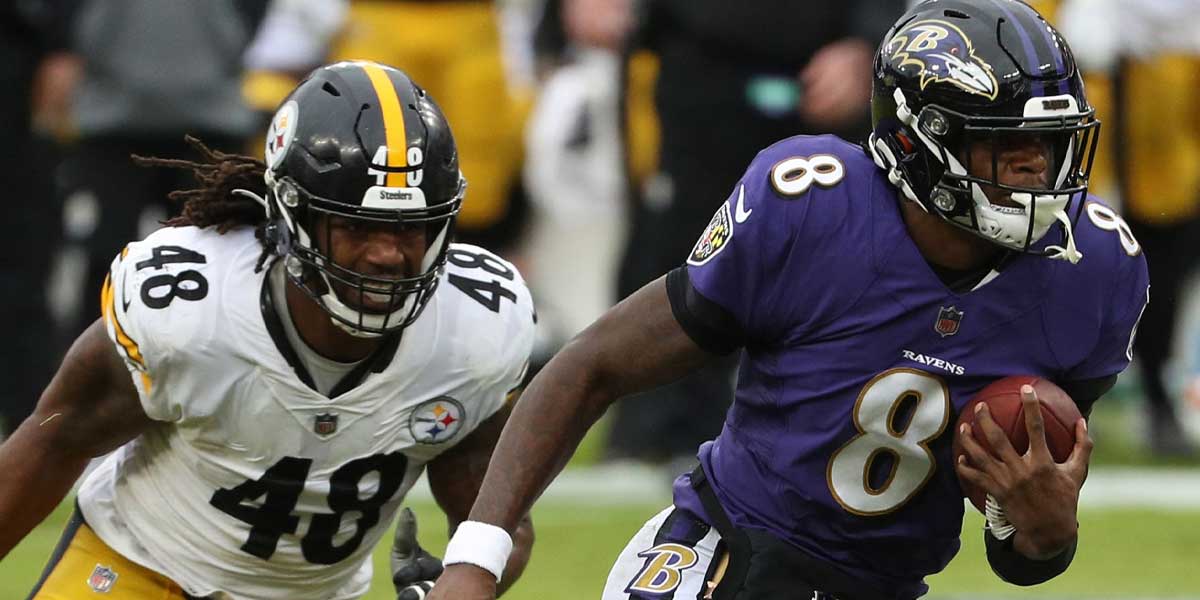 BALTIMORE – It appears as if the game between the Pittsburgh Steelers and Baltimore Ravens will actually be played Wednesday, nearly a week after its initial scheduled date of Thanksgiving.

The positive COVID tests keep coming in for the Ravens, but the show must go on in order to avoid the first game cancellation of the NFL season.

Names like Lamar Jackson, James Connor, Mark Andrews, and Calais Campbell will not be present on the field Wednesday, leading to many NFL bettors wondering who to bet on.

Player props are still available for the game, and there are a few key lines that are worth further investigation.

With so many players out, it can be hard to decern which one of these NFL props from online sportsbooks are legit, and which have no shot starting with Lamar Jackson’s absence leading to the input of Robert Griffin III at quarterback.

Brown has had a weak 2020 so far mostly thanks to the underwhelming play of his quarterback in the passing game. Over the last eight games for Brown, he has only gone over 38 yards three times and hasn’t done it since Oct. 18 against the Eagles.

The strong Steelers pass defense with the likes of Minkah Fitzpatrick should have no problem locking up the Ravens receivers.

Likewise, the Ravens will have to move the ball somehow and it could easily come from the feet of Griffin. Griffin has always been a talented runner dating back to his days with Baylor where he won the 2011 Heisman trophy.

The Ravens will likely use the same running sets they have for Jackson with Griffin, which always leave a few scramble opportunities as well as designed runs.

Don’t look now, but Diontae Johnson is one of the hottest receivers in the NFL. The second-year wideout has racked up over 76 receiving yards in five of his six games this season, and appears to be Ben Roethlisberger’s new favorite target.

There are few receivers in the league who have more targets than Johnson over the last few weeks. Just last week, Johnson went off for 12 catches, and 111 yards against Jacksonville.

With James Connor out, the brunt of the rushing work will likely go through former Kentucky Wildcat Benny Snell Jr.

Snell had the game of his life to start the season against the New York Giants, where he ran for 113 yards on 19 attempts. Since then, Snell has failed to run for more than 19 yards while getting carries in the sevens. Even with a banged-up line for Baltimore, it is a tough player prop bet to see Snell hitting the over Wednesday afternoon.