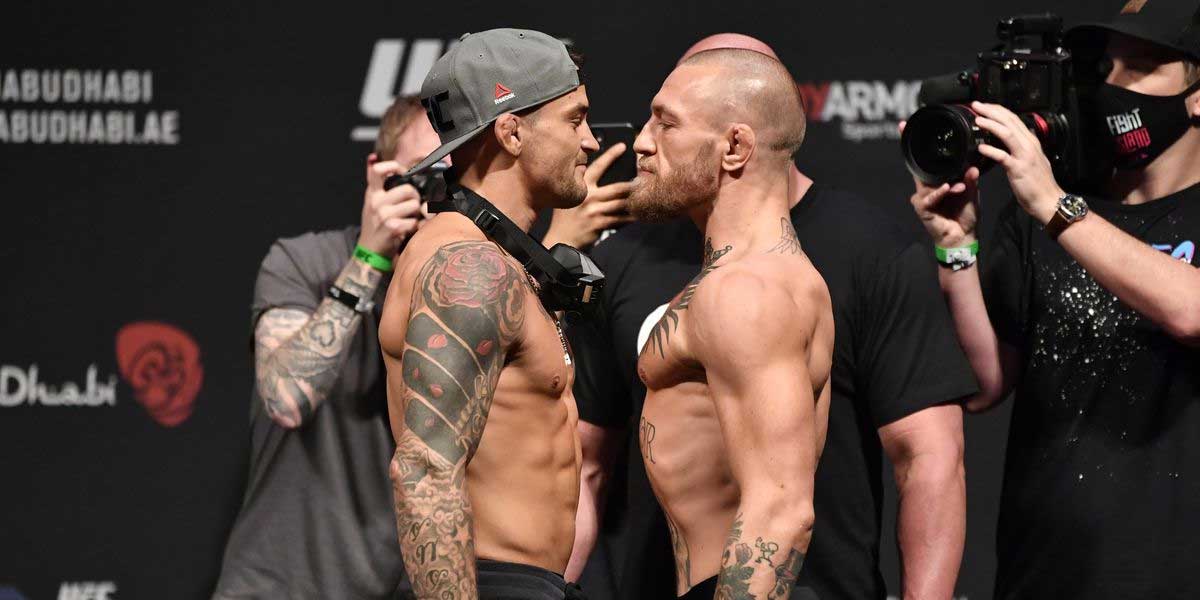 ABU DHABI, UAE – One of fighting’s most captivating and polarizing stars makes his return to UFC this Saturday as Conor McGregor takes on Dustin Poirier at UFC 257.

The fight will be McGregor’s first appearance in the octagon in nearly a year and is sure to be one of the most bet on events of 2021 so far.

McGregor always brings out a huge crowd due to his antics in the ring and outside of them. For the majority of his career, McGregor has been able to back up his big mouth with his fighting prowess and will have the opportunity to entertain the world once again this Saturday.

Overall odds, as well as all of these prop bets, are available on the major online sportsbooks, where McGregor is the strong favorite.

This will actually be the second fight between these two in their careers. The pair met previously in 2014 as featherweights when both were just on the rise in UFC.

McGregor earned a huge statement win in that fight, TKO’ing Poirier in just the first round.

Now, almost seven years later, the two will meet again. Except this time, there will be a considerably larger amount of money being bet on the bout.

Many UFC betting sites have listed a number of prop bets for the event. These bets allow for greater value than just a straight-up bet on the fight, and can be a bit more technical in nature.

Fight Ends in the First Minute

Betting on the fight to end in the first minute is one option, which would be even shorter than the previous bout between the two.

It is likely Poirier will be looking to directly avoid this outcome, so unless bettors are willing to lay down the -900, this should probably be avoided as well.

When it comes to groundwork, wrestling, and takedowns, Poirier actually has the advantage over McGregor, who employs more of a Muay-Thai style fighting form, so it makes sense that Poirier would be the favorite for this prop.

This leads into the next prop bet...

McGregor loves to deliver strikes constantly throughout his fights, notably with his swift kicks and hammer punches. McGregor usually leads his fights in strikes landed, even in his few losses.

Will Either be Knocked or Submitted Unconscious?

A knockout would certainly light up the media and fans watching the event, but it is necessarily a likely outcome. Fights regularly end in TKO’s where the winning fighter is stopped by the referee before a knockout can occur.

The prop bets aren’t just about the action in the ring, however, with one dealing with the length of legendary fight announcer Bruce Buffer’s introduction.

Nearly three minutes for an introduction sounds excessive, but when you are Bruce Buffer, there is no such thing as too drawn out.

Additionally, bettors can wager on if McGregor will mention his whiskey company in an interview.

McGregor to Say "Proper No. 12" in Octagon Interview

McGregor loves the media as much as anyone, and certainly knows how to move a product which explains these odds in favor of the free promotion.