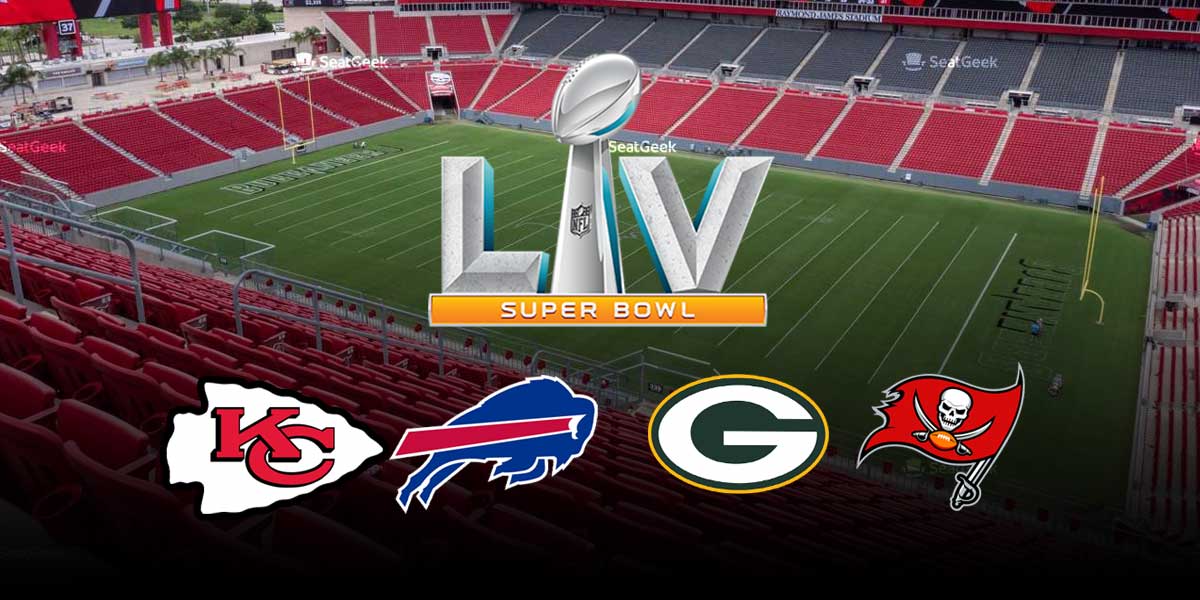 TAMPA BAY, Fla. – With the Super Bowl just a few weeks away, the NFL has whittled its’ field down to just four potential championship teams.

Heading into conference championship weekend, the Kansas City Chiefs are no longer the sole leader to win Super Bowl 55.

The surging Green Bay Packers are now tied with the Chiefs for Super Bowl futures odds for the first time this NFL season thanks to their explosive win over the Los Angeles Rams.

Now, bettors are trying to find the best possible odds for the Super Bowl before it’s too late. The major online sportsbooks currently have the Chiefs and Packer tied, with the Buffalo Bills and Tampa Bay Buccaneers to follow.

The Packers and Chiefs being tied in potential futures odds is largely due to the play of Aaron Rodgers, and the injury to Patrick Mahomes.

Rodgers threw for 296 yards and a 108.1 passer rating against the Rams, doing exactly just everything the team needed to take down one of the more vaunted defenses in the NFL. Meanwhile, Mahomes was leading his team to an extremely efficient first half before going down with a frightening concussion.

Mahomes is being evaluated for a concussion after this hit

The Chiefs were able to hang on to get the win over the Cleveland Browns with backup Chad Henne in the game. Many expect Mahomes to be ok for the AFC Championship Game against the Bills next week, but this injury is the prime reason for the drop in Super Bowl odds.

Some of the best value can be found on the Bills and Bucs, as they are naturally the underdogs in their upcoming games.

Taking a team like the Bucs and Brady to make it all the way might have the worst odds, but is never a bad bet).