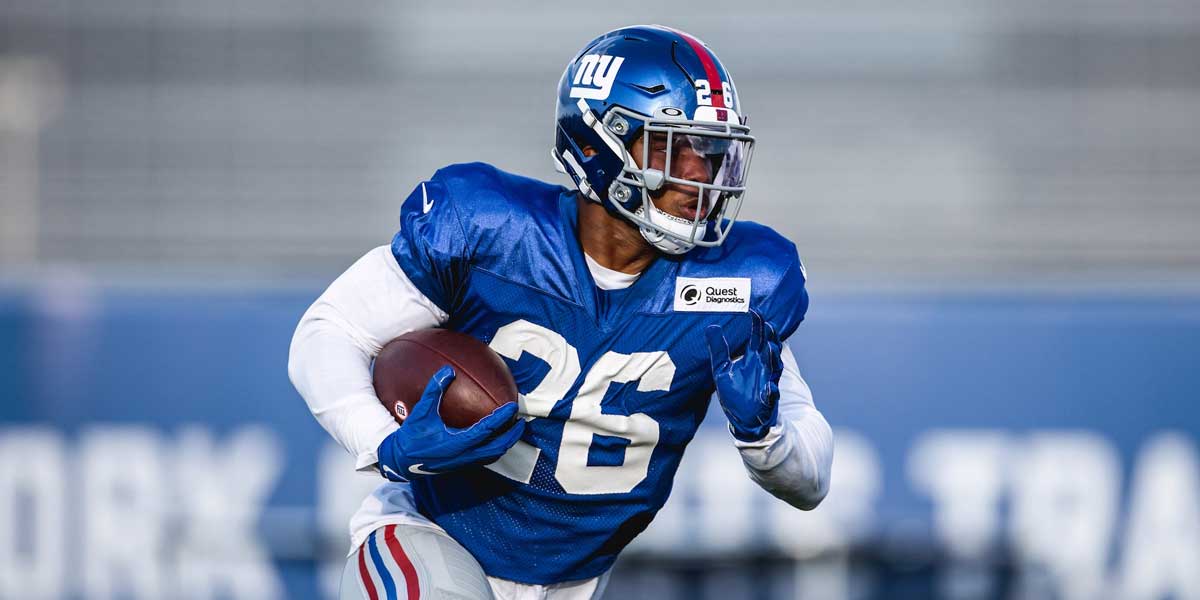 SAN FRANCISCO — As Week 2 of the NFL season comes to an end, fantasy football owners who are looking to upgrade their teams can do so with the waiver wire.

The waiver wire is where fantasy football owners can place claims on players who are not rostered on any teams.

Looking at the tight ends, which seems to be a “hard to come by” position this year, fantasy owners are in luck as Jordan Reed is sitting on most leagues’ waiver wires. Reed moved into the TE1 spot for the Francisco 49ers after George Kittle went down with an injury in Week 1. Reed took advantage of the situation as he went for 7 receptions, 50 yards and two touchdowns which was good for 20.5 points on online betting sites. Until Kittle is cleared to play, fantasy owners should be high on Reed.

With terrible news coming after the New York Giants game that Saquon Barkley had torn his ACL, he will obviously be sidelined for the foreseeable future. With Barkley out, that leaves Dion Lewis at the RB1 spot. Lewis did a decent job filling in for Barkley in Week 2 as he had 10 rushing attempts for 20 yards and a touchdown as well as 36 receiving yards. His performance was good for 13.6 fantasy points. With Barkley likely being out the year, Lewis would be a solid pick up.

Moving on to Jerick McKinnon of the San Francisco 49ers. He stepped up as Raheem Mostert went down with an apparent sprained MCL in Week 2 and did not disappoint. McKinnon had a solid Week 2 outing following a strong Week 1 performance as he put up 77 yards on just three attempts and a touchdown for 13.7 fantasy points. Being that this is his second week in a row going over 10 points, fantasy owners should not shy away from adding him to their teams.

49ers believe RB Raheem Mostert suffered a mild sprain of the MCL. How long Mostert will be sidelined depends on the MRI.

Those fantasy owners looking for a strong wide receiver, Russell Gage of the Atlanta Falcons is that guy. Gage has had another strong outing Week 2 after a great Week 1 performance. In Week 2 Gage muscled in 46 yards and a touchdown on 6 receptions for 13.6 points. He is also getting the targets he needs which is also a good sign as he shares the field with great receivers like Calvin Ridley and Julio Jones. As long as he gets the targets he needs, fantasy owners should be all over him.

Another receiver that should be on everyone’s radar is Keelan Cole on the Jacksonville Jaguars. Cole had another strong outing as well in Week 2 after a great Week 1 performance. He is gaining more targets than the teams WR1, D.J. Chark as Chark has gotten just four and three targets in Weeks 1 and 2 while Cole has gotten five and seven targets. In Week 2 Cole put up 58 yards and a touchdown for 14.8 fantasy points.

For those that do not have a set quarterback on their team, the time has come to start looking at the rookie, Justin Herbert. Herbert stepped into Week 2 aa the QB1 while Tyrod Taylor went down with a rib injury. Herbert did not disappoint in his debut as he put up 311 passing yards, one passing touchdown, 18 rush yards and a rushing touchdown and took the Kansas City Chiefs to overtime as well. As long as Herbert can follow up his debut with another strong outing, he is worth the pickup for sure.