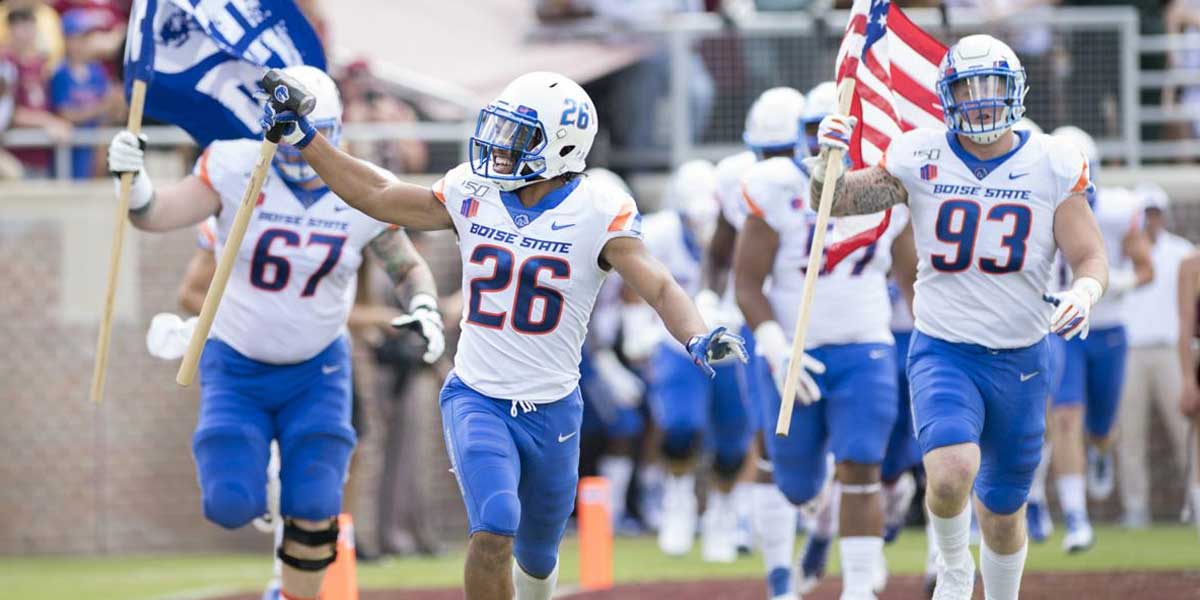 The Boise State Broncos enter this matchup of undefeated teams as 12.5-point favorites over the Marshall Thundering Herd. The O/U for this showdown is 57. Bet the Over here, as Boise State has shown they can put points on the board. USAOnlineSportsbooks.com thinks Boise State is one of the toughest teams to beat at home in the country and they should cover the spread comfortably in this game.

The Broncos are fresh off a come-from-behind upset win over the Florida State Seminoles, a game in which they were trailing by 18 points in the second quarter and then outscored FSU 23-0 the rest of the game.

The victory vaulted Boise State into the AP and Coaches Top 25 this week, where they are currently ranked #24. This makes the 18th straight season that Boise State has been ranked nationally as a football program.

Boise State freshman quarterback Hank Bachmeier showed true grit as he threw for 407 yards and one touchdown in the first start of his college career against Florida State. The Broncos will have to continue to lean on Bachmeier if they want to be Mountain West Conference champions at the end of the year.

Boise State Junior running back Robert Mahone will look to build on his stellar first game as he gashed the Seminoles for 142 rushing yards and two touchdowns. Marshall’s defense hasn’t allowed a single rusher to go over 100 yards in their last 15 games. However, Mahone will probably be the running back to end this streak.

The Thundering Herd dominated their previous opponent scoring 56 points and amassing a total of 620 yards of offense, but the Broncos will present much more of a challenge this week. If Marshall’s offense can control the tempo of the game and keep Boise State’s defense on the field this could be a much closer game than the betting odds predict.

Marshall is led by sophomore quarterback Isaiah Green who threw for a career-high four touchdowns against VMI last week. He will need to have another career day to upset the 24th ranked Broncos at home. The Thundering Herd will be passing the ball heavily in this game as they try to keep up with Boise State’s offense.

After this game, the Boise State Broncos will turn their focus on a home non-conference matchup against Portland State, while the Marshall Thundering Herd will take on the Ohio University Bobcats.