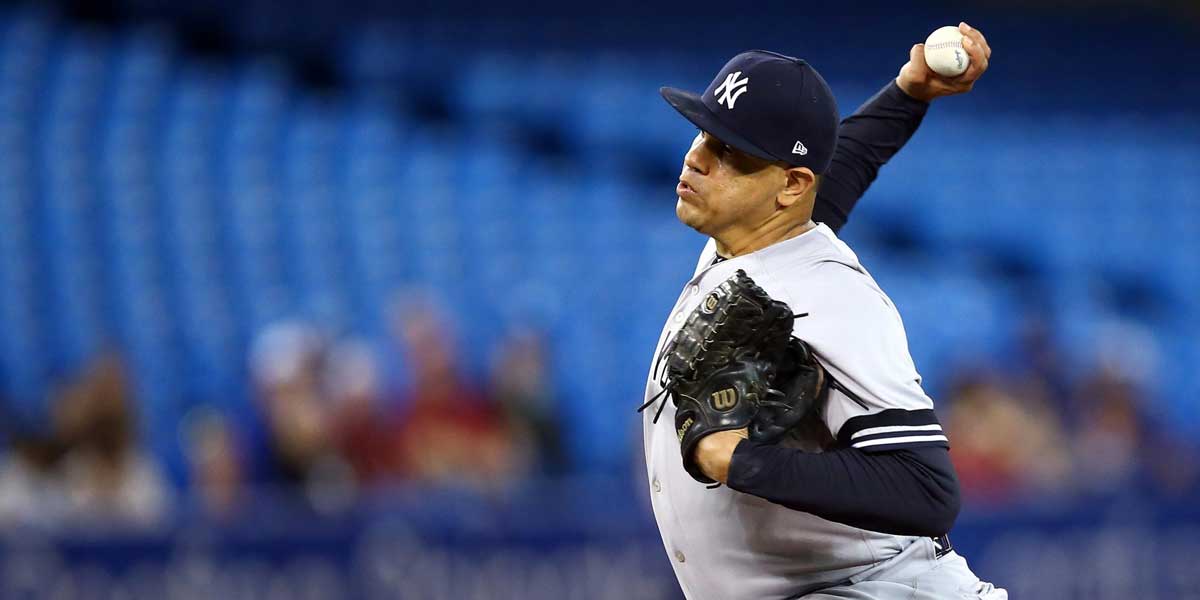 New York, NY – New York Yankees relief pitcher Dellin Betances suffered a partial tear to his left Achilles tendon on Sunday. In the Yankees 6-4 loss to the Toronto Blue Jays, Betances was only available for a short while before an awkward landing caused him to leave the game.

Betances was making his season debut after spending most of this season on the injured list while recovering from shoulder impingement and a strained lat. The reliever would only get to throw eight pitches in his season debut, as he struck out the only two batters he faced.

Betances might not need surgery on his Achilles, but he will seek a second opinion on the matter, which puts an end to the Yankees reliever’s season. The abrupt end to the season for Betances will hurt a Yankees team that hoped for a bolstered bullpen and a deep playoff run with Betances available.

Losing Betances doesn’t end the Yankees World Series hopes as they still have a good bullpen and one of the most high-powered offenses in baseball. USA online sportsbooks like Bovada have the Yankees odds to win their 28th World Series title after Betances’ injury +400. They’ve been without Betances all year so the Yankees are more than prepared to move forward in the absence of their reliever.

Betances has spent his entire eight-year career with the Yankees, making four All-Star appearances. He will be a free agent at the conclusion of this season, as it’s unknown whether this injury will affect him on the free-agent market. Betances's last healthy season in 2018, which saw him produce a 2.70 ERA across 66 2/3 innings, adding in 115 strikeouts.

Although the Yankees will be without Betances in their next home game against the Los Angeles Angels Wednesday, they will get back outfielder Giancarlo Stanton which will be a major boost for the Yankees lineup.

Just two years ago, Stanton led the league with 59 home runs. The Yankees have been hampered by injuries all season long and it hasn’t stopped them from being one of the most dominant teams in the MLB this season.