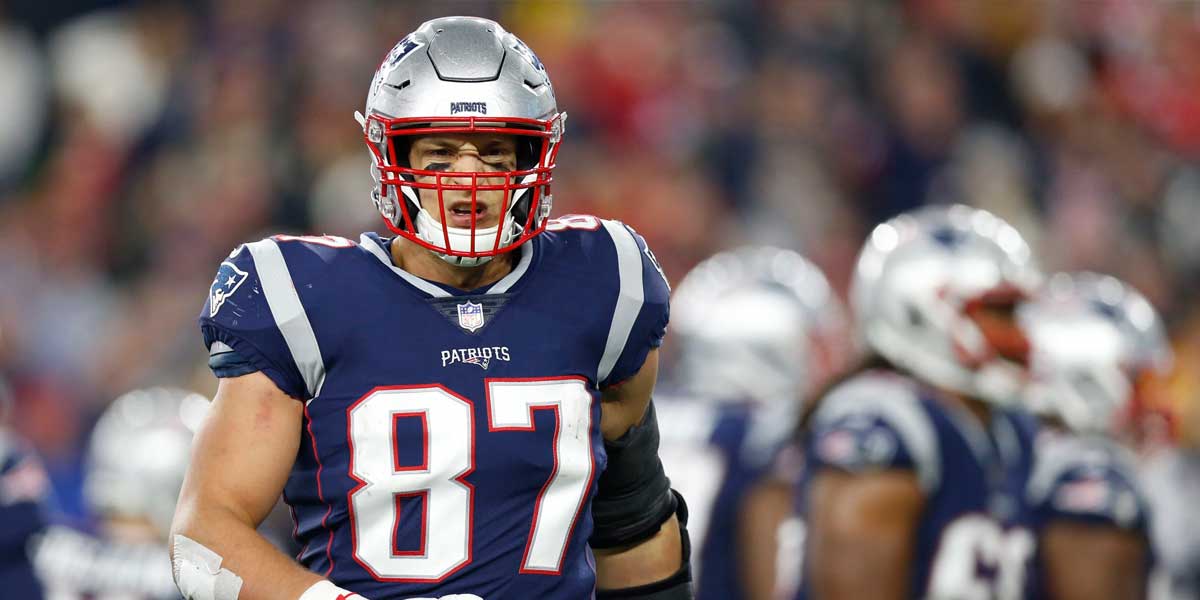 TAMPA, Fla.—Rob Gronkowski broke the NFL world on Tuesday with the news that not only will he come out of retirement but that he is also going to be traded to the Tampa Bay Buccaneers. Sportsbooks were quick to act on this and have released odds for Gronk’s 2020 seasons stats.

Party’s Over For Gronk

Rob Gronkowski is trading in his beer funnel and Music Festivals for a brand new Tampa Bay Buccaneers uniform. There are questions surrounding whether or not 6’6 tight end will have the same impact on the Bucs that he had with the New England Patriots.

In his last year with the Patriots in 2018, Gronk put up 682 yards and just three touchdowns. These are low numbers for the star tight end, but with a change of scenery, a spark could be lit and he could have a great bounce-back year in Tampa.

Online sportsbooks, however, are skeptical about his role for the Bucs and have set up the betting lines for his season stats conservatively and in line with his most recent performance in New England.

The Over/Under for total receiving yards for the tight end is set at 650 yards with both sides of the line at -120 odds.

Even though the odds are the same, the under could be a smarter choicer here as not only did he have low numbers in 2018 but he is joining a team that is loaded with star talent, especially on the receiving side. Bettors can expect Mike Evans and Chris Godwin to pull in the majority of receiving yards.

Odds for how many touchdowns Gronk will have on the season have also been released as sportsbooks have set an Over/Under of 5.5. This bet might be a little more tricky as he did only have three touchdowns in 2018, but this new look Buccaneers team is expected to be a high scoring bunch.

That could mean that Gronk does get his endzone targets. The Over here surprisingly might be a beneficial move.

Another aspect that bettors will have to consider is Gronkowski’s physical form. The three-time super bowl winning tight end was known for his bull-dozing stature but has since lost a substantial amount of weight.

If the NFL season were to be delayed it would allow Gronk to have more time to get into football shape, which in turn may affect his on the field play and shift his season stat odds one way or the other.