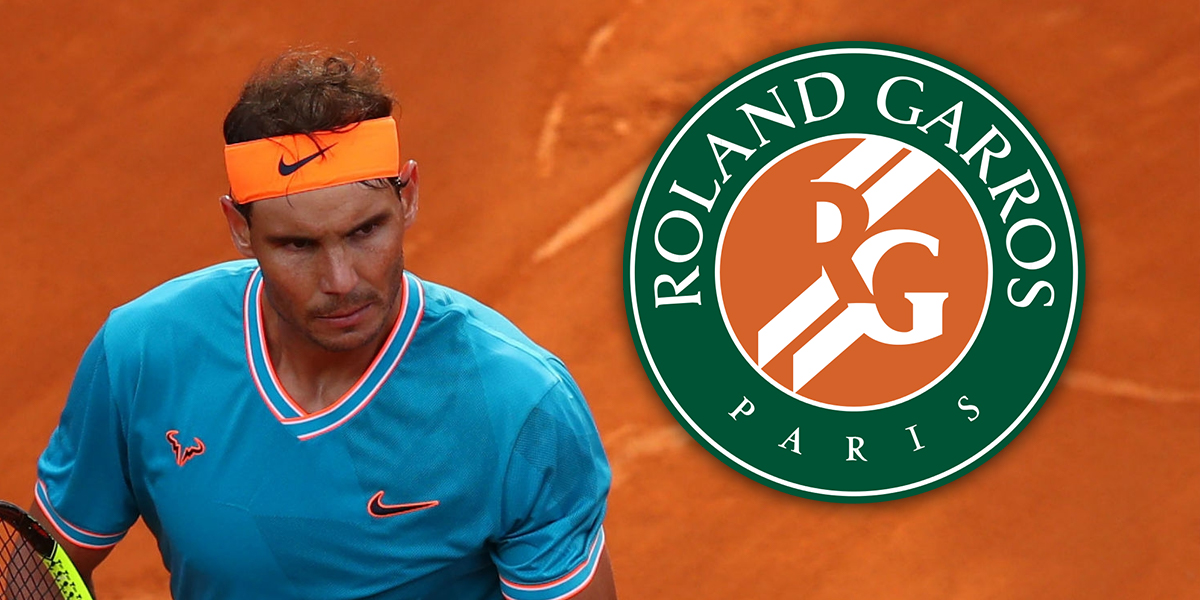 PARIS – The two-week 2019 French Open, also known as Roland Garros, is around the corner, slated to begin on Monday.

The tournament consists of 248 men and women tennis players and is the only Major event that is played on clay.

Like the beginning of any major event, the betting odds have been moving drastically since the announcement of injuries and the draw for the tournament being released Thursday night.

Rafael Nadal is the clear favorite, having won 11 previous Roland Garros tournaments. Posting odds near even (-110) it is truly a “Nadal versus the field” situation.

Nadal has won three of the last five French Opens. Not competing in the 2015 tournament, Nadal withdrew from the 2016 event due to a wrist injury that also kept him out of Wimbledon the month after.

Andy Murray would be the next tennis player in this list, no matter how inconsistent he has performed throughout his career. In the last five French Opens, Murray had made at least the semifinals four times; however, a hip injury caused Murray to retire after the 2019 Australian Open.

Instead, the focus turns to Novak Djokovic to battle Nadal for the top honors. Djokovic (+250 at Bovada), can win his second ever non-calendar Grand Slam, having won Wimbledon and the US Open last year, while sealing a victory this season in the Australian Open. Djokovic has been to the finals in three of the last five French Opens, having one once.

Other players to have made at least the semifinals over the course of the last five years include Dominic Thiem and Stan Wawrinka. Wawrinka has seen two finals appearances (winning once), whereas Thiem made it to the final day once (last year losing to Nadal).

Even though the results aren’t there at Roland Garros of late, betting on Roger Federer (+2200) is never a bad play either.

Those looking for longshots who may actually have a chance should look to some of the younger players doing well this year. Chilean Christian Garin (+25000) won his most recent clay tournament, the BMW Open by FWU in Germany, beating four top-40 players in the process. Only, 22, is 16-2 in his last 18 clay matches.

Italian Marco Cecchinato (+10000) is another name to keep your eye on. Though his record is not as impressive on clay this year (5-4), Cecchinato made the French Open semifinals last year. Cecchinato won the Argentina Open this year but also has three first-round exits on clay

USAOnlineSportsbooks.com knows those looking to bet on high-powered servers Kevin Anderson, John Isner, and Milos Raonic will have to wait until the next major event, Wimbledon, as they have withdrawn from this year’s Roland Garros. Nick Kyrgios also announced he would pull out of the field.