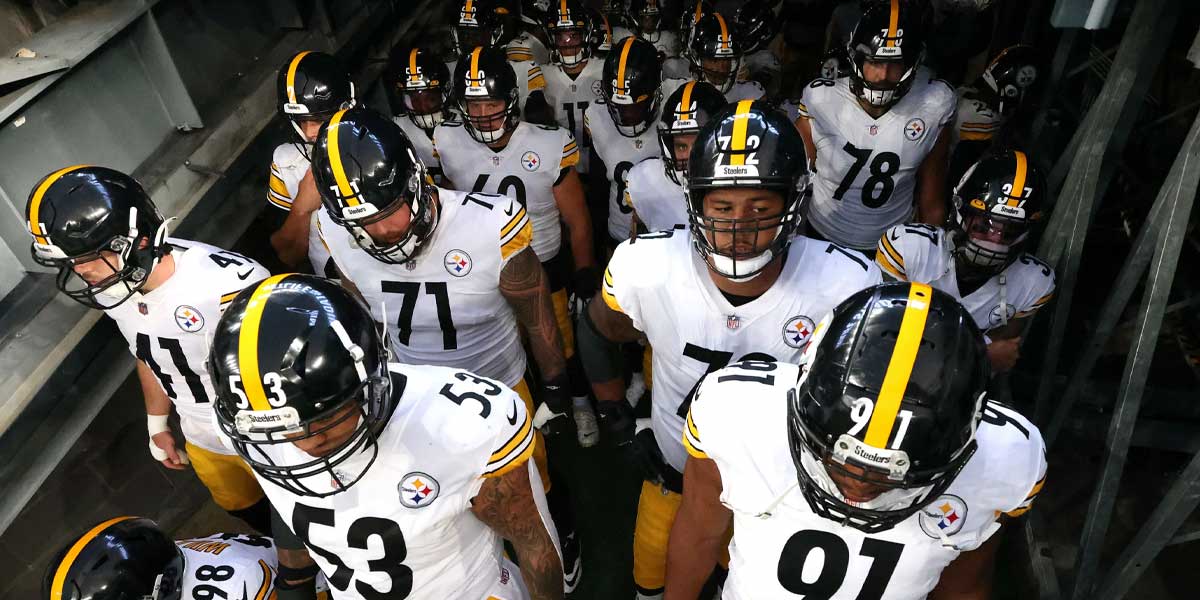 LAS VEGAS – The NFL season is officially kicking into high gear this week with a series of high-profile matchups.

With three games on Thanksgiving, the NFL schedule is a little more eclectic this week, but the odds are still available on all of the major online sportsbooks.

Starting with the primetime Turkey Day matchup between bitter AFC North rivals in the Baltimore Ravens and Pittsburgh Steelers.

The bad blood extends from the family arguments at the table onto the gridiron this Thanksgiving as the Ravens meet the Steelers in their second matchup of the season. The first meeting between the teams was just three weeks ago, and was won by the Steelers 28-24.

The Steelers are still undefeated at 10-0, and appear to be one of the more consistent teams in the NFL. Unlike the 6-4 Ravens, who have now earned a bit of a reputation for floundering in big games after their overtime loss to the Tennessee Titans.

A win against the Steelers would do a tremendous amount for the Ravens’ reputation, but there is likely a reason that 55% of bets have already come in on Pittsburgh.

Look for the Steelers to manhandle a Ravens team that appears to have lost confidence after two consecutive losses.

Before their close 27-20 loss to the Houston Texans this past Sunday, the Pats had just defeated the Ravens behind a 121-yard effort from Damien Harris. It had appeared that the Patriots were finally finding an identity on offense. That consistency was not upheld against the Texans, but the spark of optimism should not be completely unvalued.

Meanwhile, the Cardinals suffered a harsh loss at the hands of the Seattle Seahawks last Thursday despite another explosive night from Kyler Murray. Arizona has the best offense in the league, averaging 414.3 yards per game, and that is largely due to the success of Murray this season. The problem is the Cardinals' defense, which ranks in the bottom third of most statistical categories.

As long as the Cardinals can score more points than the Pats they should have no problem. If the game stays under 25 points, however, the Patriots gain the advantage.

The battle for the AFC South comes to a head this Sunday when the Indianapolis Colts face the Tennessee Titans in their second matchup of the season. The winner of this game could easily go on to win the division, with both teams currently tied at 7-3 on the season.

The Colts took down the Titans 34-17 when the two met just a few weeks ago on Thursday night. In the game since, both teams picked up impressive wins, with the Colts beating the Green Bay Packers in overtime and the Titans defeating the Ravens also in overtime.

While the Colts defense is second in the league in yards allowed, there are few men on earth who can stop NFL rushing leader Derrick Henry once he gets going, as the Ravens learned last week.

It will take more than Henry for the Titans to win this one, however. Henry had 103 yards in their previous matchup that the Colts won handily 34-17. With a spread this size, it appears as if the bookies trust the Colts, but not that much. So far 74% of public betting money has come in on the Titans.

Notable Betting Trends:
The Colts are 6-3 ATS this season.
The total has gone over in 5 of the Colts’ last 6 games.
The Titans are 1-4 ATS in their last 5 road games.
Tennessee has hit the over in 7 of their last 9 games.

The final key matchup of the week features two legendary quarterbacks on different ends of their careers. Tom Brady has his Tampa Bay Buccaneers playing well at the ripe age of 43, while 25-year-old Patrick Mahomes is leading his Kansas City Chiefs on the path to a second consecutive Super Bowl.

While the Bucs are 7-4, they were outplayed by the Los Angeles Rams on Monday Night. All the flashy weapons on offense don’t mean much if the team can’t stop itself from making mistakes. While the spread here is low, there is a reason why the Chiefs are the defending champions. KC has the No. 1 scoring offense in the league at 32.1 points per game, and will likely have no problems in Tampa Bay.