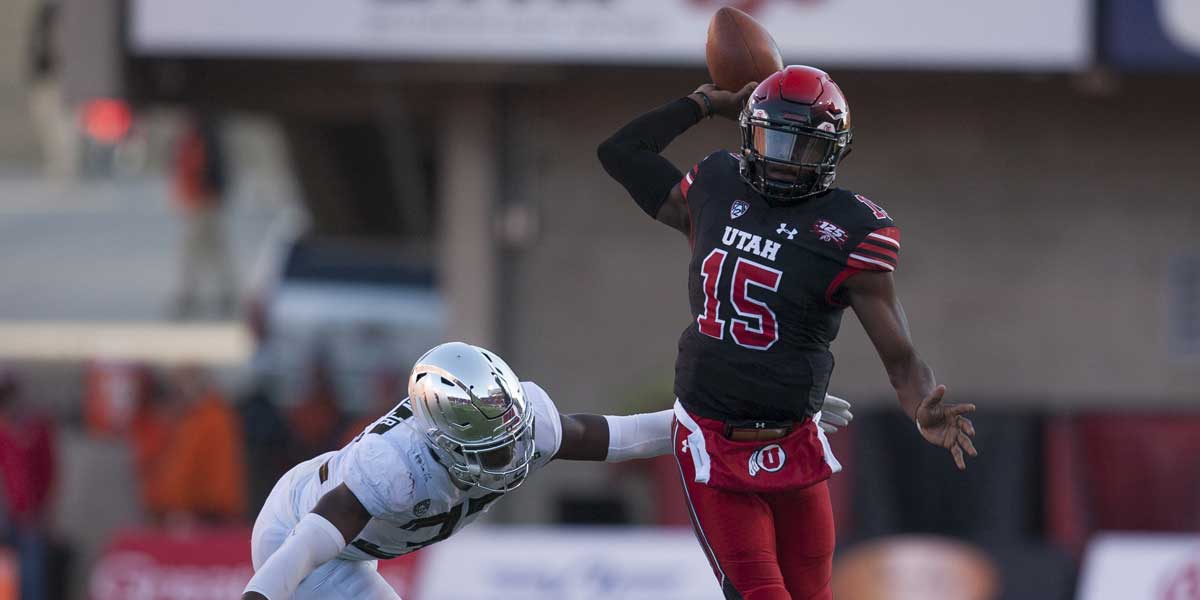 SANTA CLARA, Calif. – Will the No. 14 Oregon Ducks be able to beat the No. 5 Utah Utes (-6.5) in the Pac-12 Championship game? The Utes made it this far last season only to lose to Washington 10-3. With a title win, there are still plenty of factors that need to occur for Utah to make it into the final four.

The No. 2 LSU Tigers will have to seal a victory against the No. 4 Georgia Bulldogs in the SEC title game. The Oklahoma Sooners and Baylor Bears outcome will have an effect on the final standings as well.

Utah’s (-250) defensive line is one of the best in college football. This season alone they have handed out two shutouts and have played exactly ten halves where they haven’t allowed their opponents to score once.

When it comes to their rush defense, they are number one nationwide with an average of 56.3 yards a game. The Utes defense is definitely ready to take on the Ducks offense. While Ducks quarterback Justin Herbert is still slated for a career in the NFL, he has been performing poorly as of late. Herbert has had nine sacks and four interceptions this past month alone.

Until recently, Oregon (+210) had a pretty solid defense. But, in their last two showings, they have allowed a combined total of 41 points to be scored by their opponents.

With both Herbert and the defense being in slumps simultaneously, this isn’t the best time for the Ducks to be playing in a championship game. And having a quarterback like Tyler Huntley leading the Utes, Oregon will need to play their best if they want to come out victorious.

"Huntley’s a tremendous leader. He runs that offense like he’s been there for four years, because he has been. We’re looking forward to playing against him,” said Ducks linebacker Troy Dye.

Huntley is rated second in college football for the highest percentage of pass completions at 75.5%, just under LSU’s Joe Burrow. He has thrown for 2,773 yards this season for a total of 16 touchdowns and only two interceptions.

The Pac-12 Championship game will begin on Friday at 8:00 p.m. EST from Levi’s Stadium in Santa Clara, California. The game can be viewed by the ABC network or online through ESPN applications. Various USA sportsbooks have the Utah Utes as the favored team to win it all. If the Utes do not make a repeat of last year’s performance, they could very well have a chance to make it to the College Football Playoffs.