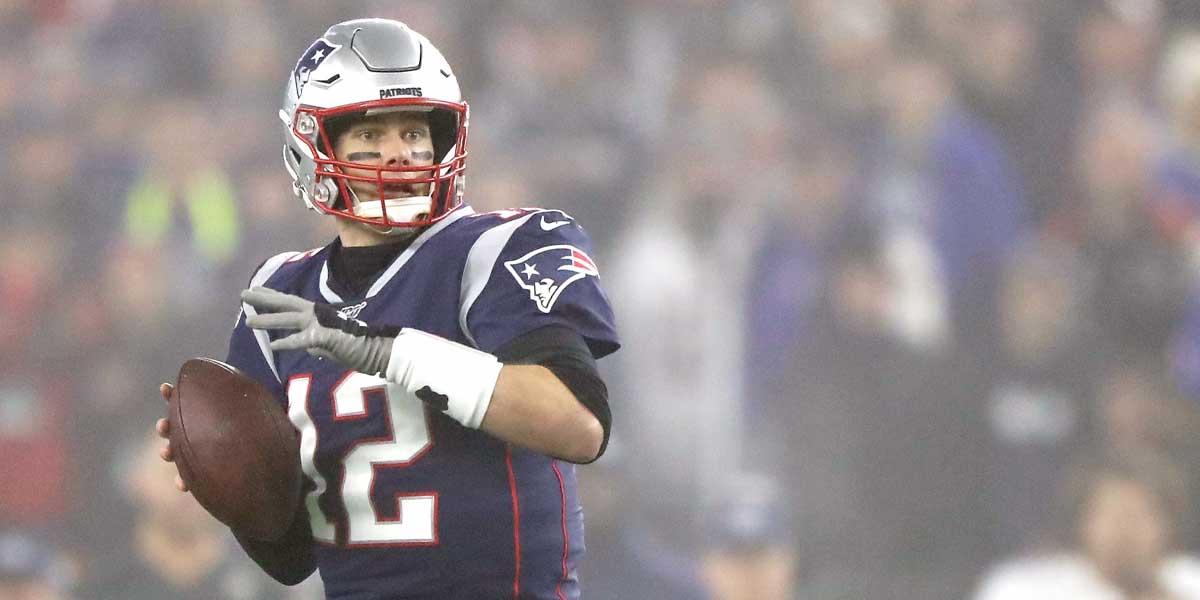 TAMPA, Fla. — The NFL offseason has been one of the bright spots in sports despite the coronavirus shutting down most of the sports world.

One of the biggest moves of all the free-agent signing this offseason is the Tampa Bay Buccaneers signing of six-time champion and former New England Patriots quarterback Tom Brady.

The 43-year old quarterback will be looking to lead the Buccaneers to the playoffs for the first time since 2007. Brady is coming off a season where he threw for 4,057 yards, 24 touchdowns, and eight interceptions while completing 60.8% of his passes.

Brady led the Patriots to a 12-4 record in his last season in New England. With the Buccaneers, Brady will enjoy one of the best receiving corps in the NFL led by Mike Evans and Chris Godwin which should boost his numbers this season.

Online sportsbooks have released NFL odds on Tom Brady’s stats in his first season in Tampa Bay. With a lot of hype and new weapons surrounding the Bucs, they should be one of the teams in the mix for a playoff berth.

Winner: Under (-115), Take the Under for this prop because Brady still protects the ball and is coming off a season in which he only threw eight interceptions. Betting on Brady to throw double-digit picks is risky. Since 2013, he’s only had two seasons in which he’s thrown more than 10 interceptions.

Brady could throw more interceptions as he gets acclimated in Bruce Arians' system and builds chemistry with new receivers but it’s not likely. The under is the best bet here and should be taken with confidence.

Winner: Over (-105), Tom Brady will be passing the ball often in Tampa’s Bay system because they don’t have much of a running game and the aerial attack for the Buccaneers is potent. Brady threw for 4,057 yards with little to no weapons in New England so imagine what his number will be with the Bucs weapons at wide receiver and tight end.

Bruce Arians pass friendly passing system is also another reason to take the Over on the prop. Keep an eye out for shifts in these odds too. The closer to the start of the season, the more likely online sportsbooks are to fluctuate them.

Winner: Under (-120), The Buccaneers give Brady a clear upgrade over the Patriots weapons but Brady hasn’t thrown for more than 30 touchdown passes since 2017. The 32.5 touchdowns needed for the Over to hit seems like too much despite the new weapons at Brady’s disposal.

This is why the Under should be taken. Brady will likely get in the range of 25-30 touchdowns but won’t eclipse the number of 33 passing touchdowns fans saw by former Bucs quarterback James Winston in this same system last year.

Bettors should feel comfortable taking the Under and should even wait for the odds to settle a bit to see if a better return can be gained at sportsbooks.