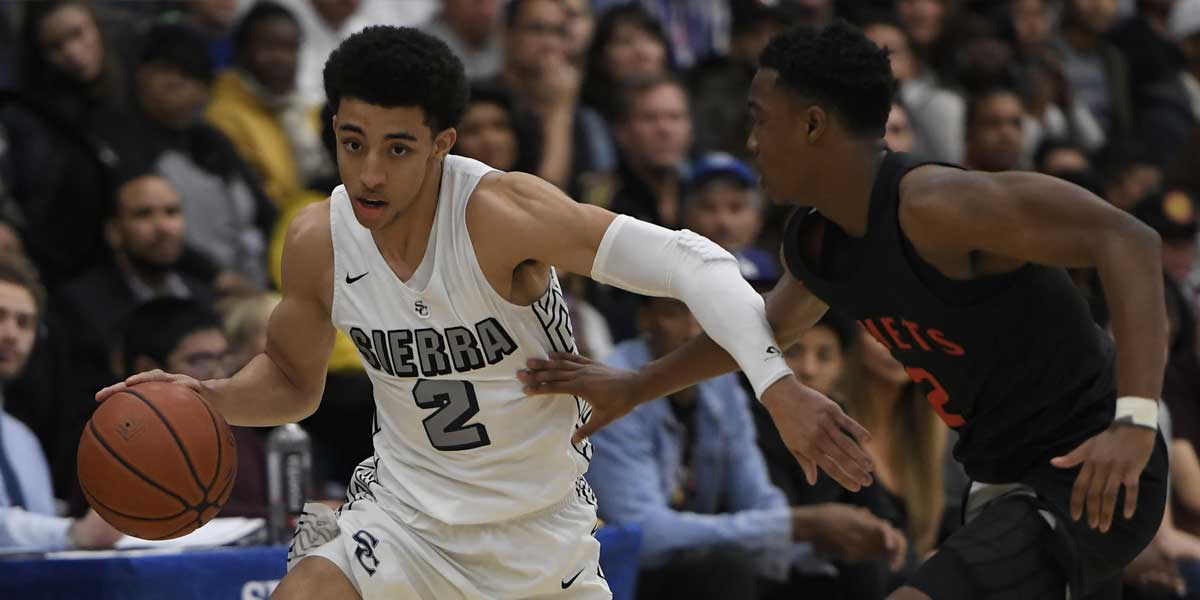 CHATSWORTH, Calif. – With the NBA in full swing, bettors know exactly which team to watch and wager on after the first month of the season. But sports bettors are also being introduced to odds surrounding a different level of basketball – high school.

Oddsmakers at US sportsbooks have focused their attention on prop bets involving the Sierra Canyon High School basketball team. Though most high school events are not of major importance for sportsbooks, this specific team involves the sons of NBA superstars in Lebron James and Dwyane Wade.

Sierra Canyon is a high school in Chatsworth, California. The Trailblazers are known for their impressive play mainly due to the notoriety of Zaire Wade and Bronny James – sons of Dwyane Wade and Lebron James, respectively.

While Wade is a senior at the school, James is a freshman but that didn’t stop oddsmakers from proposing wagers around them.

On Thursday, the Trailblazers face off against Montgomery High, where bettors have the ability to take an over or under on the number of points Wade and/or James will score.

Keep in mind that betting props such as these are only found on offshore sportsbooks, as regulations prevent state-licensed sportsbooks from accepting wagers on high school athletes.

Still, at the offshore books, bettors have the option of taking James to score over or under 11.5 points. For Wade, the senior is projected to score an additional bucket, as his point-total projection is set at 13.5.

This wager only covers tonight’s game, but bettors who wish to follow Sierra Canyon basketball can also look for more long-term selections.

The book is also offering an over-under for the scoring average of these two players over the course of the season. As the season officially begins tonight, the two sons of NBA superstars will have until February 8, 2020, to meet their average. For James, his average is set at 10.5 points per game, while Wade is looking at a higher line of 14.5 points.

Oddsmakers are also setting the win total for the coveted Sierra Canyon basketball team. Listed at 25.5 wins, the team will have to play extremely well all season – especially if Sierra Canyon wants to win the 2019-2020 State Championship (Yes, -300) as well.

While this may seem like the end of the betting options for Sierra Canyon basketball, oddsmakers have also listed the odds for Dwyane Wade to be in attendance. With yes set at -500, bettors would have to risk a sizeable amount, but the chances are high that the future hall of famer will be there to support his son.