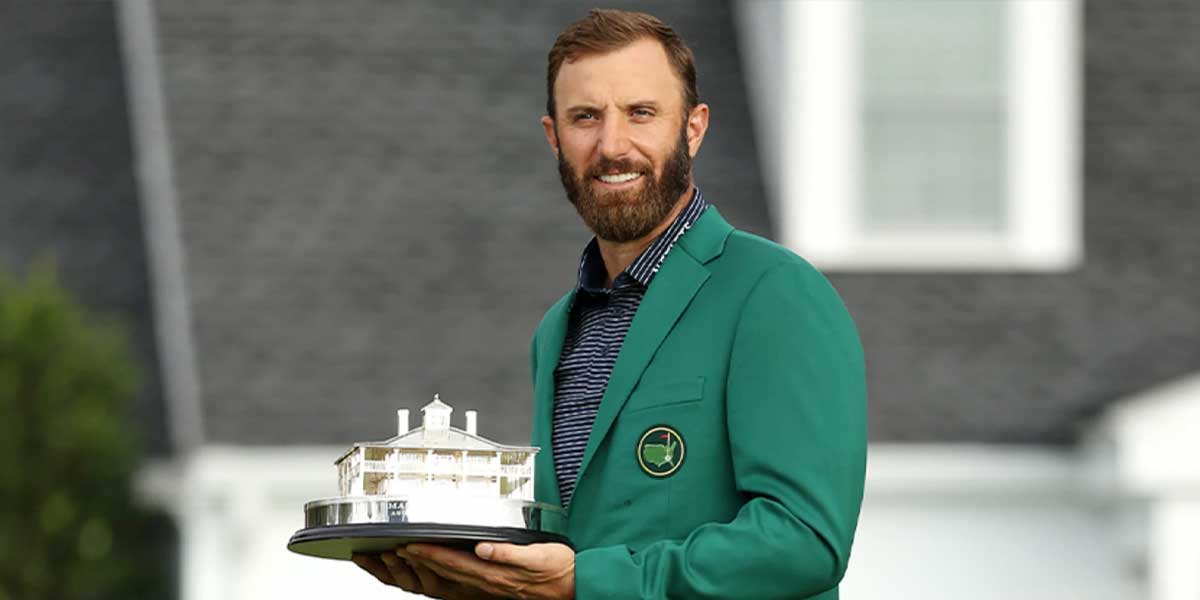 AUGUSTA, Ga. - As the PGA Tour continues in 2021, PGA bettors can begin taking an early look at the odds on who is going to win the PGA Tour.

Online sportsbooks currently have last year’s Masters winner, Dustin Johnson listed as the favorite to win it again this year.

Dustin Johnson’s PGA odds are heavily favored to win amongst the rest being that he was the winner of the Masters last year.

Since last year’s Masters, Johnson has participated in just four tournaments since. In those four tournaments though, Johnson placed in the top 15 in three of those four which includes a win at the Saudi International and an eighth-place finish at the Genesis Open. Not to mention, Johnson is also the number one ranked golfer in the world right now.

If Johnson could continue his hot streak, bettors could be in line for a nice payout in back-to-back Masters Tournaments betting on Johnson.

Brooks Koepka is another name that should not be taken lightly as he has lit a spark under himself as well. Since the 2020 Masters, Koepka has participated in six tournaments in which he was the winner of the Phoenix Open and placed second at the WGC-Mexico Championship.

Koepka is currently the number 12 ranked golfer in the world as he has eight PGA Tour victories to his name. Adding a win in the Masters would certainly push Koepka up in the rankings and solidify him as a top ten golfer in the country.

As for his odds to win the Masters, those looking to make a nice profit can find that while betting on Koepka who has the second shortest odds.

Those PGA bettors that are looking to make a nice profit can take a look at Tony Finau. Finau has been on an absolute role since the 2020 Masters as he has participated in seven tournaments since then and has done spectacular.

In those seven tournaments, Finau saw six top fifteen finishes with four in the top five. Not to mention he placed second three times in a row at the Farmers Insurance Open, Saudi International, and the Genesis Open.

Finau is currently ranked the number 13 golfer in the world right now as well. With Finau being on such a hot streak though, it should be hard for bettors to pass up the opportunity to take his odds while they are sitting in somewhat of a longshot situation.