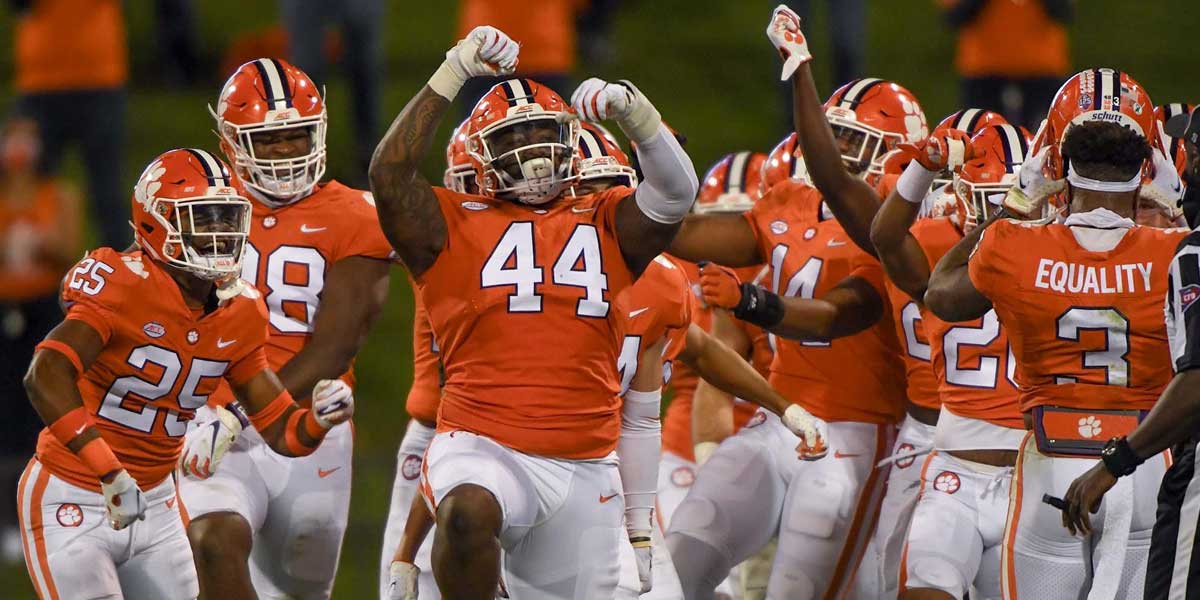 CLEMSON, S.C. – As Week 6 of NCAA football is on the horizon, there are some big matchups that college football bettors can take advantage of.

This includes 11 games that feature a matchup with at least one top-25 team.

Online sportsbooks have all of the odds for this weekend’s college football action including some tight games between top teams.

Football action begins at 12:00 p.m. EST and will take place all day long starting with the Florida Gators taking on Texas A&M and ending with Alabama facing off with Ole Miss.

The biggest ACC matchup of the week has Clemson listed as the heavy favorites in the NCAA odds over Miami and rightfully so.

This will make the 12th meeting between the two teams in which Miami leads the series at six games to five over Clemson. However, Clemson has had the hot hand in the series lately as they have won the last two matchups.

Alabama and Ole Miss will take the field against each other for their 64th meeting. The series has been all Alabama as they hold the series lead with a whopping 51 wins while Ole Miss just 10.

Alabama will look to add their 52nd win over Ole Miss and extend their current win streak over them to five wins.

What should be the tightest game in SEC action in Week 6 will be the 50th meeting between the Georgia Bulldogs and Tennessee Volunteers. This series had been neck and neck as Georgia has won 24 games while Tennessee has won 23.

There have also been two ties.

However, Georgia does have the upper hand on Tennessee here as they have won the past three meetings between the two.

The Florida Gators and Texas A&M Aggies will face off for just the fifth time in history.

Each team has two wins on each other but the Gators are heavily favored as they rank fourth in the country with their 2-0 record while the Aggies have fallen out of the top-10.

The Fighting Irish of Notre Dame will take on the Seminoles of Florida State in Week 6 which will mark the two team’s 10th meeting.

The Seminoles currently lead the series with six wins to Notre Dame’s three.

Although FSU holds the series advantage, Notre Dame holds a clear advantage here as they won the last meeting and are currently ranked fifth in the country while the Seminoles have seen better days.

In another tightly ranked ACC matchup, the North Carolina Tar Heels will take on the Virginia Tech Hokies in their 42nd meeting all-time.

The Hokies currently lead the series by a large margin as they hold 24 wins to the Tar Heels 11. There have also been six ties in the series.

Although North Carolina is seen as the favorites, it is the Hokies who have the hot hand in the series as they have won four straight games.

Auburn and Arkansas will have their 30th all-time meeting during Week 6 of college football action.

Auburn holds both the series and the hot hand as they have won 17 of the 29 meetings thus far which includes the last four.

BYU will take on UTSA in their first-ever meetings against each other. This should be an interesting matchup as BYU is 3-0 while UTSA is sitting at 3-1.

BYU clearly has the upper hand at online sportsbooks though as they are ranked 15 in the country and also are huge favorites with a 35-point spread.

This will mark just the third meeting between LSU and Mizzou. Each team has gotten a win on one another with LSU winning their most recent game in 2016.

LSU is clearly seen as the favorites here as they are ranked 17 in the country while Missouri is sitting at an 0-2 record.

These two teams are very familiar with each other as this marks the 116th meeting between the Oklahoma Sooners and Texas Longhorns. Texas holds the upper hand in the series as they have won 62 games to Oklahoma’s 48.

However, Oklahoma has won the previous two meetings in this rivalry and are in fact favored to win a third straight.

Iowa State and Texas Tech will have their 18th meeting during Week 6 of college football action.

Texas Tech currently holds 11 wins on Iowa State but it is Iowa State who is looking to continue their hot streak as they have won four straight over Texas Tech.