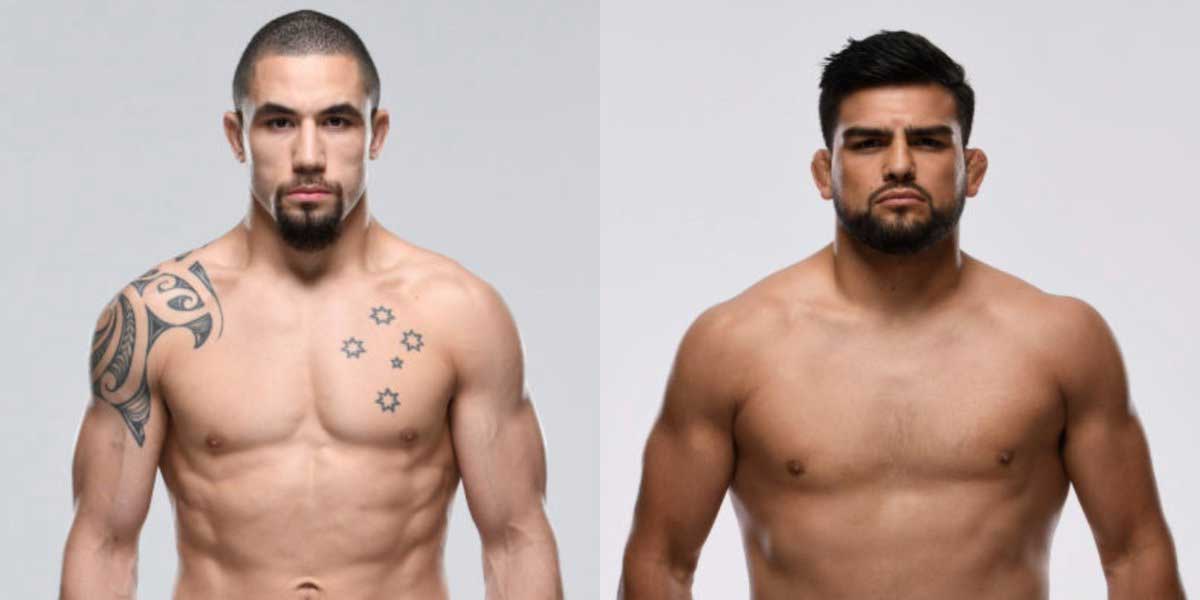 Whittaker is the number one ranked middleweight in the UFC, behind only the reigning champion Israel Adesanya.

Gastelum is ranked eighth, but his powerful fighting style has seen him face down top contenders before.

The online sportsbooks view Whittaker as a notable favorite entering this matchup, so let’s see if there are any edges to be found in shopping lines.

All of the online sportsbooks seem to agree that Robert Whittaker is a serious favorite in this fight - as he should be, being ranked #1 to Gastelum’s #8.

Intriguingly, each of these three major sportsbooks has Whittaker at -265 odds to win the fight, but their odds for Gastelum move around.

The best value for Gastelum bettors is found at BetOnline, where he has +225 odds, which reflects that BetOnline is taking a smaller vig on this wager than the other two books.

Another way to shop lines on this fight is by looking at the odds for how the fight will be won.

Each of these sportsbooks has internal calculations that lead to these odds, which means they will be slightly different across books. This allows UFC betting enthusiasts to find the best ways to wager on this matchup.

Whittaker’s best shot at victory is by decision, a method by which he’s acquired 35% of his wins. The best odds on that outcome are found at Bovada, where it is +135.

Whittaker has achieved 43% of his wins via KO, and the best odds on a Whittaker KO victory are found at either BetOnline or MyBookie, both of whom have it at +230.

Whittaker has racked up 22% of his wins via submission, and the best odds on that outcome are at MyBookie, which has it at +1400.

Gastelum’s best shot is via KO, and the best odds for Gastelum by KO are found at Bovada, where that outcome is +450.

Gastelum by decision is next, and he’s achieved 35% of his victories by decision. BetOnline and MyBookie both have this outcome at +550 odds.

The least likely method of victory for Gastelum is submission, although 24% of his wins do come via submission. Both MyBookie and BetOnline have Gastelum by submission at +1400 odds.

Finally, the most rewarding odds for a draw are found at BetOnline, where that outcome has +6600 odds.

Overall, the fight looks to be one that will take place mostly on the feet, with both men aiming for decision or KO victories. They both are capable submission fighters, but neither have very good odds to win this matchup via a submission.

The fight should be a good one regardless of outcome, so MMA bettors have a lot of options as far as wagering on it.