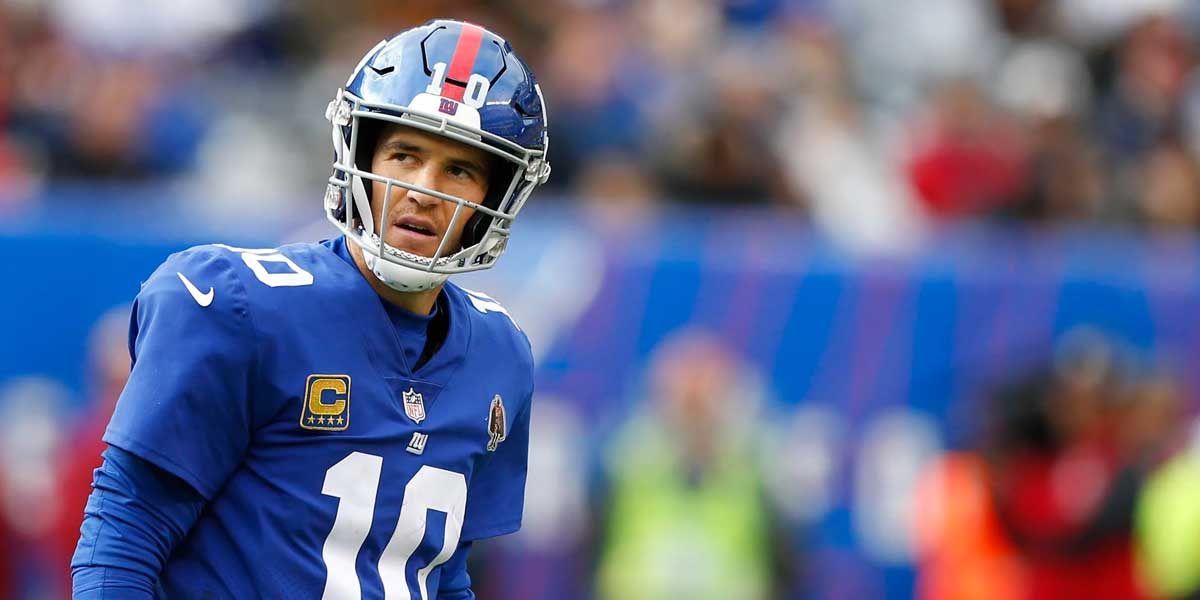 PHILADELPHIA – The NFC East is undergoing a divisional battle on Monday Night Football as the playoffs are still on the line for the home team Eagles. The New York Giants are the visiting team, as they head to Philadelphia on an eight-game losing streak.

However, the main storyline does not focus on the losing streaks of either team (Philadelphia is on their own three-game skid) but rather the return on Eli Manning.

After opening the NFL season for the Giants as the starter, Manning was pulled after two losses in hopes that rookie Daniel Jones could take the reins of the Giants in the right direction. Jones did win the next two games for the Giants, but the team has yet to win a matchup since his last victory.

Now that Manning is back under center, the betting lines have adjusted at US sportsbooks. After opening as 8-point favorites, the Eagles have become the bigger favorite since the line’s opening. However, the line was moved so heavily before the announcement of Manning’s starting role, that it has since backtracked.

In short, the assumption of Jones starting on Monday night caused the line to move from PHI -8 to PHI -10.

As it stands, the Eagles are now -9 as oddsmakers believe having Manning in will help the Giants. After many fluctuations as well, the moneyline for Monday Night Football has also balanced back out. The Eagles (-450) are the heavy favorites over the Giants (+335).

Looking at the scoring projection, the final score may be lower than anticipated, as the opening point total has moved to 45 points after opening 1.5-points higher.

With Manning back under center, the prop bets surrounding Monday Night Football and the Super Bowl champion quarterback have expanded.

Manning is projected to pass for 259.5 yards – something that he did in his first start and nearly accomplished during his second start as well. With 89 pass attempts in his first two games, the strategy may be to move away from the passing attack, giving bettors the confidence to take the under. While the Eagles’ defense has not looked the best this season, they have only allowed 260 passing yards or more once in their last six games.

Manning is also projected to attempt 36.5 passes in the game. He destroyed this mark in both of his previous starts on the season, but this wager may be better left off the sheet tonight. In the last six games, the Giants have attempted 38.3 passes per game with all but one of the matches seeing the Giants see less than 36 passes. With a number this close to their trend, don’t fall victim to betting on this unknown.

Those who have faith in Manning’s ability have various other prop bets to wager on. However, one that stands out the most due to its well-paying odds is the number of interceptions that Manning will throw. Manning has thrown an interception in six of the last eight games he has started, so bettors are definitely riding the over 0.5 interceptions.

However, assuming they will keep the game plan basic for the Giants, taking a chance on less than one interceptions (+165) offers bettors an excellent reward.

No matter which wagers a bettor takes, they will be given plenty of betting options at sites that offer legal sports betting.  The game kicks off at 8:15 p.m. EST and can be viewed on ESPN.