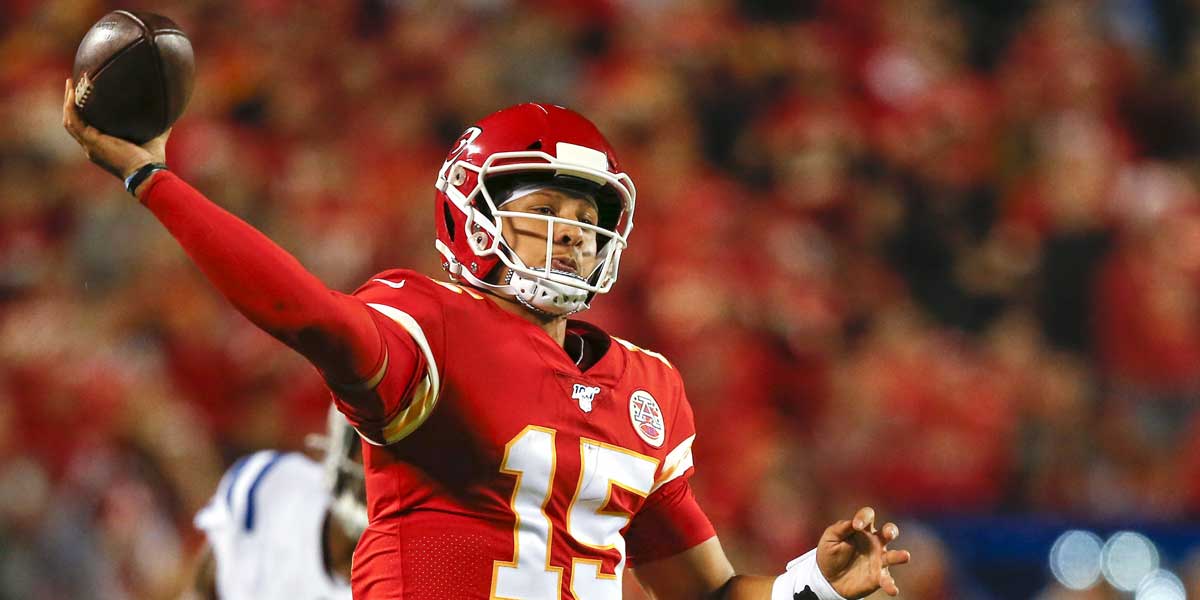 TALLAHASSEE, Fla. – A high-priced wager has been placed at the Westgate Sportsbook on the NFL MVP race. The $22,000 wager was placed on Kansas City Chiefs quarterback Patrick Mahomes to repeat as the NFL MVP this season.

The $22,000 dollar wager to win $20,000 is the highest total bet placed on the NFL MVP race so far this season. The sportsbook didn’t mention who placed the bet.

Another high roller bet was placed on Mahomes at +152 odds to win the MVP award at Circa Sports. The massive wager caused the line to shift, though Sportsbook Manager Chris Bennett did not reveal the exact dollar amount of the Mahomes MVP bet.

“It was a big enough bet to go from plus 152 to minus 123,” Bennett said. “It really motivated me to move his price significantly and raise everybody else. Mahomes is the favorite by a pretty significant margin.”

Both bettors are betting big on Patrick Mahomes to join truly elite company and be the fourth player in NFL history to win back-to-back NFL MVPs.

Mahomes has the shortest odds to win the MVP award this season with sportsbooks listing him at +110. While the odds are favorable, history shows us that it’s not common for a player to win back to back MVP awards. The feat hasn’t been done since Peyton Manning did it in the years 2008 and 2009. Manning also won back to back MVPs in 2003 and 2004, making him the only player in NFL history with two separate back-to-back NFL MVP seasons.

During the Chiefs 4-1 start this season, Mahomes has thrown for a league-leading 1,831 passing yards, 11 touchdowns, and zero interceptions.

Mahomes has kept the Chiefs' passing attack potent while star wide receiver Tyreek Hill has been injured with a shoulder injury, averaging a league-leading 366.2 yards per game this season. When Hill returns to the starting lineup for the Chiefs, it will bolster Mahomes stats and MVP case even more.

“Obviously, it helps to be a quarterback. And his defense is weak enough that he needs to score a lot every game,” Bennett said. “The MVP is on a team going to the playoffs who also fills up the stat sheet. If he keeps doing what he’s doing, I don’t know who can beat him out.”

As the NFL season progresses, the MVP race can feature a lot of flavor of the week type players. The next two players are the biggest threats to keeping Patrick Mahomes from repeating as NFL MVP and making this big bet at Westgate sportsbooks a waste.

Russell Wilson has posted similar numbers to Mahomes while also leading his team to a 4-1 record on the season. Wilson has thrown for 1,409 yards, 12 touchdowns, and no interceptions while completing 73.1% of his passes.

With the season Russell Wilson is having, he now finds himself with the second shortest odds to win the NFL MVP at +950. Even though it’s still early in the season Wilson cannot be ignored in the MVP race this season. The Seahawks have been one of the most dominant teams in the NFC this season and it’s primarily because of Wilson’s elite level of play as he leads the NFL in passer rating with 126.3.

If Wilson continues playing at this elite level and the Seahawks earn a first-round bye in the playoffs, it will be hard not to give the Seahawks quarterback his first career NFL MVP award.

Tom Brady was the last person not named Patrick Mahomes to win the NFL MVP award and he’s won the award three times in his illustrious career. Brady is having another MVP like season through five games he’s thrown for 1,409 yards, 10 touchdowns and two interceptions all while leading the Patriots to an undefeated record.

Brady has the third shortest odds to win the MVP award with US sportsbooks listing him at +1200. The New England Patriots through five games are still +300 favorites to win the Super Bowl this season. The Patriots will need to lean on Brady if the franchise wants to repeat as Super Bowl champions.