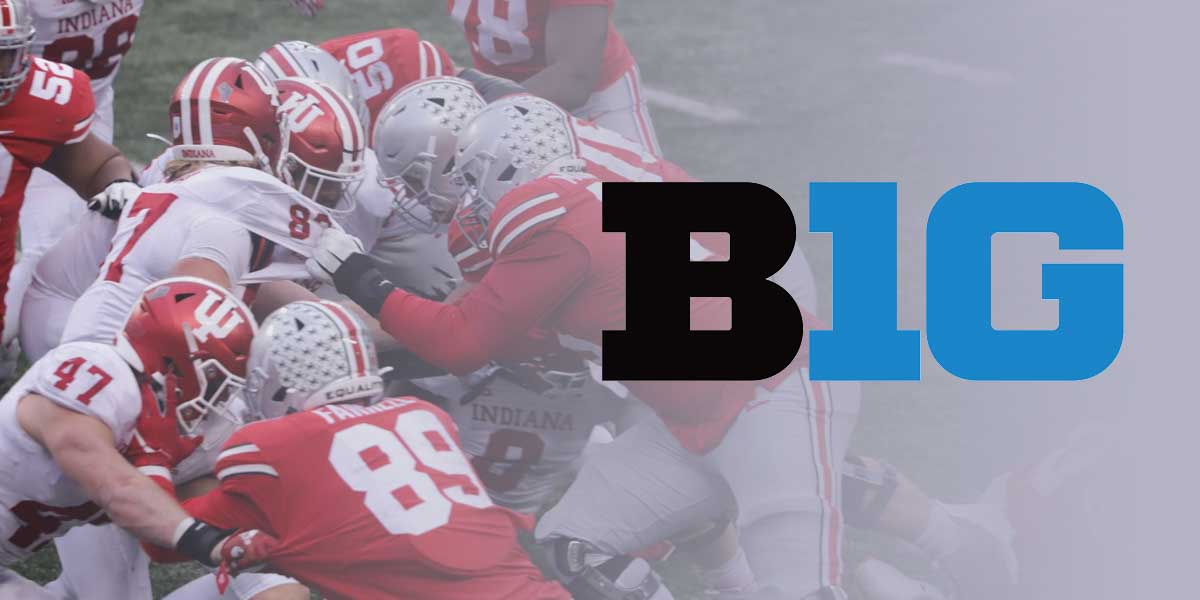 COLUMBUS, Ohio — The Big Ten Conference remains one of the most difficult conferences to forecast in all of College Football. The ongoing COVID-19 pandemic has already forced the conference to start later than normal and the cancellation of games due to the virus has already affected college football betting odds for the conference.

Going into Week 13, the Ohio State Buckeyes were the overwhelming favorite to win their fourth straight Big Ten Title. While the Buckeyes may remain in the driver's seat of the Conference odds there will be major shifts below them.

Outside of Ohio State, the only team with odds shorter than +1000 to win the Big Ten Championship are the Northwestern Wildcats. Expect these odds to open up slightly longer this week because the Wildcats lost to the Michigan State Spartans 29-20.

Oddly enough, this essentially wraps up the West division title for Northwestern. A very 2020 thing.

While it might be safe to assume it’ll be the Ohio State Buckeyes that might not be the case. The Buckeyes have already had two of their games canceled due to COVID-19 and if one more game gets canceled they won’t be eligible for the Big Ten title game.

Ohio State vs. Illinois has been canceled. If the Buckeyes have another game canceled, they won’t be eligible for the Big Ten title game.

What an absolute disaster for the conference and college football.

If the Buckeyes can’t make it to the Big Ten title game they won’t be eligible for the College Football Playoff.

Outside of Ohio State, the West division of the Big Ten Conference is in shambles as the #10 Indiana Hoosiers who had the second shortest odds to win the Big Ten of any team in the West division, lost their starting quarterback Michael Penix Jr. to a torn ACL in their win over the Maryland Terrapins.

#IU QB Michael Penix Jr is expected to miss the rest of the season because of the lower leg injury he suffered on Saturday, per source.

The absence of Penix Jr. should cause the Hoosiers' odds to become longer as he was the sole reason why the team exceeded expectations this season.

Figuring out who will play Northwestern in the Big Ten Championship game won’t be easy and only time will tell as there are various scenarios that could work out. However, what it will come down to is if Ohio State can play enough games and will other teams in the Big Ten be able to even finish the season amid the pandemic.

#IU QB Michael Penix Jr is expected to miss the rest of the season because of the lower leg injury he suffered on Saturday, per source.

With so many questions and little answers the best thing for any Big Ten bettors to do is to wait and see where online sportsbooks shift the odds as the only thing for certain is that they won’t be the same as last weeks.